Ruler of the Ascendant (entire horoscope)

Table: the sign of the Ascendant and its rulers: 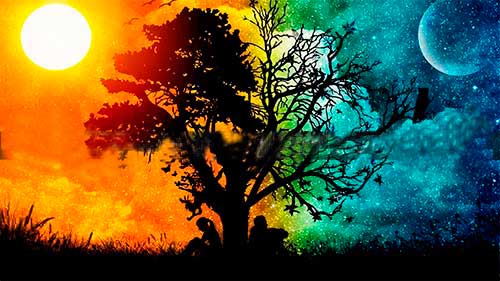 According to the table, we determined the ruler of the ascendant, but in addition to this, it is also necessary to analyze the power of the ruler. If it is in abode or exaltation, such a person will feel more confident in life. If the planet is in exile or fall, this suggests that a person will have to overcome more difficulties.

The planet in the abode – shows the pure qualities available. Such people have a born talent, they do not make any efforts, everything is given to them with ease in the area for which the planet is responsible.

A planet in exaltation – indicates a certain specific talent, it manifests itself more narrowly than a planet in an abode. This is a good guideline for choosing a profession, what you need to strive for.

Planet in exile – indicates a lack of some qualities in the area for which this planet is responsible. The likelihood of problems. This is the lowest energy on the planet.

A planet in decline – shows the lack of qualities in a narrower sphere for which the planet is responsible. Is the opposite of exaltation.

Table: the strength of the planet in the sign

The weakness of a planet that is in fall or exile manifests itself due to the incompatible nature of the sign, the energy of the planet is blocked and cannot be projected. Hence the problems in the sphere of human life, everything is given with difficulty, titanic efforts must be made, a person often steps on the same rake.