Stones on the Natal chart

The position of all planets in a person's horoscope is very important, and undoubtedly makes us who we are at a given moment in time. But everything would be fine if the main planets took good positions in the natal chart . And the individual has reached great heights in his life, both on a physical and spiritual level. Unfortunately, this is rare, and often the planets responsible for our well-being, physical and psychological well-being are affected or weakened. For a quick analysis of the planets, you can use the “Astrodyn” calculation of strength and harmony in the natal chart .

One of the methods of smoothing out the negative consequences of the influence of the planets is the use of mineral and precious stones to strengthen or neutralize a certain planet in the natal, transit chart of your horoscope. 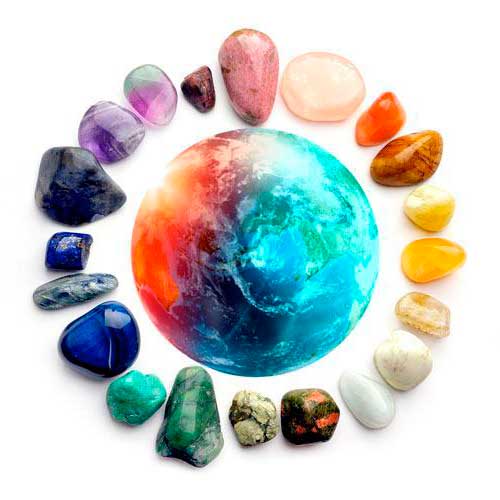 Follow the link: Calculation of the Natal Chart and find out your ascendant and ruler (ruling planet). Further, knowing your planet, select your stone using the information below.

The sun personifies the core of the personality, gives vitality, determines the temperament of a person, his character and inclinations.

A weakened, exhausted Sun, if it is in the 6th , 8th or 12th house , can negatively affect a person and provoke: poor eyesight, heart problems, lack of confidence, weak character, financial problems.

To support and strengthen the sun, you need to wear sunny gems of warm shades: ruby , topaz , chrysolite , aventurine , yellow beryls (heliodor) and diamonds ,  carnelian (carnelian) , red zircon , amber . The maximum effect is achieved if the stone is in a gold setting, since the sun metal (gold) provides additional support.

The moon is responsible for the emotional sphere, perception of life and intuition. Manages body fluids and controls mental activity.

If the Moon is imprisoned in the 10th house or in the fall of the 8th house, as well as weakened in the exaltation of the 2nd house, such a person may suffer from frequent depression, insecurity, anxiety.

To strengthen and support the Moon, you need to wear Moon stones of cold spectrum gems: white pearls , Moonstone (adularia) , aquamarine , white and pale blue opal , belomorite ,  emerald ,  blue beryl , rock crystal , jadeite , cacholong . It is recommended to use a silver or silver-gold frame to increase the effect.

Mars governs our motivation in life, is responsible for resistance and struggle, self-affirmation and sexual energy. This is a very important planet in the natal chart, it shows where energy will be invested, and which area of ​​life will be the most active.

If Mars is weakened or damaged, then the sphere for which Mars is responsible will be subject to various shocks, impulsive actions and conflicts.

Mercury governs intelligence, reaction, coordination. Responsible for decision making, education, trade and investment. Mercury can be weakened in the 6th , 8th or 12th house , as well as in the sign of Pisces. Signs of a weak Mercury can be expressed in weak mental abilities, absent-mindedness, recklessness, and weak self-control. 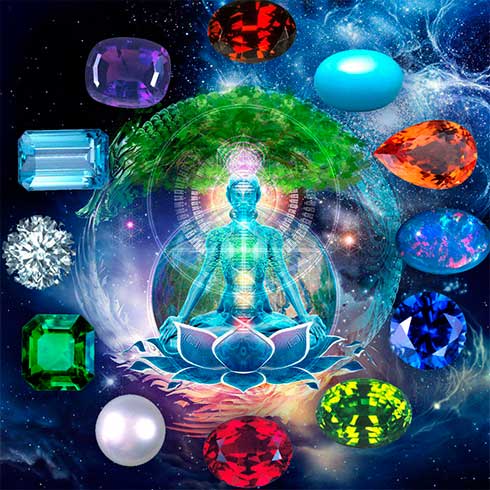 Jupiter is the planet that rules luck, wealth, and success. Responsible for the immune system and optimism in life. A weakened Jupiter can affect the lack of joy, enthusiasm, such a person may think that life is meaningless. Jupiter can be weakened in Capricorn and in unsuitable houses in the 6th , 8th and 12th house.

Venus rules love and romance, is responsible for beauty and the reproductive system. A person with a weak Venus can be aggressive, vulgar, and impolite. Such people have great difficulty expressing their feelings. Problems on the personal front, lack of tender feelings, all these are signs of a defeated Venus.

As a rule, Venus is weakened in the sign of Virgo , and the houses that are not suitable for her: 6th and 8th . It has an unfavorable effect on Venus with bad aspects with the luminous Sun, and the planets Saturn and Mars.

Saturn is the planet of responsibility and limitation. Responsible for stability and reputation, success and prosperity. Symbolizes hard work, endurance and a conservative attitude. People with a weak Saturn are prone to frequent stress during movement and travel, they often have a fear of flying – aerophobia.

The weakening of Saturn occurs in the sign of Aries, in the unsuitable houses of the 8th and 12th , as well as with bad aspects of the Sun and Mars.

Uranus is the planet of freedom and independent thinking. She is responsible for new ideas, electronics, electricity, occultism and magic. With a strong Uranus, a person may have psychic abilities. In predictive astrology, special attention is paid to the transits Uranus – Mars and Mars – Uranus, such transits can act as a trigger in a weak Uranus, and can cause unexpected drastic changes in the fate of a person: illness, injury, injury.

Uranus can be weakened in the sign of Leo, as well as in houses 1 , 5 , 7 and 10 . To maintain and strengthen Uranus, mineral stones are used: lapis lazuli , agate , obsidian , chrysoprase , amber , jasper , amethyst .

Neptune is the planet of dreams, fantasies and illusions. She is responsible for high forms of art and love, as well as addictions and addictions. A person with a strong Neptune does not fall under the influence of alcohol and drug addiction. On the contrary, with the struck Neptune, it easily picks up any addiction.

The weakening of Neptune is caused by bad aspects: Neptune square with Saturn or square with Mars.

Pluto is the planet of creative power and higher intelligence. Pluto is considered a sign of a whole generation; it has been in one zodiac sign for a quarter of a century. Unlike Uranus, Pluto acts slowly, gradually accumulating its energy, slowly seizing it, without shock therapy.

To strengthen Pluto I use stones: tourmaline , dark diamond , rauchtopaz .