Opal – the magical properties of the stone

Opal is a gemstone with a rich history. It is one of the forms of amorphous silicon dioxide hydrate. It is classified as a mineraloid and is not a mineral. It exists on all continents, but 97% of the world's total opal supply is mined in Australia. According to its value, it is divided into two main groups: noble opal, and general.

Noble opal  is famous for its ability to play with light with iridescent tints, the color is varied: milky, blue, red, yellowish and even black (Black opal). The main criterion for noble opals is translucency and translucency.

Opal has been known to mankind since at least 250 BC. e., after it was inserted into the crown of the Roman emperor Constantine. He believed that this stone protects his life and imperial power. In his stories, he mentioned the miracle property of this stone, which allowed him to become invisible. Naturally, after this, opal became the talisman of all thieves. 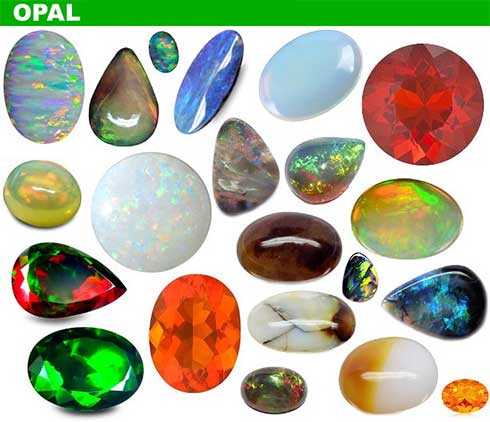 Healing and magical properties of opals

Opal is a gem of beauty, charm, wealth and divine grace. Talismans made from this stone restore strength in tourist travel and long trips. They also attract financial well-being.

In metaphysics, the vibrations of opal affect the 7th chakra of the Sahasrar in the parietal region of the head, which is responsible for spiritual synthesis and overcoming the barrier of the brain.

Psychics and parapsychologists use opal in magic spells, as this stone can be charged with any type of energy. It is also used as a talisman during astral travel. He is able to telepathically influence other people, but only if used for protection.

An opal talisman enhances foresight, intuition, or as it is commonly called the sixth sense. It is believed that the energy of water and fire is contained in this stone and its healing properties help the heart, calm the nerves, restore vision, improve the functioning of the pituitary gland and pineal gland in the brain.

One of the negative qualities of opal is the intensity of passions and deceptive hopes, so people with a weak character should avoid wearing this stone. He can induce unreasonable actions. Opal enhances the emotions that you hold onto, and if they are negative talisman from opal will only harm. It is best to wear this stone when you are ready, with pure thoughts and no negative burden. Opal's maximum energy reaches its peak in October. 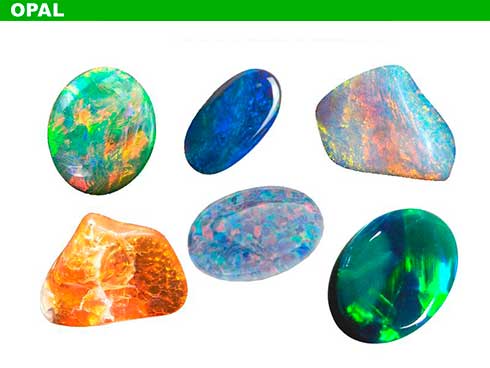 Opal for the signs of the zodiac

In astrology, opal is considered the guardian of the signs of Scorpio and Pisces. For the rest of the signs, it is recommended to wear opal only for people with a strong spirit. The stone is also not recommended for those born in the years of the fire tiger and water snake.