Libra and Aries are the exact opposite of each other. And they, as you know, always attract. Therefore, representatives of two signs cannot live without each other, but at the same time, they are constantly in silent confrontation. Perfectly complementing each other, Libra and Aries either quickly rub in, or Baran is constantly trying to prove his unconditional rightness. 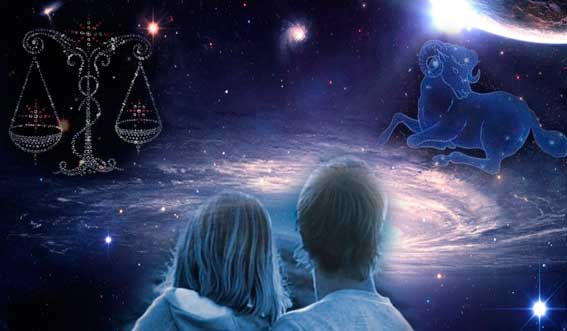 The compatibility of the signs of Libra and Aries is a very abstract concept and depends on many factors. Aries people are accustomed to the fact that every day of their life is a bright fussy holiday, where there is no place for balanced calmness, boring gazing at others and measured actions. Libra, on the other hand, is almost always in a state of equilibrium. They will never rush headlong into the whirlpool of events, and, choosing between a noisy company and a quiet pastime, they will give preference to the second option.

Libra are the favorites of Venus, which gives them a tremendous charge of optimism, personal charm and unrivaled charisma. And if the Baran does something quickly at first, and only then begins to think about whether the decision was made correctly, then the Libra people, on the contrary, think a lot and doubt before deciding on any more or less important act in own life. Both suffer the same from the consequences of the wrong choice, only Aries quickly find the strength to forget about losses and move on.
Aries never admit that somewhere deep in their souls, very, very deeply, they envy, but at the same time admire those qualities that they do not have, but which they observe in Libra. For example, people who were born under the astrological sign of Libra know how to find a common language with almost everyone, from small children to solid and serious bosses at work. They will never get into a conflict situation first, and if a conflict does occur, Libra will make every effort to resolve it in a peaceful way, without sinking into banal rudeness and a showdown. Aries can only dream of such peace of mind. After all, Mars, which is the patron saint of Rams, pushes them to solve problems using more aggressive methods. But in this aspect, the compatibility of the signs of Libra and Aries indicates that
When asking about something important, Libra rarely feels on an equal footing with the person to whom they ask questions. At this moment, they become very vulnerable and sensitive, any unkind and harsh word in response can hurt them very much. Aries, on the contrary, ask their questions in such a tone that they turn into real orders, which should be followed in the first place, otherwise everyone around will be very bad. Aries' tone, when they talk about something important, becomes commanding. The ram should always get what he wants, and no matter what methods and ways he will get it. Libra knows how to persuade even the most intractable interlocutor. They have a quiet, calm voice that lulls and makes you look at the situation in a completely different way.

Will Libra and Aries get along under the same roof?

The compatibility of the signs of Libra and Aries is not a myth, but a real reality. The life of these two signs together is a beautiful pleasant fairy tale, where there is a place for noble deeds, passionate quarrels, confidential conversations, and mutual concessions. Fire, which is personified by Aries people and Air, which is represented by Libra, can be harmoniously combined with each other. Without Air, Fire simply ceases to exist. The ram may not be afraid that Libra will constantly suppress its individuality and remake it for itself. Balanced favorites of Venus will easily find an approach to the wayward and obstinate Aries, because they do not need to constantly prove their superiority. 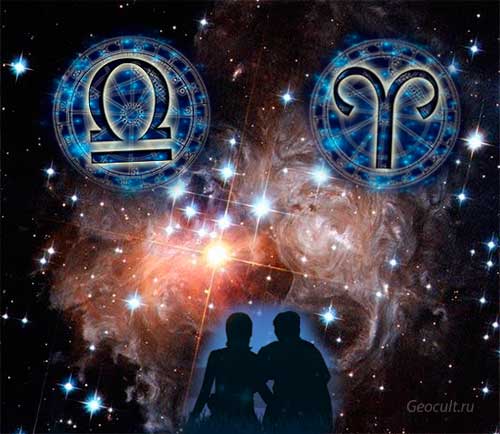 Honesty and nobility are the necessary qualities that Aries is looking for in his partner. And Libra can please their beloved Rams with these character traits. The main thing is to show your true feelings more often.
Practice shows that the compatibility of Libra and Aries is quite high. Just do not forget that any relationship is, first of all, work. Libra needs to be more patient with the impudent representatives of the fire sign. For example, when entering into an argument, Aries wants to demonstrate that they are right, even if they are wrong. For Libra, the most important thing is to achieve understanding and restore peace.
Being in constant interaction, Aries can learn a lot from Libra. After the Ram realizes that Libra does not claim the main role in their union, he will secretly admire their patience and mental fortitude. Aries will also want to become more tolerant and balanced.