Scorpio and Aries are ruled by the same planet – Mars, but they belong to different elements. They are both passionate natures, which is why they are very attracted to each other. If love flares up between these signs, then this is for a long time. The unpredictability of the relationship inspires them, and the same character traits – emotionality, perseverance and dedication – make the compatibility of Scorpio and Aries harmonious. 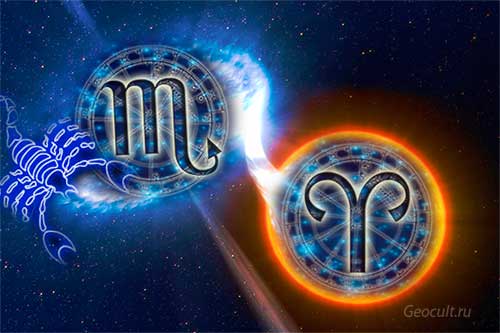 Fire and Water are two completely different elements, but thanks to the influence of Mars, they are both hot-tempered. Because of this, they often have disagreements, and they absolutely do not know how to give in. Everyone will stand their ground. From this, their relationship is built on emotions, and they need them to maintain something new, unknown. They need manifestations of jealousy, violent sex, while they behave independently of each other. Both signs are freedom-loving, and they do not infringe on a partner in this, building relationships on equality, respect and trust.

The compatibility of the signs of Scorpio and Aries in a love relationship is unpredictable. The signs have different characters, which makes it difficult for them to understand each other. Aries always strives for independence for extreme actions, and Scorpio is more pessimistic and he tries to look for variety not on his own, but in a pair. At its core, it is more aggressive and tough. He is very purposeful and always tries to achieve his goal. For their execution, he is ready for anything. Scorpio's temperament has everything for this: pride, self-confidence, in the right situation, he is able to show arrogance and irritability. This is a very strong sign, but Aries is able to suppress it with their leadership talent. Scorpio becomes softer next to him, but at the same time he is able to inspire him with his willpower. Aries is more focused on their career and strives to achieve a lot, not stopping there. He always behaves optimistically and tries to try everything in life. He needs new sensations, without them he enters a state of inhibition. Also, Aries are very stubborn and always do as they want, without listening to anyone's advice. It is near the Scorpions that they are more relaxed, because Water is able to calm the flame of Fire.

Astrologers predict happiness and a long union for such a couple, but emotions will still manifest themselves very brightly. Behind the loud quarrels are violent reconciliations of suffering. Life will provide them with a lot of lessons through which they will learn to be kinder towards each other and show respect. Confident Scorpio is able to instill pride in her man and inspire him to act. He will show devotion to her, loyalty, gratitude. Over time, they will understand each other without further ado.

Such a marriage will become happy if a woman constantly supports Scorpio on a wave of passion. It should be bright, seductive with great imagination. He will demand from her loyalty and full dedication. 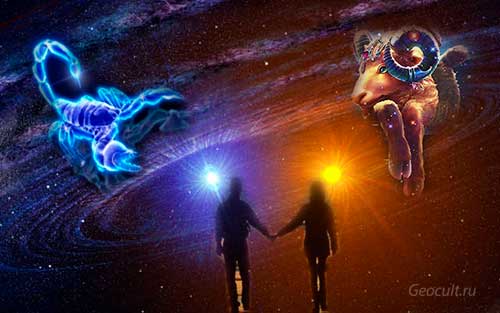 Only then will he behave accordingly in order to be on an equal footing with her. They will inspire each other for achievements in the career ladder, look in the same direction and achieve common goals. It won't be easy due to the different personalities, but this mystery in the partner will inspire them to take action to keep up. There will be difficulties, but you need to learn to compromise, forgetting about your pride.

Scorpio and Aries compatibility at work

The working relationship of these signs will be perfect. They both prefer even and decent people who are not able to do anything behind the back of their colleagues. Both Aries and Scorpio are workaholics who do not tolerate the laziness of employees, but since these are two leaders, if they are colleagues, an aggressive power struggle will occur. At the same time, in order to achieve common goals, they are able to move mountains. Difficulties will arise if Aries is subordinate. He will always be reluctant to take orders from a strict boss.

In this area, the signs fit together perfectly. Both want to try a lot, while agreeing to the most extreme experiments. Both have very well-developed imaginations, and they often embody it, inventing new ones. They are not embarrassed by their desires when discussing them with a partner. The monotony of intimate relationships will tire them, which can break their union. Sex for Aries and Scorpio is the most important thing. Through it, they pour out their emotions and are charged for new achievements. Both signs need to feel the support of a partner in their sexuality.

Astrologers consider friendship between these signs almost impossible. They are both stubborn, rarely able to yield, insist on their own, and not respect each other's interests. If this is a man and a woman, then an intimate relationship will soon be established between them. Friendship doesn't come here.