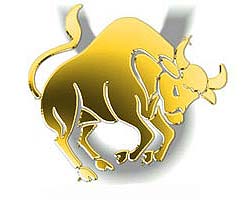 Bull (Ox) is an animal that belongs to the Yin group. He is in second place in the Chinese horoscope, and controls the time interval from 1 hour to 3 am . The Bull's season is winter, and the best period is January. In the European zodiac, the Ox corresponds to Capricorn. Their Color is green. Plants and Flowers that bring them good luck are sage, hops, thyme, peony and violet. Favorable countries for people born under the sign of the Ox are Venezuela, Argentina, Nigeria, Zealand, New, Jordan, Syria, Palestine, Cyprus.

Years of the Ox in our century

FAMOUS PEOPLE BORN IN THE YEAR OF THE BULL (VOLA) 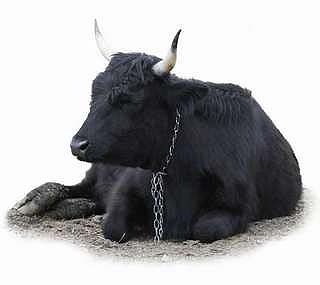 The bull (Ox) is a northern animal, it belongs to the time of the winter solstice. He was reborn from the belly of a thousand-year-old pine tree, from the moist soil of a rice field. The ox helps the farmers in their hard work and is not killed for human food. The ancient Chinese philosopher Lao Tzu traveled on it in search of immortality. In the mythology of China, it is mentioned many times that this transcendental Ox (Ox) helps people live for millennia. Therefore, as a rule, many centenarians are born this year.

There are no good or bad animals in nature, they complement each other, creating general harmony. It is pleasant to watch the Bull when he plows the land in order to get its fruits. He works slowly, calmly, patiently, it seems that nothing can stop him. The bull does not tolerate hack-work, by this he perfectly personifies his earthly element, a heavy dense substance, the basis of which is made up of intertwined roots, humus, clay and stones. Everything grows on the earth and we walk on it, the Bull turns it over, trying to achieve maximum fertility from it.

For all peoples, the Bull is a faithful helper of man, he pulls a heavy load on himself, seizing the virgin land and always moving forward. It is a symbol of passive wisdom, inviolability and inaccessibility. In Asia, the Ox (Ox) is honored and respected. In India, cows are symbols of fertility, motherhood, they are considered sacred animals. They give the Hindus milk, which is considered the staple food in India.

In Greek mythology, the hero Theseus follows the bull, going down into the labyrinth in search of the Minotaur. In Dante's Divine Comedy, bulls stand guard over the underworld. Even Jupiter turned into a bull to kidnap the beautiful Europa. Ovid in his “Metamorphoses” says that the bull roars and “carries its beautiful forms” for a walk through soft meadows. He is white as snow, his neck is muscular, the dewlap reaches his shoulders, small horns are jewelry work. His forehead is not threatening, his eyes are not terrible. His body bears the seal of peacefulness. Europe, daughter of King Agenor, was surprised to see such a handsome man. Even with his meekness, she was afraid to touch him. He lay down at her feet, and she confided in him, sitting on his soft hide. The bull rose to his mighty feet and carried the prey out to sea. They sailed for a long time through the boundless abyss – the great Poseidon himself accompanied the travelers, showing his brother the way to earth. Probably, it was not in vain that the great god chose this humble, lonely animal with a huge inner world. Thus, Jupiter lures his beloved into the labyrinths of a bottomless heart. Perhaps that is why the Ox (Ox) denotes your own I.

A bull (Ox) cannot live without communication with his mother – nature. He even associates his leisure time with her. It is soothed by fragrant fields, tranquil gardens and tranquil expanses. He does not like to make mistakes, to find himself in the grip of circumstances and to be lost in the crowd. It often happens in places where there are few people, by a calm lake or in a country villa. 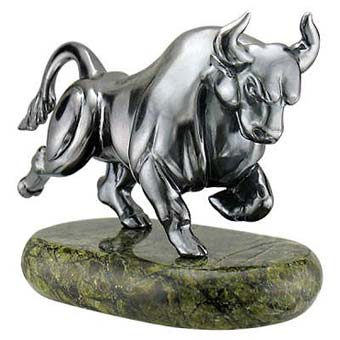 Although the Bull (Ox) was one of the first to come to the call of the Buddha, he still remains a slow, calm, animal incapable of reckless actions. But what is the reason that the Bull (Ox) came second? We know that there are faster animals, for example the Tiger, who decided to hunt on the way; A snake that decided to bask in the sun, etc. That is, as you can see, none of the animals was able to concentrate their attention, and in this case the Ox (Ox) showed its striving activity. He slowly walked along the beaten path, chewing his gum, thus accumulating energy reserves. And he always spends it carefully, he looks after himself, looking at himself as if from the side. The bull (Ox) is waiting for the moment when he, as a strategist, can join the battle. Perhaps this is how he misleads his enemy, because at first glance it creates the impression of a half-asleep, not taking any part in the actions of the animal. And nothing can throw him off balance, if there are no objective reasons for this. He is accustomed to constantly working, selflessly giving himself to his relatives and friends. And when he starts to move, it creates the impression of an impressive movement. As if waves pass through his muscles and he goes straight to the target, throwing the enemy aside.

BULL (OLE) AND HIS LIFE

The Ox (Ox) is very happy when he is born in winter, for him summer brings various difficulties associated with hard work. As a rule, Bulls born in summer live a more difficult life, full of various troubles.

The Ox's youth and childhood usually passes without complications. They study, work, and they do not have time for all sorts of nonsense. The bull (Ox) is a very dreamy animal, because of this, in his mature years he is often haunted by disappointments. The bull cannot be called touchy, he knows how to handle feelings. Therefore, outpourings from others are alien to them, sometimes they even make them laugh.

In the second half of their life, they often have difficulties in their personal lives, partners take offense at indifference and often look for romance on the side that is absent in their home. If the Ox can settle such issues, he can easily destroy his personal life.

In old age, the Bulls will also face difficulties, and if they overcome them, life will be very calm and prosperous. As a rule, Bulls live a stable, monotonous life, while living up to old age, in good material well-being. At the end of their lives, they calm down completely and learn to be indulgent.

THE CHARACTER OF THE BULL (OX)

Bulls (Oxen) are patient and calm. When their goal is chosen, they will go towards it slowly, but they will never go astray, they will accurately and confidently reach it. These people have an intelligent and original nature, which they hide behind a dull appearance. Bulls (Oxen) have the gift of instilling confidence in themselves, which is often a good trump card. Bulls do not like aggression, therefore, if you go to them with an unpleasant mission, it is better to stock up on maximum diplomacy, for your safety reasons it is better to lie. And if all these measures did not help and the Bull (Ox) still broke, then you may not be good at it. 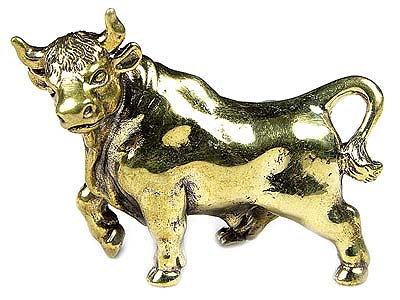 By nature, Bulls are contemplators, they like to be alone! Bulls often have a choleric temperament, so they are easily excitable and often prone to outbursts of anger. Such people are workaholics. Their home is in perfect order, they are practical and tidy, always ready to help. This is often the envy of the surrounding people. But if something interferes with the Bulls, they can easily explode while sweeping away everything in their path.

Bulls are secretive, but if necessary, they can show eloquence. People who were born under the sign of the Bull do not at all like those news and novelties that can easily disrupt the rhythm of their life. They are one hundred percent conservatives who did not recognize innovations, so they can impose their view not only on their loved ones, but also on those around them.

Bulls are very hardworking and diligent workers, because of this they are often assigned a great responsibility, they really like this burden. Bulls are hardy, tenacious and will never transgress their moral ideals. They are often shocked by obscene manners and unkempt clothes, they feel uncomfortable with obscene behavior, at the same time they cannot be called scrupulous either. They know where and when, they can talk. People under the sign of the Bull have innate solid principles, but they cannot be denied originality either. Such people are Individualists who are distinguished by their independence from others. Bulls also have disadvantages, they do not know how to weigh and compare at all. This happens because of the inner world, which cannot stand subtle nuances, these people distinguish only black and white.

People under the sign of the Ox cannot be accused of excessive communication, they are loyal friends who never give up their affairs and responsibilities. From early childhood, Bulls people find true friends and never part with them. If suddenly, by coincidence of life circumstances, their friends disappear, Bulls feel a deep emptiness in themselves and cannot find new friends. All this happens due to a sedentary lifestyle and constancy, if they doubt something, then they do not express it out loud. But the reaction from them is instant, they believe that one cannot be weak. Bulls love to create and act, and not flatter about everyday problems. 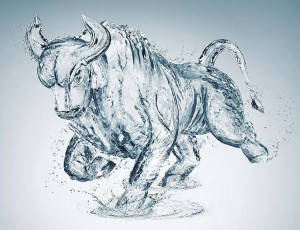 People under the sign of the Ox can be trusted and you can always rely on them. It is very rare to see a smile on their face, apparently, they do not understand humor well. It happens that a bad joke easily pisses them off. But as interlocutors about real plans and deeds, they look very solid. Bulls often pretend that they do not hear any nuances. Sometimes they can persist without taking helpful advice. Bulls are not used to admitting mistakes. But at the same time, they do not take bribes and are honest with everyone.

Often the Bulls are condemned too harshly, due to the fact that they do not show their dignity, they believe that people should be perceived as they are. Bulls deserve special attention, they are kind and modest, and are liked by those who value reliability.

Their most basic gift is hard work, patience and poise. But there is also a negative coincidence when people born under the sign of the Ox do not understand the inner world of their partner, and this makes them bad players.