The combination is quite harmonious and rich in its spiritual content. The compatibility of the signs of Capricorn and Pisces suggests the possibility of working cooperation, devoted friendship, deep feelings and creating a family. Capricorn brings stability and monumentality to this union, and Pisces surrounds the chosen one with an aura of sensuality and romance. Thus, Pisces feel completely safe and completely obey their partner. A representative of the earthly element receives what he lacks from nature – the ability to boldly express his feelings, while maintaining external nobility. With Pisces, Capricorn’s life becomes an order of magnitude richer and more diverse, without damaging his own safety. 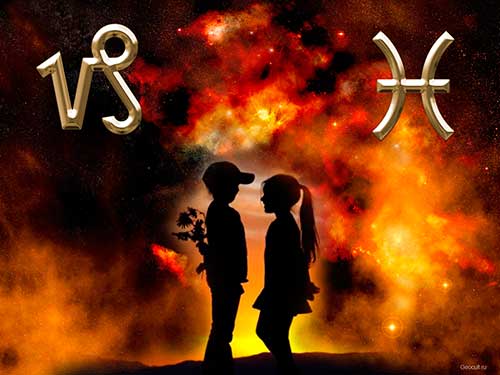 The intimate life of partners, with a real deep feeling, will lead them to the peak of bliss, where they will achieve complete physical and spiritual unity. Sexual compatibility of Capricorn and Pisces determines the leading role of Capricorn in the bedroom. Pisces will gladly follow the instructions of the beloved, while surrounding him with tenderness and sincere care. A good emotional tandem: both partners seem to be charged from each other, perfectly complementing their mutual qualities.

The Capricorn man is a typical head of the family. He is used to solving important issues, working hard and providing for his family. The Pisces woman will be a good companion for him. She is attracted by the dedication of Capricorn and perseverance in everything.

In this union, everyone can get what he lacks. Lady Pisces will feel safe next to such a strong and strong-willed partner, and her man will be sure that a loving tender wife is waiting for him at home, who will delight him with her sincerity and surround him with romance.

There are also disadvantages that violate the harmony between lovers. The fish constantly needs confirmation of feelings. She not only wants to give her partner love, but also to feel attention from him. However, Capricorn is constantly working, and you will not wait for the manifestation of tenderness from him. On the other hand, Capricorn would like to see his woman more focused on earthly affairs, and the need to constantly return her from the fantasy world over time may begin to oppress him.

In general, the relationship has good prospects, a long-term harmonious union can be formed, which will give a lot of happiness to those in love. There are disagreements, but they can be overcome.

The Capricorn woman is strong in spirit and stands firmly on her feet. She does everything according to the rules, observes traditions and does not want to deviate from the intended path. 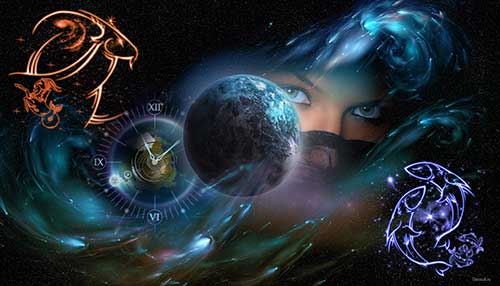 A distinctive feature of this earthly lady is the cult of the family, which has been developed in her since birth. This also applies to her parents and the future spouse along with the children. A Pisces man who marries such a woman will be absolutely sure of her devotion and determination to do everything that is required to maintain peace and harmony in the relationship. A representative of the water element is more relaxed next to such a lady and feels quite comfortable. At the same time, Capricorn will control the family ship, and Pisces will happily follow in the given direction. However, the Capricorn lady should not be too intrusive to demonstrate her control over her partner. He should feel that he is free in his actions, and their relationship is precisely a relationship, and not a tough dictate on the part of his chosen one.

These relationships are very multifaceted and greatly enrich both partners. There is love, romance, care, and a solid material foundation here. Perhaps this is enough for a long and happy union.

The compatibility of Capricorn and Pisces becomes the basis for fruitful cooperation. Together they do an excellent job of organizing and theorizing, perfectly complementing each other’s business qualities. The emotional background in such a tandem is quite favorable, which contributes to successful activities.