Capricorn and Taurus have the same personality traits, which allows them to get along well with each other. They both belong to the elements of the Earth, respect their homeland, their native nest, where they spent their childhood, and their parents. They do not strive to get out even from a small town, but want to succeed exactly where they grew up. The signs honor family traditions, always listen to the advice of the older generation and also dream of raising their children. Capricorn and Taurus compatibility is ideal in many ways: in love, in marriage, in sex life, in business relationships and in friendship. 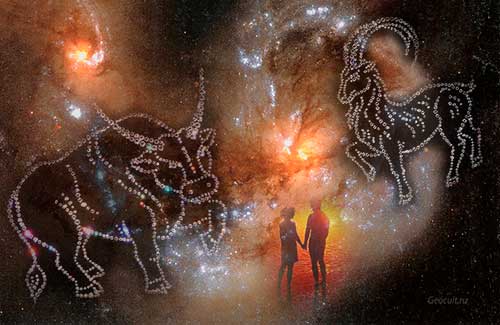 They float smoothly with the flow, and they are satisfied with everything. Both signs do not understand people who often change jobs, try to “jump over their heads.” Often they do not pay attention to their advice and reproaches, knowing exactly what they themselves want.

When Capricorn and Taurus meet, they immediately become like-minded people and allies. They look at life in the same way, do not like to dream, but to achieve everything with work. Both signs are satisfied with a monotonous job, which they know well and do well with it. They are often accused of workaholism. They are modest and restrained, they do not strain over trifles, but at the same time they are boring, they are afraid to try new things, although this unites such a couple even more. The compatibility of a Capricorn and Taurus pair would seem perfect, but still it is not. Against the background of work, the dismissal of Capricorn can become a stumbling block. For Taurus, who is used to living stably, without any changes, this becomes a blow, and he begins to constantly reproach his partner. Capricorn is a stubborn sign who loves to work hard and at the same time earns good money, but if he loses his job, he is lost. He is not ready to immediately take on what they give, but will try to find a similar job so that he does not need to travel somewhere, and the skills required are exactly the same as his. Taurus will not understand him in this, it is important for him that everything returns to its place, and Capricorn finds a job. Due to the lack of wisdom of Taurus, such quarrels can lead to separation.

In general, the union of two representatives of the earth element is harmonious, therefore the compatibility of Taurus and Capricorn is high. They are both reliable, loyal, they have no craving for travel. These are two “home” signs, which, after working days, are drawn to sit quietly at the computer or at the TV. Often these signs live with their parents for a long time because they do not want to change old habits. They like it when they are looked after, when they are not too stressed, they love, and they can calmly go about their business. Taurus and Capricorn are frugal. Thanks to this, they do not have disagreements in terms of the family budget.

Taurus and Capricorn compatibility, when Capricorn is a man

Taurus and Capricorn compatibility in this case is the best. In a relationship, they understand each other without words. Taurus loves stability, just like Capricorns. They become excellent housewives, love to look after, cook, which Capricorn really likes. 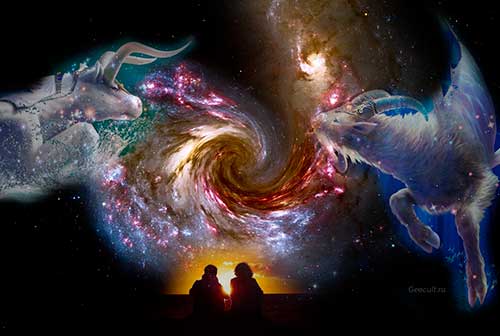 They calmly go to work, knowing that they will come to where they are expected and loved. They are confident in the loyalty of Taurus and her calm nature. Quarrels in such a pair, if they arise, are rare. They both do not like noisy showdowns and avoid family conflicts. Capricorn loves to feel in charge, and Taurus gives him full leadership. Such a couple will live so quietly for many years, provided that they learn to get along with persistent relatives who are ready to constantly give unnecessary advice. Especially, friction occurs between Capricorn and his mother-in-law.

Taurus will always admire the independence of the Capricorn woman, her hard work, honesty, restraint. He likes her calmness in relation to everything. Even in a bad mood, Taurus and Capricorn have a complete understanding. They both know how to get away from bad thoughts and spend time to their advantage. One will never reproach the other for this if that whole evening is occupied with what he loves. In this regard, the compatibility of Capricorn and Taurus is very high.

Sometimes in a pair of Taurus – a man and a Capricorn – a woman can have serious conflicts against the background of her sensuality and love for him. As Taurus is used to the relationship of his father and mother, so soon he will demand this from his wife. If his mother was caring, gentle, economic, he wants to see the same in Capricorn. She can not always give it to him. Sometimes she needs rest, but Taurus is not able to understand this.

Both signs have a strong interest in each other and a powerful sexual desire. Their intimate life cannot be called diverse and it is without much imagination, but it will suit both. They like consistency and regularity, they are both passionate natures. Leadership will always be with Capricorn, who will sometimes follow feelings and spontaneity. Taurus will not like it, but he is ready to get used to the strange addictions of his partner. From this we can conclude: the compatibility of Capricorn and Taurus sexually is above average. They suit each other, and they do not need anything supernatural.