This couple attracts numerous gazes wherever they are. It is easy to see them in the crowd – after all, they always shine, possessing special manners and bright clothes. 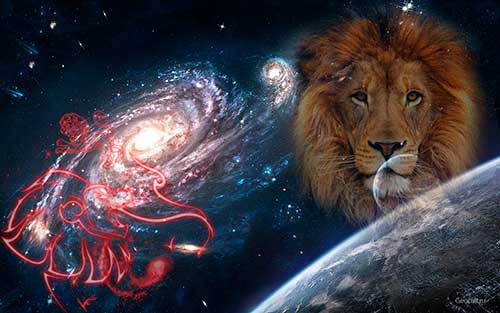 Their main desire is to make others admire their splendor. Despite the fact that everyone in society envies them, the compatibility of the signs Leo and Leo can be characterized as constant rivalry. Their relationship is as bright and interesting as they are. However, not a single member of the feline family is ready to admit the superiority of a partner. At the same time, the Lioness is also a rather capricious creature, she constantly annoys Leo with her tantrums.

The life of two Lions is all about ups and downs. In money, they are very careless – their finances quickly evaporate, since the royal family should not have to restrain itself in spending. When livelihoods run out, Leos can easily shift the burden of their maintenance onto friends and acquaintances, whom this couple has quite a lot.

The relationship between Leo and Lioness will not last long, since they cannot tolerate competition next to them. Their goal is to achieve complete and unconditional worship of others, and they do not know how to divide power between two.

The compatibility of Leo and Leo will turn out to be quite acceptable if these big cats have a common cause that will take up a considerable share of their pastime and will be really important. This will unite them, force them to join forces to achieve a common goal, forgetting about rivalry. In addition, Leos, who have recognized equality, are able to give each other a constant conviction of their exclusivity. Everyone is ready to masterfully present a partner with a daily portion of sincere admiration, while not stopping to rude flattery. If Leo finds the strength to stop the competition, he will have a great reward – an ideal friend and life companion in the person of another Leo.

If royal cats form a family, then absolute patriarchy will rule here. Leo will force the capricious Lioness to obey, if necessary, giving a slap for inappropriate behavior. The upbringing of little lion offspring will fall entirely to the female.

The compatibility of the signs Leo and Leo in the bedroom can be characterized as positive. Both are romantic and at the same time very assertive. If they alternate roles, giving each other the spotlight, their sexual relationship will be excellent. In fact, each of them, like no one else, knows how to please a partner, because these fiery cats are like two twins: they feel the desires and weaknesses of each other.

The lioness was not born to tinker with the household at all. She is a real queen, and should shine in society. Most of these women are much more willing to choose a career than a happy marriage and household. However, not everything turns out to be so unambiguous when the Lioness meets on her way a man – the king of beasts.

A proud Lioness can recognize a Leo man right away: he is gorgeous, his mane is delightful, his smile is snow-white, and his relaxed posture hides his strong character and iron will. Of course, for a Lioness, a Leo man is ideal, no matter how you look at it. He is generous and noble, but at the same time incredibly proud and sensitive. 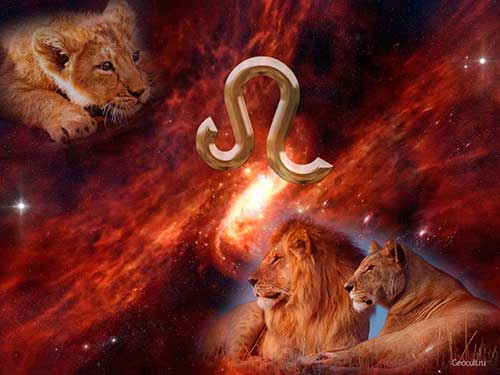 However, here the compatibility of the signs Leo and Leo runs into a serious obstacle. A lioness who can so easily subjugate the entire zodiacal circle to her power cannot cope with the chosen one. Now she is in his power, and in order to keep the relationship, the Lioness will have to make sacrifices.

A lion cannot bear if his female earns more than he does. Therefore, the Lioness will be forced to either sacrifice her career altogether, or share laurels with Leo, convincing him that without him she would not have been able to take a step. Ideally, in the relationship between Leo and Lioness, he earns well and realizes himself in his favorite profession, and she is sincerely ready to take care of the house and show constant admiration for her incomparable male. Then between them there will be complete harmony and quiet serene happiness.

Conflicts most often arise from Leo's wounded pride. The reason may be jealousy, and not only to another man, but also to career success or other achievements. Leo must emerge victorious from any situation, otherwise it cannot be. Otherwise, he will turn from the king of beasts into an embittered gloomy grumbler who will certainly not be interesting to his Lioness.

In the event of separation, each of the partners can by all means try to prove that he has already consoled himself in the arms of another person. However, this is unlikely to be so: it is not so easy for them to find an equal, and getting along with slaves means stepping over their ego.

In general, the compatibility of the signs Leo and Leo is full of indomitable passion and energy. The main task of partners is to direct them in the right direction.

Business compatibility of the signs Leo and Leo , although characterized by frequent conflicts, is still quite productive. For them, the statement “truth is born in a dispute” is true. The assertiveness and energy of each partner will be for the good of the common cause, as well as their rivalry. Conflicts are quickly smoothed out, and Leos behave quite decently, trying to get ahead of their fellow competitor in solving the assigned tasks. For the company, such cooperation bears good fruit.