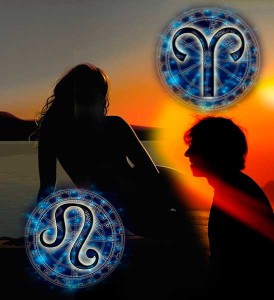 Leo and Aries are usually a very beautiful couple who have a lot in common, both in character and in disposition. They can easily and quickly have relationships: partners seem to be attracted to each other by a magnet. Both signs are characterized by desire and excessive activity for action. Aries, in turn, is impulsive, and Leo is in constant tone. Each of the partners strives for self-realization. However, long-term unions are rare, since only true love and sacrifice can save a marriage from self-destruction. The compatibility of the signs of Leo and Aries would be ideal if Leo begins to show gratitude, generosity in compliments and expressions of affection.

Leo, very brave and brave, capable of overcoming various obstacles and obstacles, both in life and on the path to love, but his actions change dramatically in marriage. Most often, life presents Leo with such partners that after a while he forgets that he is the King of beasts. It is to such satellites that Aries belongs.

Features of the characters of Leo and Aries

If in fairy tales and in nature all animals tremble before Leo, then in life, he trembles before Aries. The partners have approximately the same passion and ardor. But in Aries, his volcanic activity has some kind of cyclicality, but Leo can “smoke” day and night without any interruptions. It should be noted that this is one and the most significant difference between these two signs. You can also add that seed funds are best kept with Aries, regardless of gender, since Leo, having some echoes of “royal belonging”, can royally and recklessly squander them, without thinking about the consequences.

Leo and Aries marriage: what can you expect?

The compatibility of the signs of Leo and  Aries in marriage can be favorable, if you observe the cyclicity of Aries and do not react to the disheveledness of a wild cat. Moreover, such an alliance can achieve great heights in the field of business.

However, more often than not, a marriage is like a prolonged confrontation between two enemy camps. Aries, who are accustomed to order and rational actions, more often than not, does not understand the eccentricity of Leo. Unpredictability, excessive generosity, narcissism, arrogance and other characteristics of Leo cause his partner, to put it mildly, a feeling of indignation. But, despite this, the King of Beasts is given freedom of action, for which he is very grateful.

The stumbling block can be Leo's notations, which often begin with the words: “Now listen to me carefully and I will explain to you why and how wrong you are.” Since Aries already has to offer similar resistance to a lot of self-confident people quite often, the prospect of spending an evening in such an environment can cause a strong but short burst of temperament in Aries. We can say, in secret, that in fact Baran appreciates and listens to the opinion of Leo, but openly, he will not demonstrate this. The compatibility of the signs of Leo and Aries would be more successful if the wild cat guided the Ram, slightly veiling its commanding tone with tenderness and affection. Only with mutual respect is an unusual and unique union possible between two very strong signs.

Sexuality and the relationship between Leo and Aries

The first meeting, the first kiss and the first intimacy play a very important role in a relationship. Both partners are so temperamental that their sex life can be called ideal. However, despite this, immediately after the honeymoon, the couple plunges into weekdays, where there are constant collisions between Aries and Leo. You can even say that, if desired, these two animals can manage to quarrel even during intimacy. But reconciliation will not keep you waiting long. 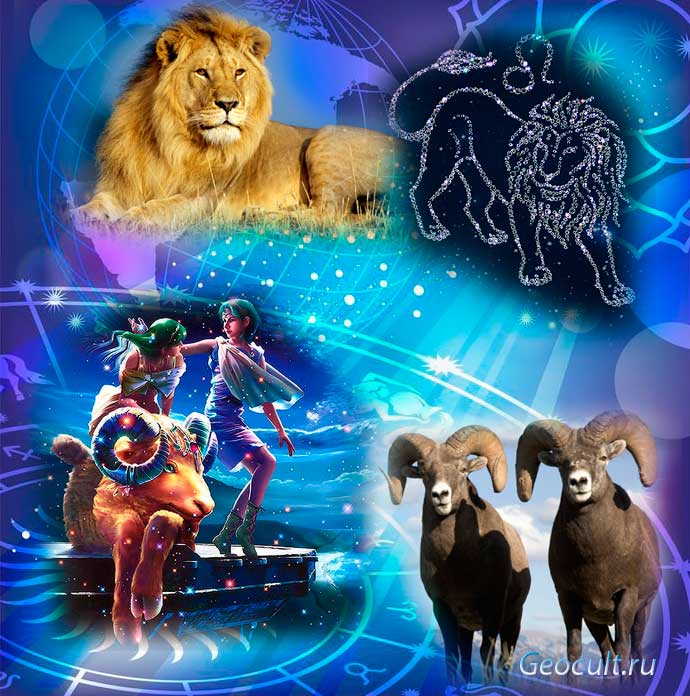 Woman is Aries and man is Leo

The compatibility of the signs of Leo and Aries and in such a union can be called harmonious. The fact is that of all the existing signs, only the Aries woman can truly reach Leo. In this case, it is she who is the unspoken leader who gently and at the same time persistently, but without infringing on the rights and pride of Leo, directs him in the right direction. Only internal contradictions and unwillingness to make concessions to each other can destroy such an alliance.

Man is Aries and woman is Leo

At first glance, this union of two infinitely loving people may seem ideal, but not everything is so simple and simple. Of course, these two fire signs complement each other perfectly, among them there is mutual understanding and striving for perfection. But this continues until ambitions clash with each other. And then noisy quarrels and scandals often arise, because there is not always enough wisdom for both of them to resolve controversial issues peacefully. In the event that one of the partners gives up the right to rule and decides to obey the other, then such an alliance can last for a long time.