The relationship between Cancer and Leo is very complex, no matter what aspect of the activity they concern. The reason for this is the opposition of two elements. Cancer is a typical representative of the element of Water, Leo is the brightest fire sign. The rather controversial compatibility of the signs of Leo and Cancer is reflected in their desire, by all means, to defeat a partner, as if they are fighting in the arena of gladiators. 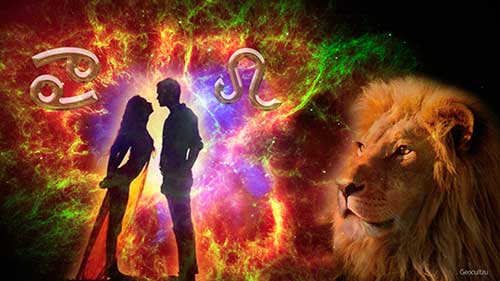 The compatibility of the signs Leo and Cancer can turn out to be quite bearable if Cancer gives the partner the opportunity to independently organize his life, while unobtrusively directing his actions in the right direction. Leo should be more tolerant of the changeable nature of Cancer and treat the chosen one with greater favor. If the relationship of the two signs is built in this way, the vulnerable and sensual Cancer will be under the protection of Leo, giving him in return with affection and love.

The financial issue in the relationship between Leo and Cancer is very acute. Cancer is prone to rationalizing costs, and throughout life it can build up reserves that will ensure its stability. Leo is very wasteful, he is used to living today and now, getting the maximum pleasure from his spending. It is good if each of the partners disposes of their own funds. When Leo starts spending Cancer's hard earned money, one should expect the most negative consequences.

Although the compatibility of the signs Cancer and Leo raises great doubts, Cancer has strongly developed lunar – maternal – feelings, and Leo – solar paternal ones. This means that this couple will become excellent parents.

Sexual compatibility of the signs Leo and Cancer is based on the fact that partners have a lot to learn from each other. Of course, Leo will not see from Cancer the open worship and admiration that he needs so much. However, he is attracted by the sensual world of Cancer, under the influence of a partner, Leo becomes more sensitive and caring, in turn, filling Cancer with the missing activity and carelessness. The sexual relationship of these two signs finds harmony when the passivity of Cancer complements the energy of Leo.

The Leo woman should be a leader in any area of ​​her life. A Cancer man has a choice: to help his chosen one in a career or to allow reigning supreme in the house.

The other side of the relationship is Cancer's constant unreasonable touchiness. The Leo woman has to suffer, listening to many unpleasant statements that hurt her pride.
Relationships can go into the stage of a calm harmonious union if partners listen to each other to the maximum.

The Cancer woman has all the qualities that are so appreciated in marriage. She is feminine, romantic, her maternal instincts are well developed. Agreeing on everything with her man, she still retains some mysterious detachment, which, in fact, can scare away Leo. The Cancer woman is very wary of the chosen one, and Leo is used to openness and sincerity. Having entered into a marriage bond, a Cancer woman can become a good wife for Leo if they are spiritually close.

The business relationship between Leo and Cancer cannot be called fruitful. Leo must be a leader, and if you do not solve the most important problems, then it is imperative to be in charge. Cancer's mood is known to be changeable, it is rather difficult to work with him. This is compounded by his growing desire to play the role of commander in chief. Leo quickly gets tired of the negative coming from a business partner, a scandal and a breakup occurs.