Leo and Pisces are representatives of different elements, and each one seems to live in his own world. The compatibility of the signs of Leo and Pisces is based on constant work on the relationship: each partner must be wise enough and show their best qualities. This pair is woven from contradictions, because Leo and Pisces have different temperaments, characters and outlook on life. However, general happiness is still possible if Leo sets the pace of the relationship, and Pisces is easy enough to maneuver, smoothing out sharp corners. 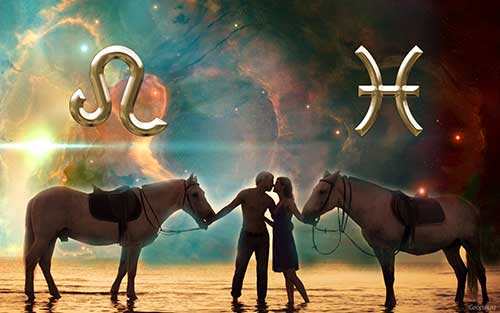 Often the differences between these partners are so dramatic that they are unable to understand each other. Pisces is one of the most emotional signs of the Zodiac, but at the same time, the coldest and the meanest of feelings. The external state of Pisces is always even, one can hardly see any emotions on their face. No matter how much the representative of the Pisces sign would like to be more sensual in relation to a partner, such is its nature. Leo, according to Pisces, is overly assertive and energetic. His dynamic behavior and passionate nature stumble upon a silent misunderstanding of the inhabitant of the element of Water. His hot temperament can make Pisces step aside in bewilderment.

The compatibility of Leo and Pisces is such that both partners will have to suffer a lot before they even begin to understand each other a little. But it is not all that bad. Everyone will be able to extract something valuable from the relationship. Leo, for example, will receive the opportunity for spiritual improvement in attempts to unravel the complex secrets of the chosen one. Pisces will find themselves next to a strong partner who knows how to take care of their beloved. At the same time, Leo will find in Pisces a bottomless ocean of tenderness and understanding, and Pisces will be able to control Leo's fervor, directing it to achieve their goals.

The exclusivity of such a union lies in the excellent combination of the external nobility of Leo and the internal spiritual nobility of Pisces. In addition, they are quite successful in joining forces to achieve common goals. Leo applies his power and energy, and Pisces provides cold, accurate calculation.

In the intimate relationships of these partners, as well as in other areas of life, mutual misunderstanding arises. Leo's extravagance shocks shy Pisces. The compatibility of the signs of Leo and Pisces in the bedroom cannot be called positive. Pisces is an introvert, which means that Leo will remain the unrecognized king in the apartment of the cold water sign. However, if Leo can find the key to the subtle nature of his chosen one, the gentle sensual world of the representative of the sign of Pisces will open to him. In this case, Leo will be fully rewarded for their efforts. The sad thing is that Leo is not attracted to the prospect of solving fish riddles.

The relationship of these partners arises on the basis of mutual magical attraction. Pisces respect the royal greatness of Leo and behave very carefully with him, so as not to fall out of favor and not deserve an angry roar in their address. Lions are struck by the extraordinary femininity of the chosen one, despite her coldness.

If a Pisces woman tries to control a partner, she does it hardly noticeably, because this representative of the water element is calmness itself. However, she considers it more preferable for herself to completely submit to her partner. Leo is happy with this state of affairs, but in his soul he is also afraid of his water companion. So that she does not extinguish his fire, Leo is trying to re-educate his Fish. However, after another such attempt, he will most likely remain alone in the city.

The situation can be very dramatic for a representative of the sign of Pisces. The compatibility of Leo and Pisces, when she is Leo, and he is Pisces, is characterized by the fact that the cat will still rule. 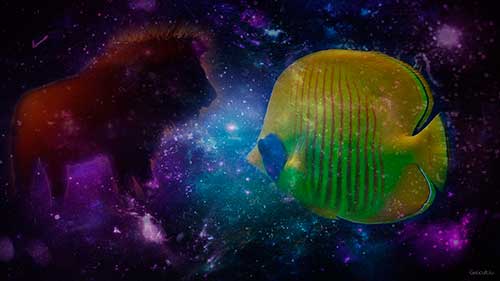 At the very beginning of their acquaintance, she will show such a pleasant warm disposition that a man born under the sign of Pisces will be literally attracted to her like a magnet. Taking advantage of the ability to be good-naturedly noble, the Lioness will soon ascend to the throne she left for hunting and continue her reign, expecting proof of the sincerity of her feelings from a new loyal subject. The Pisces man will strive with all his might to show how important a new acquaintance is for him. It is very important here not to offend the Leo woman with unworthy gifts. Everything that this man will do for her does not necessarily require large expenses, although the Lioness loves luxury, but it should be at the level of her refined taste. Having achieved the location of his beloved, the Pisces man will receive the warmth of her soul and an inexhaustible source of sun energy as a reward.

No matter how the relationship of these two initially developed, balance must be present in them. Pisces should not forget that just as much as the Lioness longs for the worship of her beloved man, she also seeks support from him. You cannot cross the fine line where the roles are divided in a relationship. Let the chosen one of the Leo woman be on her hook, but he should also get a leash. In such a relationship, interaction is important, when everyone and partners receives their share of warmth, tenderness and compassion.

Business compatibility of the signs of Leo and Pisces is good in a boss-subordinate ratio. In such a situation, Leo will be happy to show his desire for unlimited power, and Pisces will be happy to provide an excellent result of work in the shortest possible time, using exclusively his own energy. Leo need not worry about anything – all tasks will be solved by Pisces.