Aries' ability to spend their lives fluttering and laughing can make Capricorn jealous and dreary. However, the compatibility of Aries and Capricorn does not in any way suffer from envy, which a leisurely Capricorn can feed, towards a more mobile Aries, because in lightness in relation to the world around them, both have no equal. 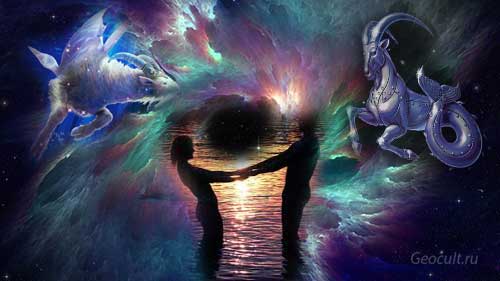 Aries is distinguished by childish egoism, while Capricorn is in a hurry to know his fate. The real world teaches them to curb their impulses, but both of these signs go to the desired goal, not looking back at others and not always weighing their strengths against its significance.

The compatibility of the signs of Aries and Capricorn is manifested in the attitude of Capricorn to the innocent gaiety of Aries. Cheerfulness is not a characteristic feature of Capricorn ruled by Saturn. As an innocent baby lying in a cradle, Capricorn is able to contemplate the world around him with serious attention. People belonging to this sign are endowed with their heavenly patron with a supply of patience and wisdom, which an easy Aries cannot acquire even by a hundred years. Therefore, it is unusual for Capricorn to flutter through life with the naive ingenuousness and innocent gaiety of Aries. Having passed the middle of life, Capricorn is able to find in the world around him a lot of things that make him laugh at the world and himself, which allows him to take the easy lifestyle of Aries for granted.

If Capricorn was younger, he could be annoyed and bewildered by the lightness of Aries.

We will soon enter the era of Aquarius, which is pushing us towards a lengthy test of relationships before marriage. No one wants to think about material wealth and the ability to support a family until they are convinced of the possibility of living with their partner in the same territory for a long time without disputes and quarrels.

Marital compatibility of Aries and Capricorn remains very high even in the new realities of the Aquarian era.

The initiative in meeting young people belonging to these signs always belongs to Aries. He chooses Capricorn in a fit of sympathy. Whereas the calm Capricorn is ready to link his fate with Aries for a long time, being sure of the correctness of his choice.

If a balanced and orderly Capricorn is horrified by the thought of traveling around the world, living “in sin” with Aries, then the second is pushed to marriage by the thought that such a strong and ardent love that he has for Capricorn is not afraid of being tested by marriage : love will warm their union, despite the stamp in the passport, for many, many years.

Capricorn's position is completely reversed, but the result is the same. Capricorn believes that two people who know that their love is eternal should definitely get married.

Life after the wedding

After the conclusion of the union, the compatibility of the signs Aries and Capricorn is tested by marriage. The position of everyone changes to the exact opposite, but the strength of family ties does not suffer from this. Capricorn, having lived in marriage, suddenly begins to understand the entire expediency of a premarital compatibility check of people, and Aries recognizes the horror of losing such a reliable partner due to some stupid delays in obtaining a stamp in a passport.

The first to ask himself the question: at whose expense the banquet is, of course, Capricorn. Payment for communal services, the amount required to buy food, the preservation of part of the total income “for a rainy day” – all this at first will fall on the shoulders of Capricorn. 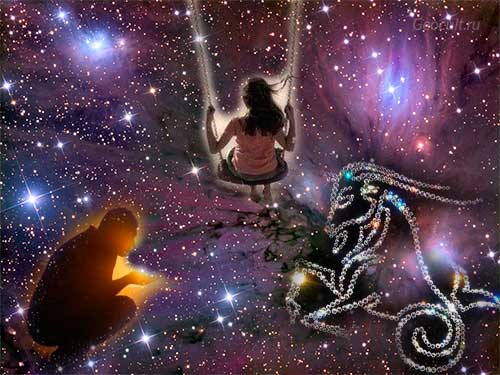 Aries is not able to immediately understand that everything in life must be paid for. He is busy with his love for Capricorn and believes that food in the refrigerator arises by itself. When Capricorn has to acquaint his beloved partner with the prose of life, Aries is able to accuse him of being down-to-earth and prosaic. Yes, Capricorn is a realist to the core, he is ambitious, but he stands firmly on his feet and knows the value of everything in the world. Whereas Aries is able to starve a young family to death by writing poems about love for Capricorn.

After Aries is forcibly lowered to the ground, Capricorn will be convinced of his partner's discernment. In addition to ambitiousness, Aries, who easily reads in the souls of people, is able to reproach Capricorn for conformism, pessimism, blind obedience to outdated customs.

To which Capricorn, who has long decomposed the character of his marriage partner on the shelves, reasonably replies that Aries is also characterized by ambition, that their head always hangs in the clouds of unjustified optimism, and that it’s time to look at the world not through rose-colored glasses. And besides, disrespect for tradition leads to the destruction of marriage, which is also a tradition.

But do not think that all the hardships in this life will fall to the lot of Capricorn. Sometimes it is useful to trust Aries, who knows exactly where the bank is, on which the grass is always greener and on which side of the roll is the butter. Aries, on the other hand, should be more attentive to his partner and then he will see that Capricorn's jokes are so subtle that not everyone can understand them. But in general, the compatibility of the signs Aries and Capricorn is very high, and complements both partners.