This magical union comes from castles in the air. Two dreamers meet and feelings of incredible depth arise between them. The compatibility of the signs of Pisces and Pisces determines a happy harmonious relationship, decorated with all kinds of romantic surprises and chanting of serenades. 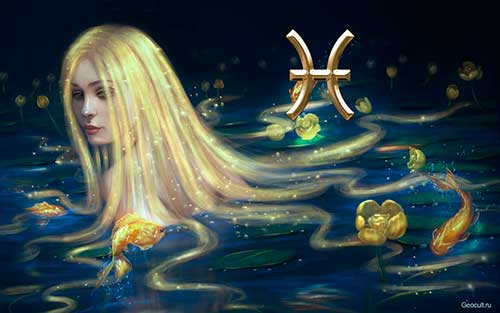 Pisces have a rare ability to empathize and support in difficult times. They are, to a certain extent, prone to self-sacrifice, and value this quality in each other. Moreover, they are very careful, and this feature allows them to stay afloat even in times of crisis for all.

The compatibility of the signs of Pisces and Pisces is characterized by a common love for art: they can form an excellent creative tandem and achieve great success. In addition, seeing the world through the prism of beauty allows Pisces to always experience a feeling of bright joy, being distracted from unpleasant moments. However, there is another side, which is determined by the softness and pliability of this watermark. Together they are capable of both reaching great heights and gaining the recognition of society, and sinking to its very bottom. The euphoria associated with the use of drugs and alcohol is very tempting for Pisces, so you should be extremely careful not to step on a slippery slope.

Pisces are very evasive, sometimes they can be caught in a lie. This is not a reflection of the dark side of the fishy nature, but simply their desire to avoid any confrontation. Pisces are prone to altruism, and are afraid of offending someone with a careless statement, which is why they are so often silent and under-talk. Of course, the compatibility of the signs of Pisces and Pisces determines a calm relationship, but friction arises between them from time to time. They can be irritable and touchy, their tendency to melancholy does not affect the general atmosphere in a relationship in the best way.

Their dislike for public attention has a positive effect on the union of two Pisces. Even if the work activity forces this representative of the water element to be the center of attention, Pisces will perceive it as a burden that must be borne. But they will not experience pleasure in these uncomfortable conditions. Thanks to such closeness and shyness, they are more open and sincere to each other.

The obvious disadvantage of such a couple is their inability to make important decisions quickly and some infantilism. In alliance with other signs, Pisces completely surrender their life to the power of a stronger and more volitional partner, but it is difficult to determine which of the two will become the leader and who will be the follower. Perhaps, both partners will adapt to changing conditions, due to their slowness, without making any efforts to achieve any goals. It's good if there is a friend nearby who will spur and guide his friends a little.

The union of two Pisces is quite harmonious, they are calmly happy, exploring the depths of the subconscious together and expanding the expanses of fantasy. Such a relationship can last for decades.

These partners feel each other instinctively. Their physical attraction to each other is truly fantastic, which is reinforced by spiritual unity. The sexual compatibility of the signs of Pisces and Pisces is characterized as ideal. They dissolve so much in each other that no one in the world is able to destroy their pair. Such mutual attraction gives partners an amazing range of feelings and sensations – from hot passion to shy tenderness.

A lady born under the sign of Pisces is very wise and at the same time submissive and shows gentleness to her partner. She will easily manage to get into her arms a man born under her sign. He is impressed by the fact that she does not seek to command, unlike other representatives of the Zodiacal circle. She will be glad to see a gentle partner next to her, with the same emotional sensitivity that she herself possesses. 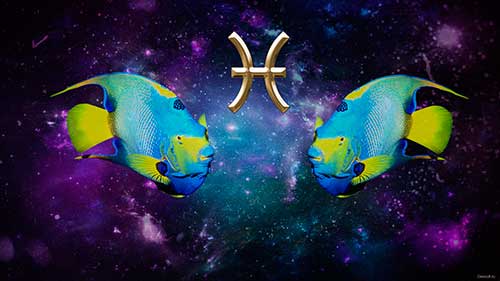 For such a relationship, it is very important not to get stuck in the daily routine. Pisces more often than others need to travel or simply change their environment. Then their feelings will not turn into heavy fetters, and they will not want to run away from each other. In the event that they remain in an atmosphere of warm stability for a long time, they will begin to torment each other with a depressive mood, irritable remarks and will resort to lies to avoid open confrontation. It will be sad and sad for such an idealized relationship.

The creative collaboration of these two extraordinary people will bring excellent results. The compatibility of the signs of Pisces and Pisces in business should be based on equality. Pisces occupying diametrically opposed positions in the company are unlikely to find a common language. The best thing for such signs is partnership in art, where everyone can reveal their inexhaustible potential.