The compatibility of the signs of Pisces and Libra personifies an eternal contradiction. The union of these signs seems impossible due to their absolute misunderstanding of each other. These people seem to be woven from different materials. In such a relationship, Libra will become the undisputed leader. Their charm and friendly disposition will become a trap for Pisces, which will later turn into the mental anguish of a representative of the water element. Libra will use a partner to derive their own benefit, while Pisces will find a calling in self-sacrifice. At the same time, their amazing ability to empathize, the primacy of feelings and spiritual qualities over the material world greatly oppresses Libra. In addition, Pisces for an airy person is a constant headache, because how difficult it is for Libra, accustomed to open and direct communication, to solve the mysteries of a partner. 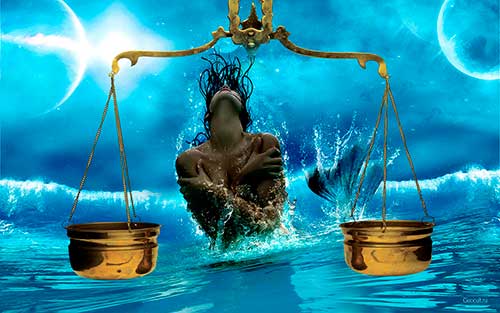 The conflicting compatibility of Pisces and Libra is complicated by the fact that Pisces are forced to carry on their shoulders all the household load. Libra is too sophisticated for homework, and Pisces are too silent and deep into their inner world to adequately resist the instructions of a partner.

Constantly being around, these people are unable to discern in each other the good that is in the character of each sign. Despite the fact that Libra and Pisces are equally romantic and sensual, they turn life together into a cruel torture, characterized by special sophistication. At times, the emotionality of Pisces is discouraging for the Libra representative. And it so happens that Pisces are at a loss from the partner's excessive sociability. A positive point that characterizes the compatibility of the signs of Pisces and Libra is their general dislike of aggression. In the event of serious contradictions, partners would rather part ways than resort to an open showdown.

Despite mutual torment, the union of Water and Air can be quite harmonious. Partners should try to become close on a spiritual level, then it will be easier for them to restrain themselves from looking for flaws and expressing critical remarks. Moreover, the relationship between Libra and Pisces is accompanied by good intimate compatibility.

The combination is interesting, but controversial. The sexual compatibility of the signs of Pisces and Libra is complex and multifaceted. Pisces is a gentle and sensitive sign. In his quest to please his partner and show devotion to their feelings, he knows no boundaries. However, this is a little annoying for Libra, who want power, but are not in a hurry to take responsibility. On the other hand, with serious affection, they may well find a common language. Then the romance and tender passion inherent in both partners will give them many unforgettable moments.

When the two are together, poetic romanticism is in the air. They are carried away by an interesting conversation: the Libra man with his characteristic charm is telling a story about something surprisingly unusual, and Lady Pisces does not take admiring eyes from the chosen one. Having reached a certain degree of intimacy, Libra and Pisces begin to realize how similar they are: both are subject to feelings and emotions and cannot resist beauty. In no case will this couple resort to open confrontation in case of disagreement, they are supporters of a peaceful solution to problems.

Despite the presence of similarities in character, a Libra man and a Pisces woman can stop friendly communication at one point. The fact is that the Pisces lady is prone to empathy and expects the same attitude to their feelings. And Libra is not capable of such interaction. Instead of sympathetic phrases, Pisces will hear a painfully logical and fair monologue. A woman in this relationship will be exhausted by the fact that her partner is not able to understand the depth of her inner world and share with her the emotions that lurk in her waters. A man born under the sign of Libra will not be able to endure her constant mysteries, and from this he will lose his balance, which will be very sad for him.

The Pisces man is too soft to control his beloved. Rather, she will dominate him. However, the Libra woman is indecisive and slow, and she does not at all want to take responsibility for the relationship on herself. 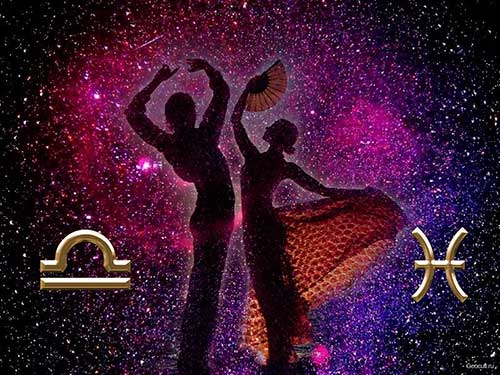 A strong spiritual bond is formed between partners. They are similar in many ways, but the degree of manifestation of their feelings is completely different. The Pisces man is inclined to believe that he has the right to hide some secrets in the depths of his soul, and is in no hurry to share them. A woman born under the sign of Libra is angry. In response, her chosen one may receive several negative phrases.

There is a lot of positive in the union of air and water. Despite the commander's habits and the constant search for balance, the Libra woman remains faithful to her man and is able to give him self-confidence at the right time. Just like a man born under the sign of Pisces, he will open up the world of dreams for the chosen one and fill her life with romance. It looks like they really need each other.

The compatibility of the signs of Pisces and Libra in business is positive. These partners can get along well with each other due to their desire to avoid conflicts. In such a tandem, work can continue for a long time. The fact that the logical thinking of Libra complements the instinctive intelligence of Pisces has a positive effect on their cooperation. They will achieve the best results by working in the areas of forecasting trends and introducing new technologies.