This union, formed by two representatives of the water element, is striking in its harmony. It looks like these people are really made for each other. The compatibility of the signs of Scorpio and Pisces is characterized by the absolute interpenetration of these partners. They are so similar in attitude, life principles and aspirations that it is difficult to imagine two people who would understand each other better than Scorpio and Pisces. 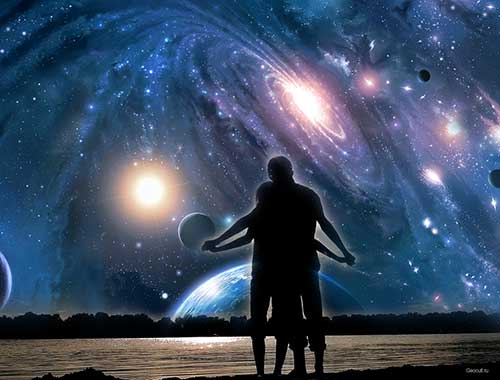 This pair is a true example of strength, reliability and consistency. Once having found each other in a crowd of earthly, fiery and airy people, Scorpio and Pisces are unlikely to be able to part.

Understanding in the union of these people of the water element arises at an intuitive level. The compatibility of the signs of Scorpio and Pisces is based on their general introversion. They are very silent and outwardly cold, but at the same time, sensuality is highly developed in the soul of each partner and real passions are boiling. For both signs, the warmth of the family hearth is something for which it is quite possible to make mutual concessions. In addition, due to their natural qualities, they complement each other. Pisces always need care and someone to control them, but, of course, not in a harsh manner. And Scorpio will gladly take responsibility for their relationship and the material basis of life together, while happily feeding on the sensuality and emotionality of the chosen one.

The positive compatibility of Scorpio and Pisces suffers a little due to disagreements on the monetary issue. Both partners are generous enough, but Pisces are ready to provide support to anyone who asks for help, and Scorpio clearly defines the circle of the elect who are truly worthy of his attention and material care.

In general, partners understand each other almost without words, a connection is formed between them like a telepathic one. And they also agree on the idea of ​​happiness.

These partners will give each other many exciting moments. The physical side of relationships for water signs is surprisingly intertwined with the spiritual, and unearthly pleasure is provided for them. The sexual compatibility of Scorpio and Pisces is ideal, like all areas of their life together.

The Pisces woman is delighted with the mysterious aura of the Scorpio man, because she herself has the same. As soon as she knows the name of her companion, she will already have an idea of ​​what motives this man is guided by.

These two inexplicably attract each other, and the instantly arising magnetic connection shows the Scorpio man and the Pisces woman the way to a bright joint future.

Of course, a man born under the sign of Scorpio is sometimes harsh and selfish, but this is not at all scary to his chosen one. On the contrary, she can fantastically, almost without words, influence the beloved. Possessing inexpressible femininity and outward submissiveness, this woman imperceptibly leads Scorpio in exactly the direction that seems to her the only right one. Scorpio, on the other hand, surrounds his partner with attention and care, with great interest solving the riddles of her beautiful soul. He knows how vulnerable she is, and will never allow himself to go beyond what is permissible.

The harmonious union of these partners is somewhat overshadowed by the excessive pickiness of Lady Pisces, which can bring Scorpio to bouts of depression, and in return incur his righteous anger. Therefore, you need to be more careful in your statements, then the happiness and balance of their relationship will not be overshadowed by a negative connotation.

Having met each other, the Scorpio woman and the Pisces man are surprised to realize that they have been waiting for this acquaintance all their lives. Or maybe they already know each other. For many, many years … Perhaps, only someone like him can understand and see the inner world of a representative of the element of Water so well. 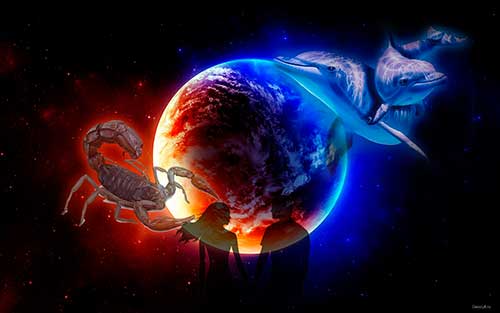 The relationship of a Scorpio lady and a man born under the sign of Pisces greatly enriches their lives, making their experiences deeper and their feelings brighter. It is easy for them with each other, and from this everything around becomes more beautiful and amazing. Everything is filled with a completely new meaning.

In this pair, there is a unique complementarity of the personal qualities of partners. A man in such a union will gain self-confidence, and a woman will learn what it is like to be soft and will learn to trust a partner. Of course, there are also omissions associated with the lack of openness of Scorpio and Pisces. However, all this is buried in the sea of ​​feelings and endless happiness that surrounds the union. This is truly a great couple. Together they will reach great heights thanks to the inner core of Scorpio and the boundless emotionality of Pisces.

The compatibility of Scorpio and Pisces in business is just great. They are able to be in the same team for decades and achieve solutions to the assigned tasks. These people work efficiently and without fuss. At the same time, they can add creativity to the daily routine, making their collaboration even more interesting.