A pair that two Scorpios will create will be very rare. This will happen if the partners do not look alike, because Scorpios are very different. Perhaps one of them will be a tough type of watermark – domineering, stern, and the other will become the embodiment of diplomacy and gentleness. Despite this division of roles, the compatibility of the Scorpio and Scorpio signs becomes the basis of a very complex relationship. Far from everywhere they are able to yield to each other, so their union will be based on passion and harsh calculation, but not on mutual tenderness and friendly communication. 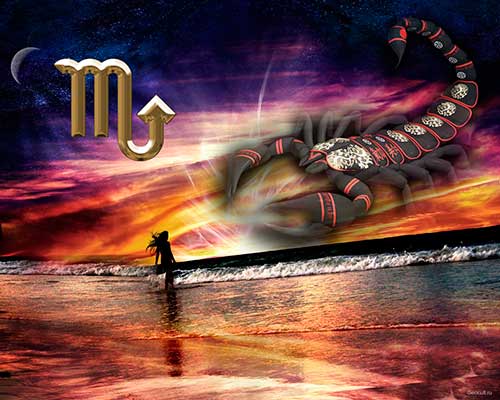 Be that as it may, Scorpio is a tough sign. This representative of the water element is used to brutally settling scores and carefully hiding feelings behind a cold mask of
indifference. The fact is that he does not want to show his weakness, because this will make him vulnerable.

Everything that Scorpio undertakes, as a rule, has a solid foundation. This also applies to relationships. If he loves, then he is ready for everything for the sake of the chosen one. But if someone has become his sworn enemy, nothing good can be expected.

Both Scorpios are very suspicious, at every step they are haunted by a feeling of betrayal and deception. If these people have created a couple, then it is better for them from the very beginning to be extremely honest with each other. Then, behind their suspicion, Scorpios will be able to discern in a partner such traits as courage, nobility and the ability to stand on their feet even in the most difficult situations.

The compatibility of the Scorpio and Scorpio signs makes partners learn to forgive each other. Only in this way will they be able to get along together and learn deep feelings, not overshadowed by constant resentment and fear of revenge.
Scorpios should be softer in relationships, because they can not always be strong and strict. There are situations when every Scorpio wants to feel the attention and care of a partner. If mutual understanding cannot be achieved, betrayal is possible in the relationship, which will absolutely destroy the fragile substance that their relationship is.

For this sign, intimate relationships mean much more than for others. The sexual compatibility of the signs of Scorpio and Scorpio is ideal. Often their relationship arises and continues in the bedroom, in order to then develop into a real love union. They are insatiable, madly passionate, but at the same time in love they are like-minded people. The mutual desire for an emotional storm brings them to the brink of unearthly bliss.

Scorpios are those people who get together hard, kindle feelings in each other very slowly, but then they cannot be forced to part. And if this happens for some good reason, these representatives of the water element will never become either friends or lovers again.

Each Scorpio seeks to insure himself as best as possible against betrayal and betrayal, which is why there are so many distrustful and suspicious personalities among these people. Going into the same water for a Scorpio is a terrible foolishness. He always remembers that people do not change. And everything that he creates is for centuries, be it home, family or his career. 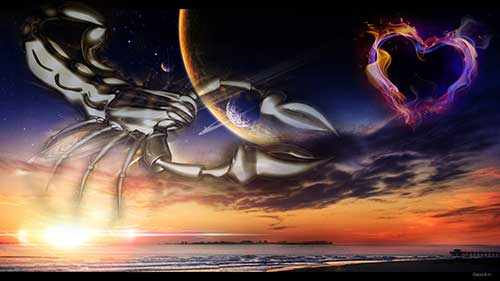 The compatibility of the Scorpio and Scorpio signs requires them to have a little more ability to understand and be condescending to their partner's shortcomings than they are naturally capable of. Everyone wants to take the reins into their own hands. Here, both a man and a woman, on equal terms, claim the role of a leader. It is unlikely that they will be able to give each other at least a couple of romantic moments. Because of their secrecy and sarcasm, Scorpios push their partner away, resenting themselves and pondering a plan for revenge. However, it is very difficult for them to improve relations after a quarrel and forgive, as well as ask for forgiveness. Even if these people of Water wanted to make the atmosphere warmer, their natural coldness would not give them the opportunity to accomplish such a feat. Thus, the ability to forgive and communicate openly is the most important aspect of their relationship. Only if they manage to master the basics of diplomacy,

All of these problems do not in any way relate to the intimate life of partners. Everything here is so good by Scorpio standards that it is often this side of their life together that keeps the Scorpions from parting.

Business compatibility of the Scorpio and Scorpio signs is extremely negative. Both are too persistent and incapable of business mobility. Outside of partnership with each other, Scorpios are of great business value, as they can manage finances well. In addition, they are used to doing everything thoroughly, and can guarantee the quality of their work. However, cooperation with a representative of another sign will be much more fruitful.