Two elements: earth and water converge when Taurus meets Scorpio. Despite this, they are completely different, but they have several of the same character traits. They like stability and both are constant, from which the compatibility of Scorpio and  Taurus is considered high. When they meet, they will immediately feel a kindred spirit, and the relationship will be long and stable. 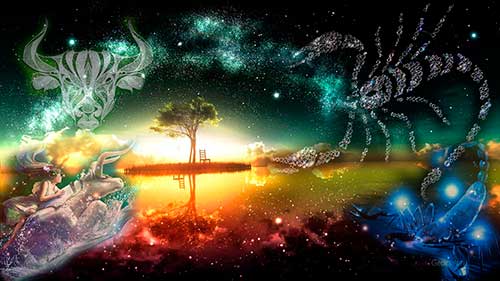 Before meeting a calm Taurus, Scorpio is often looking for new sensations. Before him, he lived in a completely different way, with different views on life, secretly dreaming of quiet family comfort. He also loves to be at home, like Taurus, to watch an interesting movie in the evenings. The only disagreement is that Taurus prefers regularity, and Scorpio gets bored with it over time. He will have to constantly fight with the pessimism of his partner, push him to some kind of action. Scorpios are arrogant with a stubborn character, and they do it very well. It is important for Taurus to feel special because of their high self-esteem, from which, with cunning and tricks, Scorpio can force him to do something that they themselves would never have dared to do.

In financial terms, the compatibility of the Taurus and Scorpio signs is very low, because their views on making money and spending are completely opposite. They both love to earn money and both are workaholics, but this manifests itself in them in different ways. Taurus is satisfied with monotonous work, which does not differ every day. They like what they know, and they consider it unnecessary to learn new things. Scorpios are often the most successful in their careers. They have well-developed intuition and imagination, which helps them build a business or be creative. They will push their partner to this, from which they will have a misunderstanding with Taurus. Scorpios are always looking for the best, but they are willing to put up with some flaws.

Scandals in the family of Taurus and Scorpio arise on the basis of the same character traits. Both signs are selfish, their own importance in the eyes of a partner is extremely important to them. In case of disagreement, they rarely only make concessions, and they are too proud for words of apology. From this, in business relations, the compatibility of Taurus and Scorpio is low. They do not understand each other, and they rarely work in the same positions. Even if this is the case, Scorpio will soon get tired of the monotony of work, and he will replace it.

The compatibility of the signs Taurus and Scorpio , in the case of Taurus – women, is very high. Initially, they do not understand each other at all. Scorpio is used to living with friends according to his own rules, almost not being at home and working hard. If he meets a Taurus, he is initially amazed at her life. 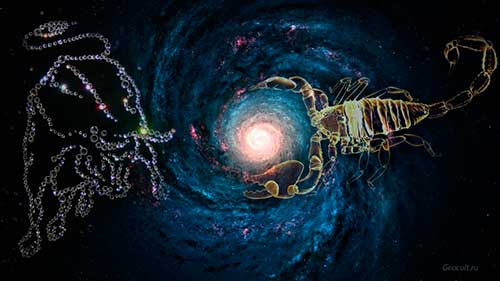 She lives quietly, without any changes, going to the same job every day. She spends weekends without variety, sitting at home. First, they seek to accustom each other to their usual way of life. Taurus often wins here. She is a faithful, good hostess, and the only disadvantage in her is a sense of ownership. Scorpio will get used to her jealousy for a long time, because he is freedom-loving and considers it normal to stare at other girls. So they cannot avoid scandals, although Scorpios themselves honor loyalty and are ready to keep it.

A Taurus man in Scorpio is attracted by her mystery. She is a feminine, intelligent, patient and passionate person. Her lifestyle is completely unfamiliar to him, which attracts him. Taurus wants to know how she lives, even though it seems strange. The Scorpio woman seems to be very strong and domineering, she is characterized by emotionality. Sometimes she can throw offensive words, although in fact she does not think so. Inside, she just needs love and support from Taurus, but she does not show this, fearing to seem weak. Disagreements in such a couple can lead to separation. A woman will always have little of everything: attention, affection, money, and Taurus, due to his constancy, is not ready to change his usual attitudes.

Taurus and Scorpio compatibility in bed is ideal. Scorpio is used to putting sex first in a relationship, and Taurus finds it interesting. He treats this as some kind of entertainment. He is ready to speak frankly about his desires to Scorpio, which he appreciates very much. For this, honesty and openness are important. Both signs value, above all, quality, not quantity. They are both hardy. Scorpio brings variety to their personal life, and Taurus treats this with patience. Problems will arise if the stubborn Taurus refuses new products in bed, and his partner is not at all interested in monotony. Scorpio is a passionate sign. If something does not suit him, he is ready for treason. Taurus will have to be wary of this. He will still achieve his goal, even if not with his partner.