This pair is formed not just by a connection, but by a karmic purpose. The compatibility of the signs of Scorpio and Libra is based on their performance of special roles in such an alliance. Libra is to receive invaluable knowledge from a partner, so they act as a student, and Scorpio is a teacher. 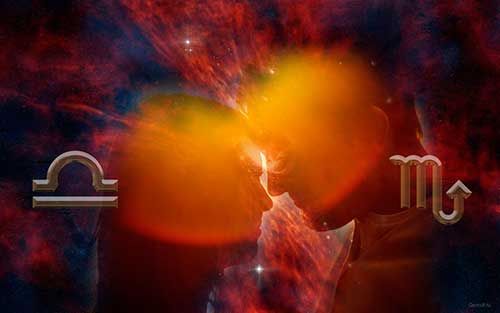 Scorpio’s attitude towards his chosen one will be condescending, like an attitude towards a younger comrade. There are good reasons for this: all the mistakes that the representative of the Libra sign makes in his life, in one way or another, have already been passed and analyzed by Scorpio. His attitude has now become deeper and more serious, so he is surprisingly tolerant of Libra’s mistakes. At the same time, he, like no one else, understands the inner world of the air sign, and at a difficult moment he will become the best helper for Libra.

However, Libra does not take anything on faith just like that: they need real proof, after which they will weigh the pros and cons ten times. This tires the Scorpio.

The compatibility of Scorpio and Libra is characterized by the fact that Scorpio is a mature sign, its principles and outlook on life have already been established and to some extent petrified. Libra does not accept such intellectual immobility. They tend to subject everything to analysis, doubt and will constantly offer their partner a view of things from the other side. Since Libra’s conversations are very long, and they fall silent only to catch their breath, Scorpio’s patience is gradually coming to an end.

Another contradiction that characterizes the compatibility of the signs of Scorpio and Libra is the endless optimism and friendliness of the air sign. Scorpio wonders how you can constantly find only good in everything. He begins to doubt the sincerity of his partner, not suspecting that in fact this is part of his nature as an airy person.

In any case, these signs need each other. Libras instinctively feel that they need the support of Scorpio, and at such a moment they try to get closer to their partner. At the same time, they understand when difficulties arise for the chosen one and can provide him with worthy moral support. It’s a pity that they don’t bother to find out from their beloved what makes him so nervous, but Scorpio just needs it.

Harmonious relationships are possible, but this will require a deeper relationship from Libra to the chosen one, and Scorpio needs to be more frank.

The sexual compatibility of the signs of Scorpio and Libra becomes the basis of a stormy passion. They are attracted to each other so strongly that they are unable to see anything around. Libra’s carelessness and Scorpio’s morbid jealousy are capable of shaking these positively explosive relationships. Libra is too loving, and for their partner, even light flirting is a real crime. The connection is stormy, both partners should keep themselves in hand.

There are many feminine qualities in the character of a man born under the sign of Libra: he is infinitely gentle and charming, but he also has a lot of inner strength and stamina. Scorpio, from an astrological point of view, harbors the power of Mother Nature herself, and this power is akin to that of a man. Obviously, both signs are quite contradictory, which, on the one hand, helps them keep balance in the relationship, and on the other hand, it becomes the cause of many disagreements.

The compatibility of Scorpio and Libra, when he is Libra, she is Scorpio, is an ambiguous phenomenon. Libra is a Cardinal sign, he needs to control someone, but at the same time he is quite gentle. The Scorpio woman has unshakable stability, it is impossible to confuse her, no matter how insinuatingly and imperceptibly her partner tries to do it. She knows exactly what she needs and will not allow herself to be influenced, which upsets her man, who is able to see two sides in everything.

One of the main reasons for the conflicts between these people is the possessive nature of Lady Scorpio, along with the loving Libra. She must be absolutely sure of the loyalty of her partner, and with Libra this is difficult to achieve, he is too charming. In addition, Libra is categorical about trying to control him. Despite his desire for marriage and a long-term love affair, he is unable to endure too close ties. 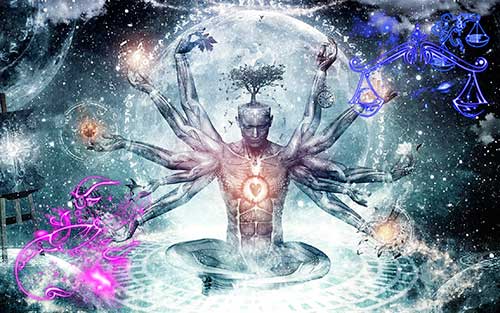 Such a union can bring harmony and happiness to partners, especially since both signs have increased sexuality. However, everyone here has their own task: Scorpio should give Libra a little personal freedom, and Libra is better not to offend the vengeful darling, otherwise it will end badly for both.

The Libra woman has a lively mind and ingenuity, but even she is unable to recognize the reasons for the gloomy mood of her man. His gaze is always cold, his face is imperturbable, but Lady Libra knows for sure that something is gnawing at him, because they are connected on an instinctive level. Perhaps she has the courage to ask him a direct question about his inner state, but in return she will receive only a long piercing look and silence. In this case, she should support him using his favorite gesture and touch language. Do not forget that Scorpio is actually very vulnerable, and offending him means becoming an object of cruel revenge. Therefore, a Libra woman should be extremely attentive and careful with her chosen one.

In such a relationship, it will be difficult not only for Libra, but also for a man born under the sign of Scorpio. He will be overwhelmed by the range of changes taking place in the behavior of his beloved. At times she is submissive and gentle, and sometimes very arbitrary. This is the nature of Libra. However, in those moments when she comes to a state of balance, it is easy and pleasant to be next to her.

Talks about money often arise between these partners. Scorpio for an airy woman is an astrological symbol of material wealth. He is able to fully provide for his lady, but Libra is very fond of freedom, so it is not always pleasant for them to ask a partner for money for personal needs. Therefore, if the Libra lady decides to earn herself, you should not restrain her.

These signs take a long time to get to know each other and gain confidence in mutual feelings. But when everyone reaches an understanding of the true nature of the partner, their relationship will become harmonious. Scorpio, thanks to his wisdom, will help the Libra woman find balance, and the inimitable logical mind of this airy lady will come in handy in solving the difficulties that arise in front of her man.

The compatibility of the signs of Scorpio and Libra in business is quite harmonious, but on one condition: they should not be bound by personal relationships. Reaching mutual understanding when there is more than just work at the heart of their collaboration will not be easy. However, subject to subordination, both partners will open up new heights of career growth.