The meeting of these people, and even more so their reunion, is doubtful and extremely rare. The streams of energy possessed by Scorpio and Aquarius are so strong that in the event of their union, the partners are unable to cope with the resulting tsunami. Perhaps they will still succeed, and such a powerful force will bring both deafening success in all areas, but otherwise the destructive consequences of their relationship will remind of themselves for a long time. 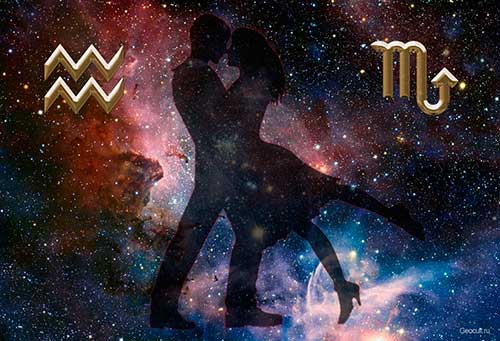 The compatibility of the Scorpio and Aquarius signs has some exceptional features. Both signs are very unpredictable, but each in its own way. For example, Scorpio is outwardly always calm, but it is difficult to understand what thoughts his consciousness actually conceals in itself. Aquarius, despite being less mysterious, can behave so extravagantly that it shocks others.

While characterizing this pair, it is quite difficult to find compelling reasons why Scorpio and Aquarius can be together. A fatal misunderstanding arises between them with a serious note of distrust. Scorpio never knows what to expect from a partner, and is afraid of those awkward situations that his chosen one so skillfully provokes. Solving the secrets of Scorpio is alien to Aquarius. He prefers to play in a common area, rather than immerse himself in the deep thought processes of his partner.

The compatibility of the signs of Scorpio and Aquarius determines a negligible prospect for the development of relations. Nevertheless, everyone can acquire invaluable skills in the process of mutual cognition. An Aquarius has the opportunity to acquire some of the cold self-control inherent in his partner. And for Scorpio, it is very important to learn to forgive and forget offenses.

Achieving a harmonious relationship for Scorpio and Aquarius is almost impossible. More often than not, such alliances are formed against their will (partnership at work) or due to birth (blood ties). The love relationship between them always becomes a game that can both give them a good life experience and allow them to receive a new flow of energy, and significantly upset the balance of partners.

For Scorpio, intimate relationships mean a lot, for Aquarius – almost nothing. The first is insanely jealous, the second values ​​his freedom too highly. The sexual compatibility of the signs of Scorpio and Aquarius determines a short relationship that will not leave pleasant memories behind.

These people are attracted to each other by their independence from the external environment. Aquarius simply does not notice any outside influence, and Scorpio will never allow anyone else to make decisions for themselves. On this note, their relationship begins. The compatibility of Scorpio and Aquarius, when he is Scorpio, she is Aquarius, is characterized by the contradictions of both. But the man here is contradictory in his inner search for truth and harmony, and the woman is very inconsistent in external manifestations.

In order to be together, they will have to go through a long period of mutual misunderstanding. Such people are most often initially united by common problems or obligations, and only then the relationship develops into something more. In any case, the Scorpio man is not able to come to terms with the extravagance and unwillingness to stop at the right moment of his chosen one. It is hard for him to realize that she can commit any act that will defame their common name. The beautiful half of this union will be tormented by the partner's suspicion.

It is impossible for two volcanoes to be near. Sooner or later, one of them will destroy the other. 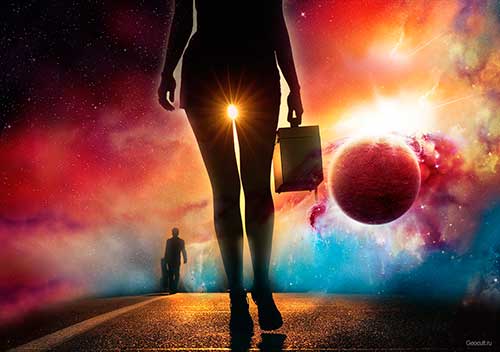 There are too many contradictions in the union of the Scorpio woman and the Aquarius man. Usually, their relationship is tied up under the influence of third forces, be it common concerns or joy. And then it keeps the fire going, which heats up their senses.

Perhaps, at first, a man born under the sign of Aquarius will be excited by the mystery of his companion, but having made an attempt to plunge into the deep world where Scorpio lives, he will understand that it is difficult for him to be here. However, it is just as difficult for him to realize the true thoughts of his chosen one. The Scorpio woman cannot stand the freedom-loving disposition of her partner and will torment him with jealous suspicions. And then he harbors a deep resentment, unable to suppress his natural vindictiveness.

To form meaningful relationships, partners need a shared commitment. On feelings alone, their union will not last long.

The tandem of these representatives of the air and water elements in the working environment will manifest itself only in the case of sufficient spiritual motivation. The financial benefit for them fades into the background when problems arise that require immediate resolution. The compatibility of Scorpio and Aquarius in business will ensure cooperation that brings mutual moral satisfaction. However, this is actually not exactly what everyone and partners need.