Compatibility is not the best. Representatives of different elements are absolutely different from each other. Rather, they can be called opposites. But they are known to be attracted to each other. Therefore, they are provided with mutual attraction at the first stage of relations, which cannot be said about the formation of a harmonious prospective union. This will require a lot of effort for both signs. 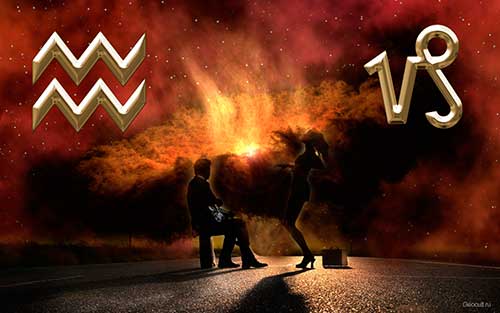 Aquarius and Capricorn compatibilitySuffers greatly due to the fact that Capricorn is the embodiment of calmness, practicality and caution. Aquarius is so reckless and unstable that it is difficult for them to understand and accept each other. By replacing the elements, the representative does everything sequentially, without jumping from one task to another, since he is convinced that only in this way a high-quality result will be obtained. Aquarius today still does not know what he will do tomorrow, and his love of shocking others brings his partner to the state of a heart attack. Everything is complicated by the fact that Capricorn lives according to the generally accepted laws of morality and sacredly honors any tradition. Aquarius, in all his actions, relies only on himself, guided by his own feelings and conclusions. Therefore, it will not be easy for Capricorn to come to terms with the fact that the chosen one constantly puts him in awkward situations.

The compatibility of Aquarius and Capricorn characterizes a painful relationship. Capricorn needs an awareness of the value and stability of their union, while for a representative of the element of Air, the very concept of “love” is not constant enough. Now he loves, and after a moment his trace is gone. This traumatizes the injured soul of an earthly person, developing a melancholy-depressive attitude towards life.

Perhaps the only direction in which the compatibility of the signs of Capricorn and Aquarius is characterized on the positive side is general career aspirations. Having a joint business, partners will do everything possible to ensure that it always flourishes.

To achieve, if not harmony, then at least a state of balance, Aquarius should be more attentive to the Capricorn family and not provoke others with harsh statements and extravagant antics. Capricorn will have to come to terms with the inconstancy and love of freedom of a partner, enjoying those rare moments of real spiritual intimacy that he will give him.

The innovative approach of Aquarius rests against the cruel conservatism of Capricorn. Aquarius is an excellent lover, but his irrepressible ingenuity is not to the taste of a practical partner. The sexual compatibility of the signs Aquarius and Capricorn does not reflect in the best way on their relationship as a whole. The representative of the air element will quickly get bored with this routine connection, and, being a freedom-loving person, he will quickly rush towards new adventures.

The Capricorn man very much appreciates his family and the traditions that have developed over the years in his house. A woman born under the sign of Aquarius is not one of those ladies who will adapt to conditions, rather she will dictate her own. And at the same time, she can afford a couple of unpleasant remarks addressed to friends, acquaintances and parents of her man. Capricorn will be furious, although outwardly he will try not to show it.

The compatibility of Aquarius and Capricorn in such a ratio rarely has a foundation rich in deep feelings. Most often they are united by a common business or spiritual aspirations. These partners are so different in their worldview that they are hardly capable of experiencing serious mutual feelings. If this happens, their love will be crushed by the deliberate extravagance of Aquarius and the constant feeling of shame and fear that will be caused in Capricorn by the actions of his lady.

In such a relationship, Capricorn does not feel security and stability, as well as respect for his way of life. Although Lady Aquarius admires the dedication and success of a partner, she perceives his conservatism and pragmatism as something destructive for a real, living feeling. She gets bored. In addition, such a man is inclined to limit her freedom, preventing her from building her own career. 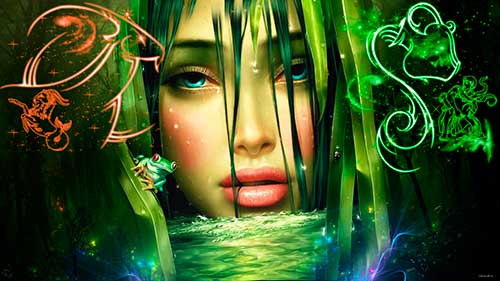 There is a lot of misunderstanding in this union, and both partners will have to try hard to maintain their feelings and make the relationship long and strong enough.

He is eccentric and has a highly developed personality. In addition, every man in the air element values ​​his freedom highly.

The Capricorn woman is the ideal wife. She is capable of loyally loving and extolling her chosen one, but even she considers Aquarius to be crazy.

In this union, Capricorn will probably have a harder time. Aquarius is very sociable, quickly switches from one person to another, while treating many very well. His lady is not able to understand such openness to strangers, she is overcome by bouts of jealousy, although outwardly she will not show her weakness.

These two live in different worlds. Her world is practical and real, she clearly knows what she wants, and gradually builds up her environment. The world of Aquarius is a world of crazy fantasies and dreams that are beyond comprehension for an ordinary person. Therefore, he will not be able to reward the Capricorn lady with what she really deserves – real family relationships and the warmth of the hearth.

Since both signs pay great attention to mental development, joint success awaits them in their respective fields of activity. The compatibility of Aquarius and Capricorn in business implies a noticeable zeal and well-coordinated work in projects related to the planning, design and development of new directions of the company’s activities. Their common tenacity along with extraordinary intellectual abilities will make this union invulnerable to competitors.