Partners have different ideas about life, opposite character and temperament. Nevertheless, such marriages can be found quite often, which is explained by the positive fusion of the intelligence of Aquarius and the emotional component of Pisces. Aquarius and Pisces compatibilitydefines a relationship with a clear division of roles. Of course, the representative of the air sign will be the leader in such relations. He is more rational and independent. Pisces, on the other hand, attract a partner with their softness and pliability. They are caring and loyal, having chosen a life partner for themselves, the representative of the sign of Pisces will support him with all his might and surround him with tender love. This is what fascinates Aquarius so much. He is one of the few signs that can appreciate such self-sacrifice. Pisces, surprisingly, simply perceive the partner's unwillingness to adapt to someone else's opinion. This independence of Aquarius makes him very attractive in the eyes of a water sign. 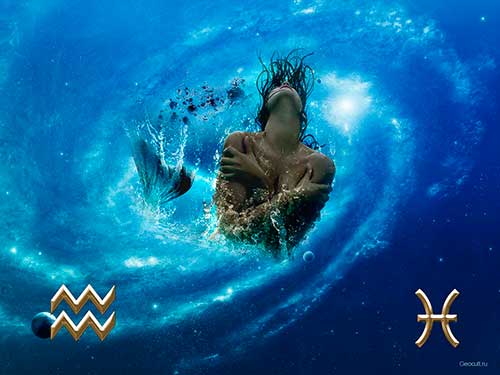 The compatibility of Aquarius and Pisces is also based on their mutual dreaminess and love of art. Both partners have a rather subtle mentally organization, so it is so easy for them to understand each other.

Quarrels also happen between partners, although they quickly fade away, ending in hugs. In such situations, Pisces make categorical remarks and stop verbal struggle, and Aquarius try to bring it to a real conflict in order to throw out emotions and then feel relief.

It is important that the compatibility of the signs of Aquarius and Pisces is primarily based on their spiritual relationship. They first become close friends, and then lovers. The key to harmony in such relationships is intellectual unity, which greatly enhances their physical attraction.

Aquarius and Pisces have common views on education and career development. There will be no disagreements in financial matters. Moreover, these signs are similar in their rejection of any promises. Pisces rarely promises, but even less often they fulfill their promises. Aquarius is even more categorical: he never makes promises, because he cannot be sure that his plans will not change tomorrow.

The great secrecy of the latter can negatively affect the relationship between Aquarius and Pisces. Their evasiveness will sooner or later begin to irritate their partner, they should learn from sincerity.

In general, the compatibility of Aquarius and Pisces gives these partners everything they need to form a happy family union. The most important thing is that their waves have the same frequency and they perfectly understand each other.

The sexual compatibility of the signs of Aquarius and Pisces is promising. At the initial stage, partners are attractive to each other. In addition, they are interested in learning something new in an intimate life together, since both are very inventive. Difficulties can arise if the open and sociable Aquarius does not like to unravel the secrets of his chosen one, and the fussiness of the air sign will irritate Pisces. However, with strong feelings, these obstacles will be easily overcome.

Such a union is not uncommon, because it is in its purest form the reunion of the masculine and feminine principles. A man born under the sign of Aquarius, as it may seem, is a little out of this world. However, in difficult situations, it is this type that shows amazing strength of character, and the Pisces woman, who has developed intuition, immediately feels it. On the other hand, a lady born under the sign of Water has real femininity, and her attractiveness is of particular importance to Aquarius. Fascinated by his companion, this airy man can behave rather strange and even repulsive. Poor Pisces will decide that he is unpleasant and will be very worried. But then intuition will still tell her what kind of feelings make her chosen one commit such extravagant acts. 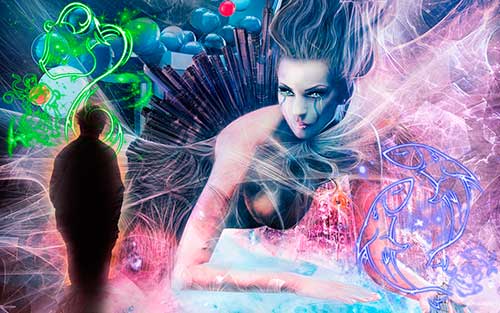 The physical side of the relationship of this couple deserves special attention. It is in this ratio that the compatibility of Aquarius and Pisces becomes the embodiment of the ideal classic union of a man and a woman. The soft and pliable Lady-Pisces becomes a faithful companion to a strong and rational Aquarius. Such couples are called beautiful by those around them.

The Aquarius girl is the embodiment of extravagance. She often surprises others with very strange behavior, doing it willingly or unwillingly. In any case, it gives her great pleasure. The Pisces man, whose personality cannot be called ordinary because of dreaminess and mystery, is one of the few representatives of the Zodiacal circle who is very tolerant of such manifestations of the chosen one. Sometimes he does not even notice anything unusual, for him many strange things seem quite familiar.

At the same time, the representative of the sign of Pisces is very soft towards the Aquarius woman and gives herself to her without a trace. However, such sacrifice does not bother her, but on the contrary, makes her partner a real man in the eyes of an airy lady. In addition, the Pisces man can listen to his partner and give her excellent advice, which the Aquarius girl will certainly take advantage of. Such a couple will be happy and harmonious for many years. Each partner has something that the other lacks.

In business relationships, partners should avoid close emotional contact. This will not have the best effect on both their work and the activities of the entire team. In general, the compatibility of Aquarius and Pisces in business is not bad: the technical rationalism of Aquarius perfectly complements the flexibility and excellent intuitive intelligence of Pisces.