The first meeting of Aquarius and Taurus promises to leave a vivid impression, after which you will want to talk more, but the more carefully you get to know each other, the more disagreements and disagreements will arise. 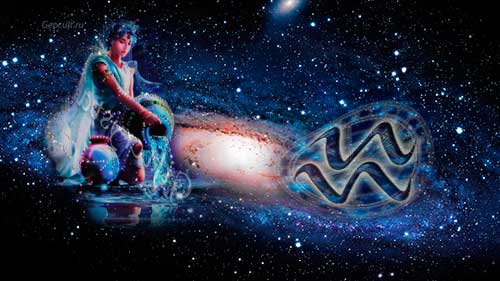 This is a normal relationship between the elements of Air and Earth, which is why the compatibility of Aquarius and Taurus may experience some difficulties. Aquarius, by nature, is a freedom-loving person who, from the pressure of Taurus, can feel trapped. He does not understand that Taurus needs a lot of attention, and he, in turn, is ready to achieve his goal in any way. If they both understand how different their characters are, and together go through all the difficulties, reaching understanding, only then their union and compatibility Aquarius and Taurus will become truly strong.

In the Aquarius-Taurus relationship, consistency meets a passion for change. Taurus is used to living according to a special program that she knows and is comfortable with. Aquarius, on the other hand, strives to break out of the “golden cage” on the way to freedom, to something completely new. His partner doesn’t understand this. A Taurus woman has always imagined a certain stereotype of a man: courageous, slender, loyal, with a Hollywood smile. She can often show her displeasure at not meeting the dream. Aquarius, on the contrary, really likes her outwardly, and he really wants everything to remain as it is: she created comfort in the house and was always so charming. In marriage, they are helped by the fantasy of Aquarius and his fun.

Taurus is capable of getting married once in a lifetime and maintaining a relationship with one single man. Aquarius usually marries several times, and only in a rare case, his marriage is for life. It all depends on the wisdom of his partner, who is ready to agree to different experiments in order to constantly bring variety to their lives. But, he very much honors loyalty in his partner, and if treason arises, he will file for divorce without explanation. Taurus in this case will try to find out the reasons, try to fix something.

In a relationship when Aquarius is a woman, Taurus will immediately have to calm down his jealousy and desire to keep everything under his control. They both have already formed views on everything: on the family budget, on leisure and on meeting friends. There will be a complete mismatch, which can lead to frequent conflicts. Aquarius needs to constantly reassure Taurus that they have a stable relationship, but he will have to come to terms with her hobbies, friends and pastimes.

It is very important for Aquarius to find mutual understanding in a partner, and although Taurus does not seem attractive enough to her, she will be with him. It is very important for a Taurus man to find his own kind, so that she is completely faithful to him, is kind, knows how to create comfort in the house. Aquarius will not be able to give it to him at first. She just needs stability in a relationship.

Aquarius and Taurus – compatibility in bed

Both signs have their own approach to sex life. Aquarians often come to marriage as far from being virgins, unlike Taurus. For them, variety is important in everything, including in bed. Aquarians are also more likely to find a permanent partner on the side with whom they can try the unknown. For Taurus, intimacy is not so important, and he is satisfied with constancy. The compatibility of the signs Aquarius and Taurus in bed can be called cold, because of their completely different approaches to sex. 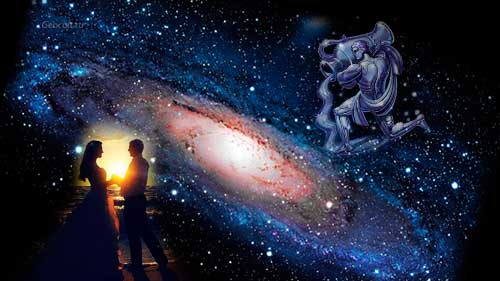 Over time, the sexual desire of signs can change almost in the opposite direction. Taurus demands his own due to habit, and Aquarius is already tired of this and he prefers to do more important things. So Taurus can accuse him of being cold, which will seem too demanding.

Aquarius and Taurus in a working relationship

Both signs believe that they need to tune in to the same wavelength and work hard to achieve real results. They will achieve this if they act together, but due to their stubborn nature, they can insist on their own, from which the work will not continue. The stability and constancy of Taurus often does not give him career advancement, although he secretly dreams about it. Aquarius, on the contrary, is always looking for new goals and ways to achieve them, which is great for him.

If the head of Aquarius becomes Taurus, or in another way, then their relationship will still be strained. He is not ready to give his subordinate too much freedom, and Aquarius will not be satisfied with the monotonous work of Taurus. Therefore, the compatibility of Aquarius and Taurus in a working relationship can be very tense.

Aquarius and Taurus in friendship

Aquarius is an all-round free sign, capable of making friends even with the opposite sex. From this, friendship in this case with Taurus is possible, but the only drawback is that there are too few common topics for conversation. Dignity – both signs value loyalty to a friend, do not give out other people’s secrets. Friendship will be long lasting if both of them are not shy about discussing intimate life and bragging about new achievements in the field of work.