Elaboration of Lunar Nodes in the natal chart

The analysis of the Lunar nodes, otherwise referred to as Rahu and Ketu, is the primary task of the astrologer. They symbolize the evolution of individuals and their karmic destiny. The South Node (Ketu) denotes a past life, all the skills and talents that people have accumulated over all incarnations, but at the same time, ways of interacting with the world that have already exhausted themselves and will not be useful in this incarnation.

The North Node (Rahu) is the vector of development at the moment, but people have no experience on this path and personal growth will have to be carried out based on the best qualities of the sign and house of Ketu. That is why the nodes must be considered in pairs, given their direction, elements, houses and planets in conjunction with them.

Tasks of the North and South Nodes

Lunar nodes are fictitious points. They always stand opposite each other, in one cross, and answer two questions:

These are essentially symbols of psychological and life scenarios. Having gained experience in one node, people need to move to the next level, otherwise, instead of growth and success, they degrade, exacerbating the mistakes of the past.

The main misconception of novice astrologers is the advice to completely avoid the field of Ketu and pay attention only to Rahu. As a result, people are afraid to show their talents and intuitive understanding of this area, although if they are associated with the development area of the North Node, then there will be more benefits.

Elaboration of Lunar nodes means to take the best from Ketu, but relentlessly move in development along Rahu.

If, for example, the South Node is in Aries, and the North Node is in Libra, then the task of such individuals is to reconcile strife, make fair decisions for the benefit of the world and all participants in the conflict, engage in charity work and be high-level diplomats. However, they will not be able to do this without the courage and leadership qualities of Aries, developed in the past. If they begin to live along the South Node, then, on the contrary, they will become the cause of conflicts and suffering of people.

The houses in which Rahu and Ketu stand show exactly where to apply these tasks. If these are 1 and 7th, then the sphere of development is partnership and relationships, 2nd and 8th are finances and the transformation of consciousness.

Most often, the normal position of Rahu and Ketu is retrograde. They move backward so that their owners can gently work through the main problems. However, the direct movement of the nodes is similar to the effect of a retrograde planet and carries a special karmic load. To harmonize it, on the contrary, such individuals will have to return to the goals and objectives of the South Node of Ketu and rethink them. This means that there is nothing to rely on yet, because either in the past people did not have time to gain enough experience and development in this area, or they were mistaken in their beliefs.

However, at the same time, one must stubbornly go on the topic of Rahu, which complicates the task, although it removes the retribution of higher powers if individuals pay much attention to the affairs of Ketu. If, for example, the owners of the retrograde South Node in Virgo and the North Node in Pisces need to abandon calculations, charts and analysis of trifles in favor of the flow of creativity, generosity, mercy, then they use the qualities of the Virgo as a resource: they clearly plan creative activities, monetize their talents, by investing and giving tithing to good causes. 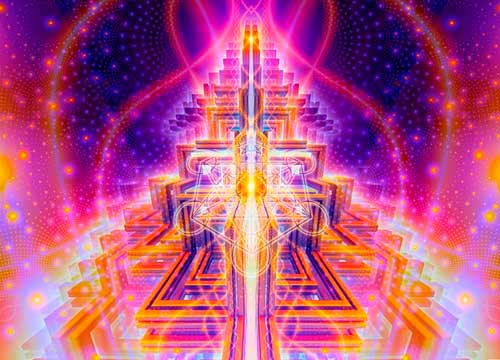 Features of elaboration of the Lunar nodes

Rahu and Ketu are not directly related to the profession and everyday life of people in terms of the concepts of “good-bad”. The experience of the North Node can be unpleasant and painful, and only later bring great prospects and rewards. For example, if individuals were born with Rahu in Capricorn and they need to develop willpower, build a career, then they can choose a family with a harsh military father or a strict mother, and excessive emotionality and complaints about life will turn into betrayal and shame, just to realize the need be strong, self-reliant and independent.

The North Node is tested every 18 years and gets tougher as people get older. If they ignore the signs of fate and follow the easy path of Ketu, all their achievements and pleasures in this area will simply be canceled or devalued.

It is impossible to consider Rahu and Ketu separately from the whole chart. The most important thing is to first harmonize the Moon, symbolizing the basic needs of the soul and body for comfort and tranquility, then the Sun as an indicator of the willpower of the individual and self-realization, and only then consider the nodes.

If the Moon is afflicted, and the Sun is not burning at full power, then people simply will not be able to cope with the mission through the North Node. There are three basic rules in working with karmic tasks:

1. Consider the position of the nodes according to the houses and signs, and most importantly, find out the position of the rulers. If Rahu is in Aries, and Mars is afflicted with negative aspects, it is necessary to work with this planet, considering what to take from the experience of Ketu to harmonize it.

2. To study the relationship between the rulers of the signs, where the nodes are located, and the tasks of the houses in which they are located. Their implementation will help to enter the mission of Rahu prepared and energetically filled.

3. See which planets are near the North Node and the nature of their aspects, whether they are in exaltation or in fall. Any elaboration of these planets will also lead individuals to fulfill the mission of this incarnation.

The most dangerous periods for checking the Lunar Nodes are the age of 37-38 years, when a severe crisis can cover, but everything can still be corrected, and 56-57 years, where refusing the tasks of the North Node is fraught with death. If the owners of the nodes live according to their global destiny according to Ketu and Rahu, their life is full of interesting events, achievements, they develop spiritually and physically, redeeming sins, and move to the highest karmic level.