Moon in the natal chart (horoscope)

The mysterious and mystical image of the Moon has always attracted the attention of people. For creative and gifted natures, Moon was a source of inspiration, for people in love, the Moon helped to tell each other all the secrets and secrets of the heart.

This celestial body is very well visible to an earthly observer, and since ancient times, people have noted for themselves the relationship between the lunar phases (new moon , waxing moon , full moon and waning moon) and health, mood and reproductive cycles. Knowledge of the rhythms of the moon made it possible to predict the ebb and flow, as well as increase the productivity of plants. Ancient healers were guided by the phases of the moon when collecting and processing medicinal plants, and healers, using astrological knowledge, successfully determined the favorable time for medical procedures and operations.

Moon in the horoscope

Most people know their solar zodiac sign, that is, they take into account the position of the Sun in the sign at the time of their birth. The solar horoscope will tell a lot about the personality, its worldview and aspirations. Meanwhile, the Moon, its location at the moment of the first breath of a person and its other characteristics are also very important. The moon will help to reveal the features of a people’s personal life, to understand their individual qualities, habits and preferences. Analysis of the position of the moon in the natal chart, among other things, will clarify the following points:

According to traditional views – the Moon is a symbol of all adaptive mechanisms, psychological, symbolizing the subconscious, social, determining the behavior and response of a person, biological, being associated with nutrition, and so on. This property is inherent only in the Moon and is defining for it, therefore, the principle of the Moon is adaptation.

What is personality adaptation? This is an ability and desire (not an intention, as in the case of the Sun, but a desire that has an emotional coloring) to optimally realize in the external world all its internal capabilities, all its (individuality) properties and qualities. In other words, adaptation is a process of implementation.

Since the principle of the Moon is adaptation to the conditions of existence, its function is survival, individual life. That is why it symbolizes in specific tasks everything that contributes to this – mother, homeland, home, the nature of emotional reactions, the most comfortable place and circumstances of existence, and so on.

For the realization of an individual life, it is necessary automatically, without the participation of consciousness (without using a conscious analysis of the situation, instinctively) to manifest their uniqueness, creative solar principle.

The moon gives people the appearance of life, gives the solar creative impulse an external form of expression, determining the specifics of the emotional state and behavior, their changes. In this sense, the roles of the Sun and the Moon are oppositional – the Sun symbolizes the content, and the Moon symbolizes the form, here the Sun is active, and the Moon is passive. Consequently, the role of the Moon can be defined as an appearance, a form of manifestation.

Significator of organs and diseases

The moon shows a person’s ability to adapt, is responsible for the assimilation of substances. It is associated with the stomach, uterus, mammary glands, endocrine system, in particular with the pancreas (together with Venus, Neptune and Pluto), is responsible for the mucous membrane of any organ, cerebellum, lymph, leukocytes and blood plasma. It gives nervous disorders, stomach diseases, acidity disorders, gastritis, colitis, fluid overload, endocrine disorders as a result of inflammation of the glands, visual defects, allergies and women’s diseases.

The most common problems in the natal chart associated with the Moon are difficulties in establishing personal contacts, correctly perceiving the feelings of the environment, entering small or large groups and communities.

For a person, understanding and sympathy from others are extremely important. Internal needs and desires are strong. Reactions are largely determined by mood, which is constantly changing. The need takes care of those in the worst position. Sincerity, but, on the other hand, impressionability, mental changeability, capriciousness.

The absence of serious essential needs and social claims for the subject. Emotional underdevelopment. Lack of intuition.

Probably a bad relationship with the mother, a difficult childhood, obstacles with unknown reasons, others, as if “undeserved”, stress and grief. Anxiety, an abundance of complexes, doubts, distrust.

The moon is a symbol of femininity and motherhood

Everyone imagines the movement of the moon. It always accompanies the Earth on its journey around the Sun and does not leave it without its attention for a second. Isn’t this relationship reminiscent of maternal care and custody of a child? This comparison is not accidental. The phenomena of the cosmic world are always reflected in the terrestrial reality, and therefore each planetary interaction in the natal chart creates a unique code of the inhabitant of the Earth. 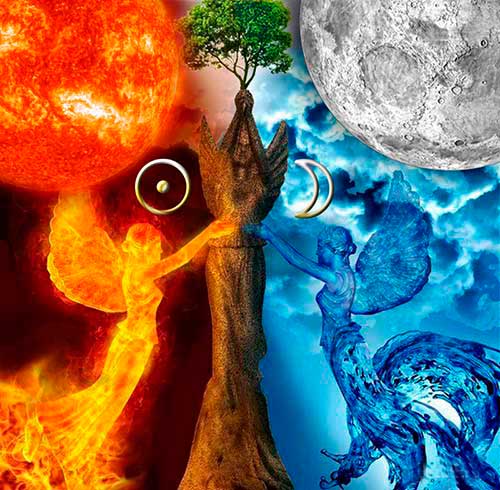 So, the Moon is a symbol of the feminine principle, which is designed to protect, care, nurse and feed. In the horoscope of the natal chart, the Moon will describe the female and maternal image inherent in the consciousness of the individual, tell about the attitude towards children, as well as towards home and family as a whole.

For example, the Moon in the sign of Cancer is a very strong position. People under this position will be distinguished by a strong attachment to home, concern for the comfort and well-being of all members of the family. The Moon in Cancer will always feed, warm, listen and hug.

But mothers with the Moon in air Gemini will take care of children and loved ones differently. The main thing for them is to create conditions for the intellectual development of the child and make the pastime of family members fun, interesting and diverse.

So, the Moon in the female natal chart describes a woman as a wife, mother and mistress of the house, the keeper of the hearth. Astrological analysis of the Moon in a man’s horoscope will not only recreate the image of his mother and reveal the specifics of his relationship with her, but also help determine the type of woman that he considers attractive.

The moon and the unconscious

Everyone knows that the Moon is always facing the Earth with only one of its sides. The other side is always invisible to an earthly observer. That is why this heavenly body is responsible for the human psyche, or rather, for its unconscious part. If the Moon in the horoscope is strong in status and has favorable interactions with other planets of the natal chart , then people in this position feel harmony in their souls, and even if some difficulties arise in life, they easily overcome periods of trouble.

Holders of the Moon, which is in tense aspects with other planets (for example, with Mercury, Saturn, Neptune, Jupiter or Uranus), in the event of stressful situations and depressive states, should pay attention to relaxing procedures and practices (yoga, meditation, balneological procedures, massage, etc. swimming), take timely leave and, of course, visit specialists who can provide the necessary psychological assistance. 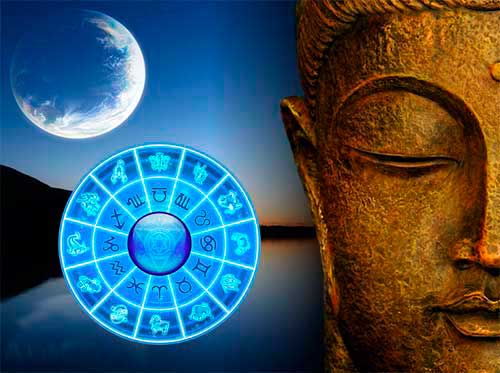 If there is a talk about the work of the body, then the function of the moon includes the distribution of energy in the human body. It is also responsible for fluid circulation, food assimilation, fertility, and baby feeding.

People who have a strong and harmonious principle of the Moon in the horoscope (for example, the Moon in Cancer or Taurus, the Moon in corner houses, in good aspects, etc.) are distinguished by good memory, quick recovery from illness, good adaptation to changing conditions, stress resistance, good women’s and men’s health).

Those who want to tune in to harmony within themselves, improve their health and improve well-being, perhaps, should pay attention to the energetic properties of minerals with lunar energy. These include moonstone , pearls, rock crystal , as well as beryl , opal and aquamarine in delicate light shades. The stones will help find balance within themselves, overcome depression, normalize sleep and improve digestion. Placing the mineral next to the crib of a restless child will reduce anxiety and calm emotions. Any of the lunar minerals will bring a lot of positive energy, mutual understanding, family happiness and love into a person’s life.

So, the Moon in the natal chart will tell a lot about the character, behavior, habits and needs of people. Astrological information about the Moon, its aspect, position in signs and houses will help the owners of the horoscope better understand their inner world, and their loved ones – to create an atmosphere of comfort and safety for a loved one and build harmonious relationships with them based on care and mutual understanding.