Elaboration of Selena in the natal chart

Selene (White Moon) is considered a fictitious point like Lilith. This is the antipode of the Black Moon, an indicator of the light karma of a person. In matters of the house and the sign where it stands, the natives performed the greatest number of good deeds in the past, and now, it would seem, they are provided with protection and a green corridor in all matters related to this topic. However, not everything is so clear.

Astrologers are still arguing whether Selena influences fate, since in the lives of many clients its influence is imperceptible, or vice versa, they commit a crime and higher powers are silent, although in most cases a person is not allowed to sin in the affairs of the White Moon and is stopped by illness and prison conclusion. The fact is that Selena can be turned off by more powerful aspects or the person did not bother to work it out.

Preparing for the karmic cycles of Selena

The symbol of the guardian angel of the horoscope is the growing moon on the cross of truth and nobility. If people hear the voice of conscience, worry about bad deeds and try to correct them, their Selena works. Selena protects its followers. The circumstances themselves are such that such people are far from disasters, explosions, maniacs and murderers.

The cycle of her return is 7 years. On birthdays that are a multiple of this figure, natives receive a reward for their good deeds and deeds, or punishment if they walked more along Lilith and the negative aspects of personal planets. Individuals who do evil, selfish and tough, can get sick or even die if their further actions bring misfortune to people.

If injuries and troubles occur in multiples of seven years of life, then Selena warns: the wrong path has been chosen.

The early start of a sexual life before the age of 14 knocks down the settings for a happy family life, especially among the owners of Lilith in Scorpio.

After 63 years, if people stubbornly refuse to change for the better and follow the path of evil, the Higher powers simply stop protecting them, and everything returns to them like a boomerang.

People need to prepare for the White Moon cycle in advance: at least a year in advance, correct the mistakes made, do the maximum good on the topic of the sector of the horoscope where it stands.

If people are bright and pure in soul, then every 7 years they will meet friends, spiritual mentors who will help them move on to a new round of happy events and self-realization. There can be healing, liberation from problems and limitations.

How to work with aspects of Selena

The White Moon, weighed down by tense aspects with other planets, does not work without the intention of a person. It is simply suppressed by more powerful energy flows.

In this case, and also if Selena is included in complex configurations, for example, a tau-square or the Finger of Fate, and even more so when it stands at the top, people need to elabporate the planets at the base of the figures in order to move to their higher floors. If this is Venus – to create beauty and be an example of the best version of oneself, Mars – to act nobly and bravely, go towards fears. Of course, people must also take into account houses in order to know exactly where to act. 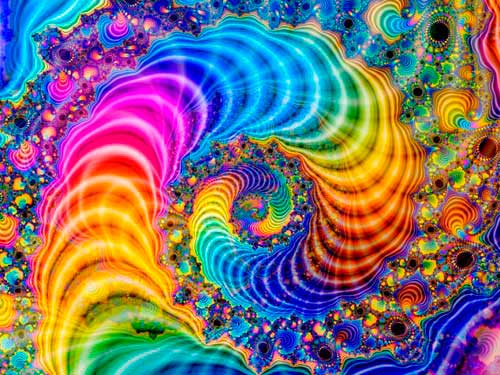 There are other important details:

Connection with the planet gives good luck and happiness in her affairs: Selena with Venus – mutual love, the talent of an actor, fashion designer, financial luck, with Mercury – oratory, friends, intelligence, but it is worth moving to the lowest floor of the planet: change, betray, deceive, as immediately comes severe punishment and retribution.

The opposition with Selena is an insidious trap on the planet in conjunction. It promises easy luck – fame, enrichment, promotion, but through actions that lead away from God: a role in a movie through a bed, a position for a bribe or betrayal.

Sextile will show what kind of talent will help to live for the benefit of society.

If the transiting White Moon is in opposition to the natal, it’s time to change for the better. The house through which the transit is going will tell you whose help will be needed: friends, partner, teacher. Selena without aspects can manifest itself only in an extreme situation, and in ordinary life a person does not feel the support of a guardian angel, does not hear the voice of intuition.

How to elaborate Selena by yourself

If the White Moon is “in the mine” or is struck by negative aspects, then it is in the power of people to turn on its support of their own will.

The sign in which it is located will show what positive qualities of character people need to develop in themselves and what actions to perform, and the house symbolizes the circumstances and activities in which they will be able to manifest them as clearly as possible, for the benefit of everyone.

For example, Selena in Leo in the 5th house indicates working with children, revealing talent on stage, charity, generosity, the ability to inspire creativity, ignite and promote talents, especially children, both their own and their pupils.

The key to turning on Selena is selflessness and charity. This does not mean that such individuals need to refuse money if they come through its line, but they need to accept them easily, with pleasure, without painful hooks for them, but always give more.

These owners of horoscope need to be attentive to all the signs and clues in the affairs of the house where Selena is standing. If it is in the 7th house and circumstances are such that it is impossible to marry a specific person or sign a business contract, then the guardian angel averts trouble, even if these individuals are madly in love, and the contract is connected with their life’s work and promises profit.

If Selena is supportive, obstacles disappear by themselves and things go well.

It happens that people go ahead and achieve their goals, then higher powers leave them with the result of a choice, but it will be very difficult to fix this.

Selena is strengthened by prayer practices, gratitude and self-sacrifice of something personal for the benefit of society and the planet as a whole, because if its antipode Lilith symbolizes the subconscious, then the White Moon is a collective superconsciousness.