Tau square – despite the blows of fate

The pyramid-like rectangular triangle is composed of tense black aspects and has its own effect on the natal chart . The 3 planets create a stream of narrowly directed negative energy: two at the base are in opposition to each other, and the third at the top creates a square to both. It is she who forms the main problems and obstacles that stand in the way of the native.

Tau-square attracts unforeseen force majeure and unexpected blows of fate, if the huge energy potential accumulated by the planets is not worked out. However, there is no fatality here: an explosion of vital stability will bring either a breakthrough through the crisis and a brilliant victory, or a complete collapse of hopes, but the result depends on the personal actions of the owner of the horoscope.

The influence of the Tau-square on fate 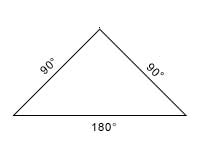 The notoriety of the black triangle is due to the presence of a double quadrature and opposition, but it is important to remember that such a combination gives unprecedented strength. If you direct it to the implementation of the tasks of the planets standing at the corners of the figure, the Tau-square will become a driving impulse to overcome obstacles before which most people succumb. It is no coincidence that he is found in the horoscopes of celebrities: B. Lee, A. Malakhov, M. Gandhi, S. Hawking. Features of the configuration action:

If Venus is at the top , life will beat on issues of creativity, financial well-being, external attractiveness for the opposite sex and personal happiness. Mars – problems with will, freedom of opinion and personal boundaries, Jupiter – loss of reputation, money, position in society. The easiest way to neutralize the fatal influence is professional implementation across the planet. A person with Venus in the center is recommended to become a designer, actor, cosmetologist, and with Mars – to find himself in military affairs or sports.

The solution to the Tau-square through the crosses

It is easier to overcome the fatal impact and avoid the blows of fate, knowing in which area to realize the potential of the triangle vertices. To do this, it is important to calculate in which cross the configuration is located, and therefore to determine the voltage level and the cooling area of ​​the heat of passions:

3. Fixed (Aquarius, Leo, Taurus, Scorpio in 2, 5, 8, 11) – stubborn and ambitious, focused on stability and practicality, able to work tirelessly. They reach dizzying heights both in finance and banking, and in art, where perseverance and hard work are required: dancers, sculptors, musicians. Hits from competitors, circumstances make it difficult to bring the coveted business to the end.

In the first case, problems are solved by counter-offensive, in the second – through communication and partnership, in the third – by methodical study of the essence of the problem. If the axis of opposition falls into opposite houses, the life situation is aggravated: 1-7 – under threat of marriage, 2-8 – loss of financial condition, do not take to large corporations, 3-9 – accidents, expulsion from the university, quarrels with relatives.

Working out the configuration

Tau Square teaches you to love difficulties and persistently overcome the steps of fate in order to receive a reward. Even if the choice of a profession does not concern the planets at the top and at the bottom, it is possible to develop their inherent qualities in the chosen business.

Several Tau-squares in the natal chart fill life with eternal struggle, but on the other hand, the likelihood of guessing with the profession and working out karma is higher, especially if the properties of the planets at the tops coincide, for example, Venus, Neptune, Jupiter are there.

The opposition to the opposition must be overcome consciously. If this is a Saturn-Moon pair, then the native is realized as a teacher coping with the outbursts of children’s whims and helping to establish a clear system of rules, or as a director in a theater, a head physician in a hospital. Jupiter-Pluto – The athlete gains worldwide fame through grueling training. Moon-Sun – success in show business and politics due to the victory over shyness and vulnerability.

The planet at the top should be perceived as a kind of lightning rod, instantly taking active steps in its spheres of influence in order to neutralize repetitive painful situations. If the Tau-square includes the male planets: Mars, Saturn, Jupiter, then the fight against obstacles will be easier and faster than in the presence of the female energy of the Moon, Venus and Neptune. Additional harmonious connections of the aspects participants facilitate the task.