The Ascendant in Scorpio (the top of the 1st house) forces the native to look at the inner world through a magnifying glass in search of the key to success, which often leads to professional studies of psychology and astrology. This is a detective, also tuned in to unravel the secrets of other people, because having understood the algorithm of their actions, he will answer the questions tormenting him. The ward Pluto is especially fascinated by the analyst of the causes of catastrophes and natural disasters, birth and death, the motivation of crimes. They often get close to criminally dangerous people, because they learn the material directly, through live communication, and not from books.

The native is born with dark hair, regardless of the genotype of the parents. Over time, hair can change color up to light blond, but 90% of ascending Scorpios in the first weeks of life are dark-skinned brunettes. If the Sun is in fire signs, then childbirth occurs rapidly, sometimes with surgical intervention or impressive blood loss to the mother. 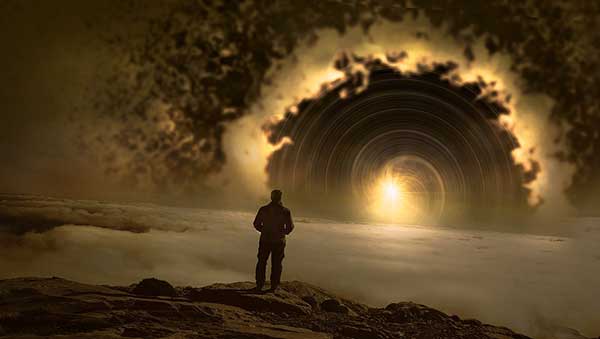 The owner of the Ascendant in Scorpio is impulsive and cruel in anger, revenge inspires his imagination, so it is better not to argue or conflict with him. Pluto strengthens the opposition of emotional “ice and fire” – secrecy and unwillingness to share experiences and at the same time inability to control strong feelings, especially negative ones. Anger, resentment, anger pour out on the provocateurs like a rain of fire.

The karmic task of a native is to temper the will and control emotions as skillfully as he manipulates other people in order to gain benefits. The spiritually developed owner of the Ascendant in Scorpio overcomes the thirst to destroy the enemy, gaining the strength and wisdom to win without sacrifice. The enormous potential of energy allows us to solve the most difficult problems.

The Ascendant in Scorpio gives interesting features of appearance and behavior:

Bearers of the Ascendant in Scorpio are loyal and reliable friends only for those who have withstood the test of strength by their complex character. They do not forget kindness and will always thank you.

Scorpio ascending in the female horoscope

She is a sexy magnet for men. A vamp woman or a girl from a neighboring yard, but intimate life is of key importance for her, which is reflected in the manner of presenting herself as a sophisticated seductress who knows a lot about seduction. In the owner of the Ascendant in Scorpio, there is an internal struggle between an active purposeful nature, who wants to reach shining peaks of glory, and a lazy sybarite, tired of passions and ambitions.

She is very observant, perfectly understands the psychological implications of behavior and instantly finds weak spots in order to manipulate and even blackmail if necessary to achieve personal goals. She is more comfortable behind the scenes than on stage in front of an audience, but an exorbitant ambition makes her move ahead of potential rivals.

There are almost always secret intentions behind her help, support, and sympathy, so potential friends should be on the lookout. The rising Taurus or Capricorn is able to calm passions and give a reliable rear. Famous women with the Ascendant in Scorpio – Grace Kelly, Claudia Schiffer, Nastassja Kinski, Nicole Kidman.

Scorpio ascending in the male horoscope

The native is cruel, straightforward and cannot stand submission, therefore, despite deep insecurity and shyness, he seeks to consolidate his strength and, at a young age, take a leadership position as a boss, which will then be burdensome, shifting the main work to subordinates. Those around him are stuffing him into friends, but he selects only the really smart and devoted, thanks to supernatural intuition.

The gloomy authority, wealth and mystery of the owner of the Ascendant in Scorpio attract women, although he rarely pays attention to the romantic side of dating. An inaccessible, coldish and self-confident person with an Ascendant in Aries or Libra is able to interest a temperamental and sensual native, which he will have to achieve, igniting the imagination with a sweet victory.

An ascending Scorpio is rarely a caring husband, preferring to taunt, suppress and even mock the dreams of the other half. Women with low self-esteem, ascending Virgo or Pisces, often fall into his network. Famous representatives – A. Blok, S. Zhigunov, George Clooney, Harrison Ford, Steven Seagal.

Militant fighters for the idea, acting according to their own rules, unleash their potential exclusively in the leading positions of the political arena (ministries and departments), civil service (intelligence and counterintelligence), law enforcement agencies and the military sphere. They are excellent analysts who achieve success in the scientific field, as well as medicine and forensics. Impressive and sensual, with the gift of profound transformation, they reveal themselves as dramatic actors and experimental film directors, artists and writers.