The sun and Mars are two heavenly bodies, symbolizing strength and creative, active, transforming principle in man. The disharmonious interaction of the Sun and Mars contributes to the fact that the energy and human activity becomes excessive. Such people are always noticeable against the background of those around them, because they are not used to sitting quietly and being content with the existing state of affairs. The tense aspect of the Sun and Mars causes their vigorous activity and makes them fight for a just cause, often provoking conflicts with others. 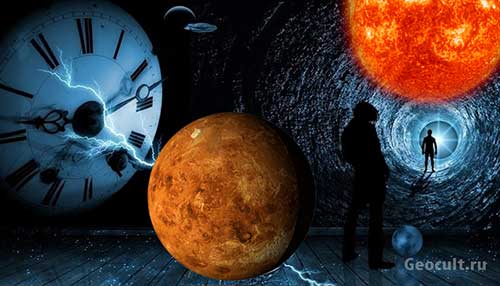 The square of the Sun and Mars makes people impatient, impulsive, harsh and easily excitable. Their behavior can alienate many due to rudeness, irritability, excessive passion and excessive frankness. However, a subject with this aspect may have merits.

Such people are never afraid of difficulties. These wayward, stubborn and proud people are not used to giving up. They will fight even though the advantage is clearly on the side of the enemy. The square of the Sun and Mars endows the native with tremendous strength, will and energy, so very often physical labor for such people becomes a vital necessity. They love sports and any active and mobile activity.

The owner of the tense aspect between the Sun and Mars feels best in an atmosphere of danger and risk. Thanks to the instant reaction, the ability to fight back and act decisively in an emergency situation, he is known as a courageous and courageous person. In ordinary circumstances, where peace and tranquility reign, such a subject feels uncomfortable. Not finding a worthy use for himself, he begins to fight against windmills, to reveal imaginary conspiracies and thereby provoke the enmity of others.

Such people need to choose an activity for themselves where they could fully realize their powerful energy resource. This can be sports, military affairs, the work of a rescuer, a stuntman, service in law enforcement agencies, etc. The aspect between the Sun and Mars sparks the native's interest in doing business, in finance and commerce, as well as in politics and production.

The square of the Sun and Mars in the female horoscope

If the square of the Sun and Mars is found in the female horoscope, then it indicates difficulties in relationships with the stronger sex. The fact is that such a woman herself displays masculine traits: decisiveness, initiative and impulsiveness. Such features of character and behavior cause embarrassment and rejection among the stronger sex, because women are expected to be gentle, humble and peaceful.

Realizing these qualities of their nature, women adjust their behavior and thereby minimize the number of possible conflicts with the opposite sex. It is important for the owners of this aspect to learn how to allow their partner to make important decisions and manage the development of relations, thereby avoiding a situation of competition in the union.

Action of the Sun and Mars in some zodiac signs

The square of the Sun and Mars is a destructive aspect in which the evil star Mars participates. However, if both luminaries are strong in cosmic status, then the huge amount of energy released during the interaction of the planets can benefit both the native and the people around him.

An example would be the aspect connecting the Sun in Leo and Mars in Scorpio. A native with this quadrature is able to act decisively and quickly in any difficult situations. Water Mars allows you not to make unnecessary movements and deliver a lightning-fast and accurate blow to the enemy, and the strong Sun highlights the social significance of the native's courageous actions, making him a hero and brave in the eyes of others.