The square of the Sun and Pluto is a powerful combination of celestial bodies, giving tremendous energy, will, the ability to rule and gain popularity. The sun here symbolizes the ego of a person, and Pluto – his ability to control the situation, influence the consciousness of others and inspire them with respect.

Since square is a tense aspect, the joint action of the Sun and Pluto can be not so much creative as destructive. Such people may be tempted to create a new order on the ruins of the old, but in times of crisis they prove themselves to be real leaders, tireless fighters and winners. 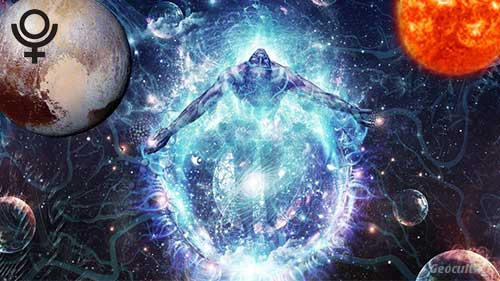 The influence of the aspect on the personality, behavior and worldview of a person

It will not be possible to pass by the owner of the square of the Sun and Pluto just like that: there is something in his appearance that catches, mesmerizes and makes you stop. The character of the native has an extraordinary magnetism, excellent leadership qualities, the ability to win attention, ignite people and lead them to their goal. The native knows how to subjugate people to his will. Next to him, everyone feels confident and therefore transfers the initiative to him in everything. Such people do not hesitate to speak in front of the public and hand out commands and instructions.

The negative character traits of such a person will be hot temper, authoritarianism, excessive ambition, a desire to suppress others. The owners of the aspect can be impatient, impulsive and angry, however, thanks to assertiveness, courage, extraordinary strength (both moral and physical), these people most often achieve what they want.

If there is a square of the Sun and Pluto in the birth chart, then it is advisable for the native to choose for himself activities associated with responsibility, risk or struggle, and thereby giving an outlet to the powerful potential of the natal chart. Such people will be effective in the role of entrepreneurs, politicians, law enforcement officers, stuntmen, rescuers, investigators, criminologists, etc. A person with this configuration will reveal their abilities, using themselves in the field of psychology, finance and show business. The role of a leader at any level is also suitable for him.

Square Sun – Pluto in the natal chart of a woman

Since the aspects of the planets to the Sun, the signifier of marriage in the female birth chart, characterize the type of men preferred by the mistress of the horoscope, the square from Pluto will tell about a strong-willed, domineering and oppressive partner. He can be strong, financially secure, energetic, adventurous, and popular, but his dictatorial tone, over-assertiveness, quarrelsomeness, and leadership can make relationships difficult.

In addition, it is quite difficult for the owner of this aspect to show flexibility in a relationship. Compromises are difficult for her. In any controversial issues and when problems arise in a relationship, she tends to be straightforward, hack off the shoulder and do her own thing, which can be the main cause of discord in partnership.

Square of the Sun and Pluto in some zodiac signs

Squaring is an aspect that carries destruction. However, if it unites luminaries that are strong in their cosmic status, then the energy received from the interaction of the planets benefits the native, making him especially fearless and capable of struggle, competition and defending his position.

For example, the square linking the strong Sun in Leo and Pluto in Scorpio increases the subject's penetrating ability. A person gets the opportunity to maximize his talents in critical situations; through fighting and confronting opponents, he becomes successful, effective and popular.