Opposition is a tense astrological interaction, however, the disharmonious aspect formed by the good luminaries of the Sun and Jupiter is still able to benefit the owner of the horoscope.

The sun symbolizes the creative ideas and initiatives of man, and Jupiter – his craving to expand his sphere of influence and improve his life. A native with a tense aspect between Jupiter and the Sun will be lucky, happy and successful, but he will not calmly wait for favorable chances from fate, but every time he will try to catch the obstinate bird of luck by the tail. 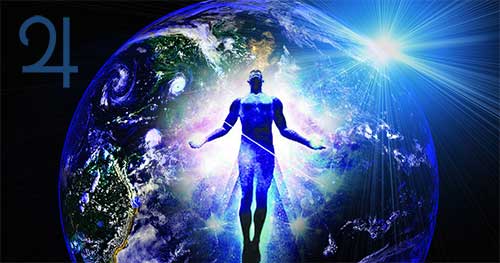 The influence of the aspect on personal qualities, attitudes and interests of a person

The opposition of the Sun and Jupiter in the horoscope is a sign that the native is a positive, cheerful, courageous, proactive, cheerful and spiritually generous person. Sometimes he too demonstrates the qualities mentioned, and this bravado seems unnatural and suspicious to others.

A person with this configuration does not like to sit still. He travels with pleasure, learns new things and changes life circumstances. In his head, there are many progressive ideas and large-scale plans, which, however, are divorced from reality. Holders of an idealistic and philosophical outlook on life can not always find a stable and reliable position in life. They risk becoming eternal students, incorrigible dreamers or citizens of the world who do not want to settle in a certain place.

The disadvantages of people with this constellation are bragging, wastefulness, impulsivity and carelessness. Faced with earthly realities, such people become irritated and show their explosive nature. They complain about social injustice, stagnant processes in society, low culture and illiteracy of others.

A native with the opposition of the Sun and Jupiter easily realizes his talents if he chooses activities related to law, pedagogy, tourism, literary or publishing activities. He may be attracted to geography, philosophy, religion and the study of foreign cultures. Such people can successfully play sports and any creative activity.

Opposition of the Sun and Jupiter in the female natal chart

The sun indicates the image of a potential partner in a woman's horoscope, and according to its aspects, one can make a description of the type of men to which she gravitates. The tense aspect between the significator of marriage and Jupiter will tell of a proud, independent, proud and wasteful partner. Sometimes it will be difficult to deal with him, since the behavior of this lover of adventures and adventures can be unpredictable.

The owners of the opposition between Jupiter and the Sun should avoid idealizing their partner. Men who she may meet are prone to exaggeration, have high self-esteem and know how to show off. On closer acquaintance, a gentleman may turn out to be a person without education, who wants to live in a big way, but does not have a solid material foundation.

The opposition between Jupiter and the Sun indicates that the native strives for happiness and success simultaneously in two different areas. Sometimes it is difficult for him to combine his efforts, because his goals are too different. The signs of the zodiac, activated by the Sun and Jupiter, will give more detailed information about the native's field of activity.

For example, tension along the Cancer-Capricorn axis will cause a desire to realize oneself in the chosen activity and achieve happiness in personal life by building a strong family. The subject will experience a lack of time and resources, working in two directions at once, however, risk, original solutions and adventures, oddly enough, help him move forward on his way.