Pluto in the 8th house is in its element – it controls the transitions of consciousness through crises and esoteric insights to the highest level, pushes the native to bold actions on the verge of mortal risk in order to find out the true “I” in the fight against complexes and fears.

A person is sickened by a calm existence, he is looking for storms and flight over the abyss. He perceives deep shocks as a springboard for personal growth. This is a mystic, striving to become a wizard, move mountains with the power of thought and save those who die in disasters.

The strong position of the planet gives invulnerability in terrible storms and battles, but the struck Pluto in the 8th house, on the contrary, symbolizes the danger of being in a crowd and the need to cultivate high spiritual qualities and thoughts in oneself in order to reach the main destination. Until then, fate will test the native’s strength with stressful painful situations. At worst, he enjoys the suffering of others. 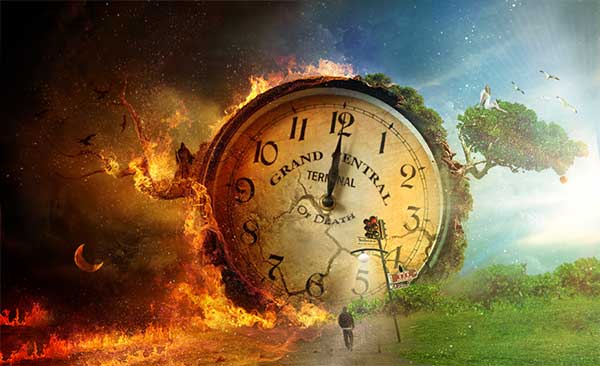 Pluto in the 8th house encourages you to choose a difficult painful relationship with a partner and the accompanying social circle, when you want to increase the level of culture, emotional communication, change your attitude towards yourself for the better, but for this you need to radically violate the rules of egregor by which the native and his family live.

Thirst and fear of change haunt and spoil life for many years, forcing to plunge into the occult and look for a way out in magic and religion. Secretly, a person dreams that the Higher Forces will make a choice for him, but the key to working out is hidden in personal choice. He can be a reformer and leader not only for the crowd, but also for his soul. Laziness and internal contradictions lead to a worsening of circumstances:

These are signals of the need to take fate into your own hands and act. Despite the ability to rivet the attention of the crowd in public speeches, to influence the mass consciousness with words and thoughts, it is difficult for the owner of Pluto in the 8th house to join the team and maintain friendly relations. They envy him and want to overthrow him. But self-development is inseparable from cooperation and joint creativity. An active sex life will help build confidence and soften the plutonian energies.

Pluto in the 8th house of the natal chart brings the possession of big money in the field of esoterics, politics, medicine and show business. Prophecies about death under mysterious circumstances often have symbolic meaning – researchers do not associate the disappearance of Hitler and Elvis Presley with physical death, perhaps they began a new life under different names, having faked death.

The owners of the planet are extremely tenacious and get out of the most difficult traumatic vicissitudes. Field sign 8 indicates areas of fatal change in which caution is required:

1. Aries, Leo, Sagittarius – aggressiveness hides vulnerability, the native tries with the energy of destruction and fear to create an aura of greatness and significance. It is necessary to avoid the temptations of the criminal world and easy money through fraud and robbery. It is recommended to do business, sports, realizing that victory may not be associated with the destruction of the enemy. Be wary of pyrotechnics, law enforcement, travel to hot countries and exotic animals.

2. Taurus, Virgo, Capricorn – greed and striving in carnal pleasures require elaboration of spiritual development. Women are critical and sharp-tongued, they can get married of convenience, men are careerists who use office romances for promotion. Get rich through inheritance. Caution will not hurt in matters of partner money, insurance, securities. It is necessary to develop ingenuity, flexibility of mind, sexuality. Danger from cattle.

3. Gemini, Libra, Aquarius – serious trouble brings frivolity, emotional and verbal incontinence. They do not know measures in the struggle for justice. Suicide is often thought of as a way of disappearing from an imperfect world. Avoid lying, stealing, communicating with dishonest people, taking off “rose-colored glasses” so as not to suffer from broken illusions. You need to build self-confidence, not go out in a hurricane, not walk on roofs, unfinished buildings, not trust strangers.

4. Cancer, Scorpio, Pisces – the danger of oncology, for the study it is required to cultivate cheerfulness and strengthen the nervous system, get rid of self-criticism, resentment, and vindictiveness. You cannot communicate with black magicians, hypnologists, sorcerers, often visit cemeteries. Mines, subways, dungeons are potentially dangerous; it is not recommended to travel to countries where tsunamis are likely and swim in a storm. Take loans and borrowings with caution. Financial and legal education is desirable.

Square with Mars shows the native’s lack of diplomacy: arrogance and assertiveness will bring success in business, but will alienate friends and loved ones.

A harmonious union with the Sun promises profit thanks to marriage, with the Moon – the gift of a healer and the ability to skillfully bypass the traps of enemies. Favorable aspects with Mercury – subtle intuition for various transactions and speculations. With Jupiter – profit or wealth through inheritance or a successful marriage with a rich partner. With Saturn – a slow but confident ascent and self-affirmation, often a long fruitful life. With Uranus – wealth through inventions, discoveries, rationalization activities, investments. With Neptune – phenomenal or psychic abilities, the gift of foresight, predictions.