The sun is a good luminary, Saturn is evil, but the harm of the latter is minimal if the planets are united by a sextile, which is a harmonious aspect. The sun is the source of human strength and energy. Interaction with a calculating and pragmatic Saturn creates a focus of the personality on conquering the peaks and achieving lofty goals.

Saturn somewhat limits the ego of a person, takes him away from holidays and fun, forcing him to think about the meaning of life. Planning, sober calculation, goal-setting and keeping order are what the owner of the sextile between the Sun and Saturn values ​​so much.

The harmonious aspect between the Sun and Saturn makes a person reasonable, responsible, persistent and diligent. From an early age he understands that the path to success is not easy, but if you plan your activities correctly and gradually move towards the goal, then sooner or later the plan will come true.

Persistence, extraordinary diligence, patience and the ability to wait out an unfavorable period give good results sooner or later. As a rule, people with a sextile between the Sun and Saturn make a good career and achieve authority and respect in society. The most valuable thing that a native acquires during his life is his rich experience and excellent professional qualities, thanks to which he becomes a desirable employee in any company and, possibly, a leader of a responsible position.

The harmonious aspect of the Sun and Saturn often endows its owner with longevity. Such people are tireless workers. They always have a list of goals and objectives for tomorrow, next month, and even a year ahead. They just have no time to get sick and complain about problems, because there is still so much to redo.

Subjects, in whose horoscopes there is a sextile of the Sun and Saturn, can most easily show their talents in the field of public administration, management, finance, statistics, construction and education.

Saturn, being sextile with the Sun, describes not only the character of the owner of the horoscope, but also the type of man that she considers most suitable for herself. Her partner must be goal-oriented, persistent, tenacious, organized and ambitious. It often happens that he is somewhat older than the owner of the horoscope. This is no coincidence, since it is wisdom, spiritual maturity and serious intentions that are what a woman with a sextile of the Sun and Saturn values ​​in her chosen one.

The owner of the aspect, as a rule, does not rush to get married. Marriage for her is an important step in life, and she approaches the choice of a partner very seriously and thoroughly. Sextile of the Sun and Saturn indicates the strength of relationships, patience and the ability to successfully overcome difficulties arising in personal life. 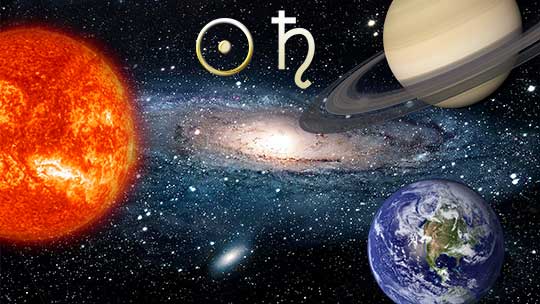 Sextile of the Sun and Saturn in various elements

Sextile of the Sun and Saturn most often combines the elements of Fire and Air, Water and Earth.

If the heavenly bodies are located in the fire and air signs of the zodiac, then the native learns during his life to master the word, work with information and communicate it to those around him without distortion. Such people know how to transfer knowledge to others, give clear instructions, practical advice and wise instructions. Due to the fact that the native knows how to maintain business relations and does not violate ethical standards in communication, he soon manages to become an authoritative figure and gain respect from others.

Sextile of the Sun and Saturn, manifested in the elements of Water and Earth, focuses the individual on hard work, striving for a strong position in society and material stability. Such people most often work tirelessly to achieve specific goals and positive results in activities.