Selena (White Moon) in Aries – a knight in shining armor

Selena is the antipode of Lilith , the White Moon versus the Black Moon, the embodiment of the guardian angel at a fictitious point of the horoscope, invisible to the eye, but tangible in the form of the magical support of the Higher Forces in difficult times. Being in a certain sign of the zodiac and the house of the natal chart , it shows the sphere of life, where the native is especially protected from evil and negativity, as well as the positive karma accumulated in a past life, thanks to which he is now reaping the fruits of happiness and good luck.

But it is also a responsibility: it is necessary to show qualities that correspond to the highest qualities of a position sign. The White Moon in Aries means protection in battles and natural disasters, and if karma is strengthened, it will be necessary to save and protect the unjustly offended and weak, observing the esoteric laws of Selena.

The saving influence of the White Moon in Aries

Unlike Lilith, who has a 9-year cycle, the White Moon checks the ward every 7 years for compliance with selfless service to humanistic ideals. If most of the actions are done in the name of good, then a reward awaits a person, and injuries and shocks indicate a transition to the road of negativity and destruction, when even the Higher Forces are powerless. Of course, it is not easy to meet high standards in all areas of life, so you need to pay close attention to the topics raised by Selena’s position in Aries. She provides protection and support during:

People with a White Moon in Aries are naturally fearless and compassionate towards those in trouble. They are oppressed by routine and routine, and any journey and adventure excites the spirit and includes the support of the Higher Powers. With the harmonious position of Selena, the native is noble in soul and body, as it seeks to match the inner image of a knight or a beautiful princess, saving the sick and helping the weak.

This makes him happy, because the subconscious mind signals the fulfillment of a karmic task. The native easily forgives offenses and generously deals with those who lose to him in competitions, but in the fight against a real enemy he will fight to the last, defending what he considers sacred.

In a past life, the owner of the White Moon was a fighter for human rights, with a sword or scroll of the law, opposing evil, therefore in his current incarnation he received the right to safely walk on the edge of the abyss, subject to the laws of universal justice, violations of which threaten him with physical injuries, venereal diseases , headaches and kidney pains, but the more actively the native protects others, the more invulnerable he becomes.

Selena in Aries, and any other sign, has three levels of karmic awareness, depending on spiritual development:

1. Inferior – a person collects “bonuses” of the previous incarnation, enjoying the ability to get out unscathed from extreme incidents. If he thinks bad about his neighbor, Lulu in Aries will rebuild the circumstances so that he will have to curtail his criminal plans. In case of refusal from spiritual self-improvement and abuse of the highest protection: provocations of fights, unreasonable risk, the help of the guardian angel is removed.

2. Average – the native does good, expecting a material or verbal reward in gratitude – money, gifts, enthusiastic compliments, medals and orders, but since from an esoteric point of view, the good of a warrior of light is good in any case, heavenly patrons do not interfere with enrichment if he follows the conditions created by fate for achievement.

3. The Supreme – the native renounces material pleasures in favor of selfless service to the unfortunate and disadvantaged. This is the level of a priest, a military leader who cares for the Fatherland, a surgeon or a scientist looking for a vaccine against dangerous diseases.

At any level, bullets and knives seem to bump into invisible obstacles, the enemy’s fist flies by, and falling from a height, a person miraculously turns out to be unharmed, but you should not abuse this luck. Fire in any form (candles, bonfire) cleanses a person of negativity and feeds Lulu. 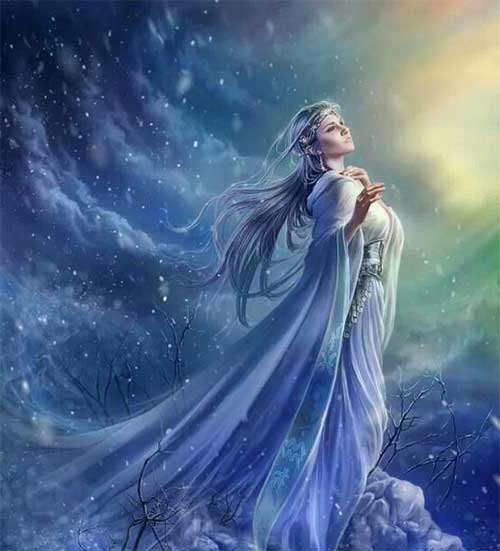 Aries symbolically corresponds to the 1st house, respectively, the harmonious aspect of Selena with its ruler, Mars, gives courage, confidence in leadership qualities and the ability to make the right decisions in stressful situations and to withstand the battle with the toughest enemy. The negative aspect with the red planet includes inner doubts and fears, physical weakness, which must be overcome by tempering the will and strengthening the body (for example, the owner of Selena in Aries, commander A. Suvorov).

Trine with Venus makes it possible to resolve conflict situations through personal charm, and with Jupiter – thanks to authority and power. Negative aspects show the source of danger, but the confrontation between Selena and Lilith looks especially threatening, which puts the native in a constant struggle between good and evil, when you need to independently understand where darkness and light are and make the right choice.