Mercury is responsible for human thought processes and speech. Neptune, when combined with Mercury, adds intuition and psychological sensitivity to the native.

Since Neptune is a malevolent planet, the aspect of conjunction negatively affects the qualities of Mercury. Mind and speech become imprecise and chaotic, and the native has to make an effort to be understood by others. 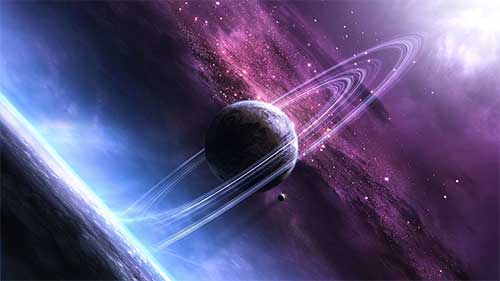 If there is a connection between Mercury and Neptune in the natal chart , then the native has figurative thinking and can read between the lines. He understands perfectly well that many phenomena of reality cannot be explained with the help of logic, and therefore does not lose sight of those numerous “inconvenient” facts to which most people do not have confidence.

The native is very sensitive and is able to pick up on the moods and latent desires of others. It is not surprising that he is readily entrusted with secrets and told about the most intimate. At the same time, the owner of the horoscope himself often finds it difficult to formulate his thoughts. His speech can be confused and unintelligible, and his writing is unattractive and unreadable due to the huge volumes.

Best of all, people with this aspect can show their intellectual abilities in psychology. They can also be attracted by literary activity, medicine (including non-traditional), finance, religion, philosophy, esotericism, linguistics, biology and chemistry. Subjects with this constellation in natal can see prophetic dreams and receive fateful signs. They are also characterized by an interest in various fortune-telling techniques, mystical phenomena, everything secret and unknown.

The owners of the Mercury-Neptune conjunction aspect in the natal chart should avoid duality, delusions and deception of others. Achieving goals in life can be hindered by subjectivity of thinking, isolation from reality, inability and unwillingness to face the truth and take the situation under personal control.

The conjunction of Mercury and Neptune in the child's horoscope

A child with this astrological aspect is unusually dreamy, musical and has a rich imagination. From an early age, he is fascinated by the magical world of fairytale heroes and adventures. It will be good if parents can read books to their children before bedtime. This will help the baby to get distracted from unpleasant incidents and quickly fall asleep.

You should not blame such children for forgetfulness and absent-mindedness. A clear explanation of the order of actions and procedures will help develop discipline in the child.

Such children should be encouraged to have a talent for storytelling. They have good imagination and make up stories with ease. However, it is still better for such a child to explain the line between the imaginary world and reality and teach them to distinguish between falsehood and truth.

The conjunction of Mercury and Neptune in some zodiac signs

Despite the fact that Neptune weakens the qualities of Mercury, finding this conjunction in the signs of Gemini and Virgo can make a person successful in intellectual activities.

The conjunction of Neptune and Mercury in the air sign of Gemini will inform the native of a good reaction rate and a quick intuitive mind. He will not need to go into details when studying complex material or bother others with numerous questions on any occasion. He will fill in the flaws and gaps in the information chain himself, and the psychologist's natural abilities will allow him to understand the inner world of the interlocutor.

If Mercury and Neptune are located in the natal chart in the earth sign Virgo, then intuition helps the pragmatic mind to understand the most difficult and confusing issues. Such people can successfully find the causes of malfunctions in technology or determine the causes of diseases with an unclear etiology.