Aspects of the conjunction of Jupiter and Pluto contribute to the promotion of the native in society. Jupiter symbolizes empowerment and personal influence. Pluto endows the native with enterprise and the ability to rule.

Jupiter and Pluto, having combined their influences, impart enormous inner strength, energy, invincible will and faith in their own success to the personality. And yet they are conflicting planets. The conjunction of Jupiter and Pluto makes a person uncomfortable in communication, sometimes fanatical and selfish. 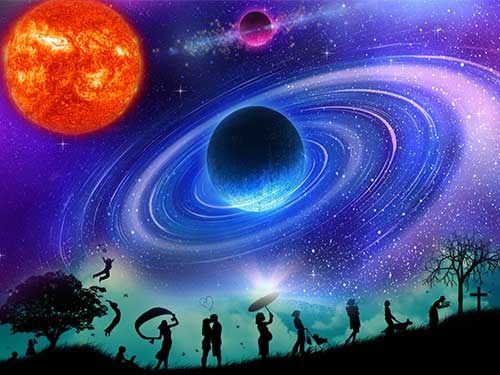 The influence of the aspect on personality traits, worldview and views of a person

The conjunction of Jupiter and Pluto gives a craving for gaining authority, assertiveness, the ability to convince, inspire and command. People with this aspect always understand what their purpose is. They know how to achieve success, they foresee all the successful opportunities and unfavorable coincidences on their way. Horoscope owners do everything to achieve good results in their activities, as well as popularity and fame.

Holders of this aspect rarely go to their goal alone. They have good organizational skills and know how to direct people inclined to obedience to the implementation of their plans.

Since the conjunction of Jupiter and Pluto is a tense aspect, the native often has to compete with others and struggle for power. His desire to be always the first, intransigence, unwillingness to follow the letter of the law and the desire for personal enrichment can play a cruel joke with him. We must beware of loss of authority, bankruptcy and high-profile scandals.

People with this aspect strive for wealth, both spiritual and material. In any discipline, they want to get to the root of everything in everything. Their task is to unravel the secrets and mysteries of nature and the surrounding world, to understand the essence of the inner world of man and the mechanisms of influence on him. Aspect holders make good psychologists, forensic scientists, investigators, entrepreneurs, financiers, economists, chemists, and physicists.

The conjunction of Jupiter and Pluto in some zodiac signs

This aspect will have a more favorable effect on the life and work of a native if the conjunction of the planets took place in Aries, in Sagittarius, in Pisces and in Cancer.

The conjunction of Jupiter and Pluto in Aries will give the world strong-willed, determined and ambitious people who can captivate others with their ideas and ideals. The owners of the aspect always stand for the renewal of society, which occurs due to the introduction of progressive knowledge into the broad masses. Such people are natural born leaders and educators.

The conjunction of Jupiter and Pluto in Sagittarius will make the native successful in sports, law, philosophy, teaching and research. Due to the ability to foresee the development of the situation and the desire to improve their level of knowledge, such people are often successful.

If the conjunction of the planets occurred in the water signs of Cancer and Pisces, then happiness and well-being of the owner of the horoscope can be expected in creativity, material affairs and in personal life. Such people are rich spiritually and know how to maintain good relations with others.

The good aspects of Jupiter and Pluto with the native's Sun or Moon will bring a life full of inexhaustible possibilities and favorable chances. The person often feels powerful support from family and partners. He is given patronage, helps build a career and is entrusted with high positions.

The intense interactions of the planets mentioned make the subject's life full of difficulties and unexpected adverse coincidences. Severe trials and high-profile conflicts can ruin a subject's career and personal life. You need to be able to anticipate critical moments in business and develop flexibility in relationships with partners.