The conjunction of Jupiter and Uranus is a rather rare astrological phenomenon. If it was found in the native's birth chart, then you need to consider the position of these luminaries in houses and signs, and also highlight the aspects formed with personal planets. Analysis of aspect interactions will tell you about the most significant characteristics of a person's personality.

Jupiter is a benefactor planet. It symbolizes the expansion of a person's influence and his growth in society. Close interaction with Uranus will inform the native of the desire to create for the good of society. Since Jupiter is associated with philosophy and outlook on life, the ideas of the owner of the aspect are humane and progressive. He not only gladly expands his personal horizons, but also generously endows those around him with his rich knowledge and experience. 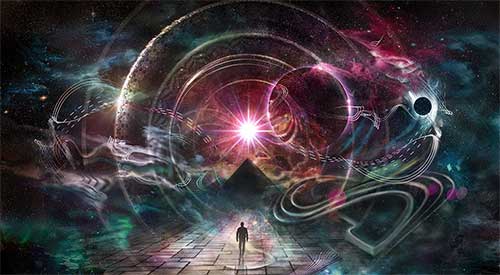 The mind of such a person is very selective and independent. Many different teachers will appear in his life, but the native will not blindly believe one concept, no matter how popular it is. Often these intellectuals and free-thinkers manage to combine disparate teachings into a single system. Thanks to long spiritual searches, scientific work and research, the subject gains fame and fame.

The negative characteristics of a person with this aspect will be impulsiveness, extravagance, constant anxiety and unwillingness to “be like everyone else.” Where it appears, chaos and instability arise. A person knows how to confuse the thoughts of others and destroy any well-established common cause.

A native can show his abilities in creativity, sports, as well as in any scientific, research and inventive activity. Due to his high social activity and natural philanthropy, work related to communication and a large number of contacts (politics, psychology, consulting activities, etc.) may suit him.

The conjunction of Jupiter and Uranus in some zodiac signs

The conjunction of Uranus and Jupiter is a tense aspect. However, this astrological constellation manifests itself in a positive way if the planets are in the signs of their power.

For example, the combination of these luminaries in the sign of Aquarius (as it was, for example, in 1997) contributed to the emergence of erudite, original, freedom-loving personalities and possessing a powerful foresight gift.

The conjunction of Jupiter and Uranus in the sign of Sagittarius (for example, in 1983) endowed people born during this period with optimism, faith in a good future, humanity and a high level of spirituality.

If Jupiter and Uranus are in a harmonious aspect with the Sun or Moon, then the native's life is going well. The owner of the horoscope is sociable, communicative and open to all kinds of innovations and favorable changes in life. He is often given help and protection. Over time, he accumulates a lot of valuable knowledge and becomes a generally recognized authority among friends and acquaintances. The person himself provides support to others, both moral and material.

Jupiter and Uranus, damaging the Moon and the Sun in the horoscope, speak of a life full of unforeseen circumstances and adverse changes. Failures can haunt a person both in personal life and in professional activity. Such people can be rebellious and adventurous by nature. It is difficult for them to live a calm and measured life, and therefore they often destroy everything they have created with their own hands. Working out the aspects gives people innovators and reformers who are ready to sacrifice their personal life and their own comfort for the common good.