Solar Capricorns, if necessary, can conquer any peaks, be independent and self-sufficient in order to show their ambitions and organize their salvation. They are conservative, organized, methodical, responsible, honest, patient, practical, influential, disciplined, serious, and determined. Bad qualities include concern, pessimism, vindictiveness, suspicion, stubbornness, and intolerance. They are the happiest people when their job requires organizational skills, honesty, and perseverance. They are afraid of failure.

Quiet appearance leads ibex to loneliness. They build a wall around themselves to protect themselves from the “bad winds” of the surrounding world. They do not allow anything to interfere with their plans and ambitions. They fight for safety, holding tight to duties and responsibilities. The job is very important to them and they don't take it lightly. Many Capricorns suffer from an inferiority complex, and sometimes this is what pushes them on the path to success. They want to look good compared to the rest of the world. 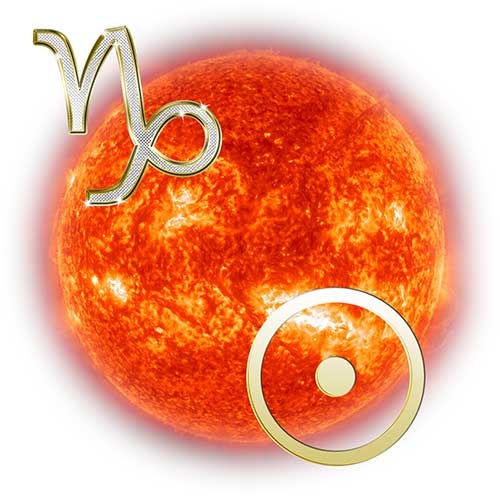 Capricorns love to plan their every action, weighing the pros and cons before making a decision. They are reliable, especially in times of crisis. If you ask them, they will give practical advice. They are generally not aggressive people, and only express hostility in self-defense.

At times, Capricorns can be very sensitive to hurt feelings and feel lonely if no one understands them. Some Capricorns seek retribution for the harm done to them. Capricorns need people, but they tend to distance themselves from them out of caution and fear of feeling pain. They are devoted to close friends and people they care about. Respect and recognition are important to them, and encouragement and praise motivate them.

The fear of being left without material means makes Capricorns always have a regular income. Their achievements in life are due to steady progress, not speculation and get-rich-quick schemes. They are well disciplined and nothing can throw them off course if they decide something. They will give up many pleasures in order to achieve their goals. Hard work inspires them. Capricorns are frugal and love to pack. They despise waste. This also applies to the time spent on idle talk. Capricorns speak when they have something to say.

People born under the sign of Capricorn in the natal chart can think creatively, but sometimes they need to learn to overcome their own doubts and insecurities. Pessimism about their abilities can hold them back. They must learn to believe in themselves and think more optimistically. There is no such peak that they could not climb if they wanted to.

Capricorns are very patient, which is good, because many of their plans are faced with delays, delays and obstacles. This teaches them humility, which helps them fight for spiritual and material gain. For them, work is a remedy and perhaps the best cure for all of their illnesses, apart from overwork, which they often suffer from. It is difficult for Capricorns to truly relax. They feel happiest when they are busy, even in their free time.

Capricorns are considerate and reserved people. They compensate for the lack of personal magnetism inherent in other signs of the zodiac with tact, compassion and kind-heartedness. Their own adversity helps them understand the suffering of others. In love, Capricorns are just as romantic and emotional as any other person, but they usually hold back in expressing feelings. They are careful about making commitments. Capricorns don't take the next step until they make sure the potential partner's personality and lifestyle are compatible with their own. Once married, they rarely get divorced because they feel that any situation can be resolved with diligence.