The trigon of the Sun and Jupiter is a harmonious aspect that brings happiness, joy, tranquility and a sense of fullness of life. Both luminaries are good, and therefore the owner of the aspect sees life in a rainbow light, loves others and is always in tune with positive and good. 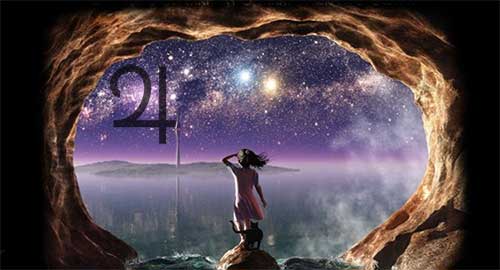 Since the Sun symbolizes the desires, aspirations and worldview of a person, and Jupiter gives the favor of others and the patronage of his superiors, it is easy for a native with such an astrological configuration to achieve success in society. His ideas and ideas are always supported by the public, and his actions and activities are highly appreciated.

The influence of the aspect on the personality, her views and worldview

The trigon of the Sun and Jupiter is an aspect that endows a person with a freedom-loving, cheerful, kind and cheerful character. Aspect owners always feel the need to expand their horizons. They study a lot, travel, improve themselves, and this creates an image of knowledgeable, advanced and progressive people for them.

Such subjects are often asked for help and wise advice. They often have the gift of foresight and are able to predict the development of situations. The owner of this aspect has an amazing ability to charge others with positive, faith in himself and confidence in the successful outcome of the case. With such a person, all issues are resolved easily, quickly and successfully.

The negative side of this aspect is too easy and carefree attitude to life. The native tries to avoid ungrateful work, coping situations and life circumstances that bring discomfort. Self-complacency and contemplation make a person incapable of dealing with the vicissitudes of fate and any difficulties.

The holder of the trigone of the Sun and Jupiter will successfully prove himself in any creative activity. Such people make good athletes, writers, lawyers, philosophers, doctors, teachers, religious leaders. They are often involved in charity and educational activities.

Trigon of the Sun and Jupiter in natal women

The harmonious interaction between the Sun and Jupiter in a woman's natal chart is one of the indications that her marriage will be happy. In a partner, such a woman is attracted by nobility, humanity, optimism and breadth of soul. With such a man it will be interesting for her to learn new things, travel and engage in creative activities.

Most often, in a marriage, a woman is expected to be prosperous, financially wealthy and an improvement in social status. Interaction with a partner gives her a desire to develop, to expand the range of her knowledge and a desire to help others.

Trigon of the Sun and Jupiter in various elements

The sun and Jupiter, united by the trigon aspect, are usually located in the same element. If the heavenly bodies are in the signs of the Earth, then such a subject is trying luck in any material matters. Fate regularly presents him with monetary gifts, high statuses and leadership positions. This is no coincidence, because the native has received a quality education, is used to planning a lot and working only in those areas that promise ascent and prestige.

The trigon of Jupiter and the Sun in the signs of Water gives people good luck in matters of love and feelings. Such a subject understands the psychology of people, and therefore it is easier for him to establish interaction with people, to create strong alliances and strong families.

The trigon, which unites the luminaries in the signs of Fire, makes people pioneers and leaders. They easily win the attention of others, ignite them with progressive ideas and jointly implement their initiatives with them.

The harmonious aspect connecting the Sun and Jupiter in the air signs of the zodiac endows the native with open-mindedness, democracy and a philosophical mind. Such people achieve the greatest success in any intellectual, scientific and inventive activity.