Golden beryl (Heliodor) – the magical properties of the stone

Golden beryl which is also known as ” Heliodor “, which in Greek means: Helios (sun god) and Doron (gift). Which in Greek mythology means the gift of the sun god. This beautiful yellow translucent mineral fully lives up to its name. 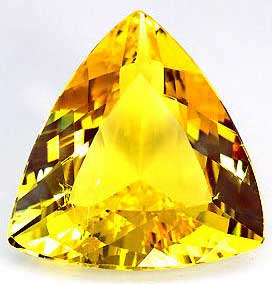 For the first time, yellow beryl was discovered in Africa in the region of Namibia, in 1910, during the extraction of aquamarines, which are also a type of beryl. The company that discovered the new mineral named it “Heliodor”. And in 1914, for Wilhelm II, the last German emperor, a gorgeous ring with gold beryl was made. But the popularity of the new find never came, the First World War intervened and everyone forgot about this precious stone.

Currently “Heliodor” is mined in Namibia, Sri Lanka, Nigeria and Brazil in Madagascar.

Magical and healing properties of the stone 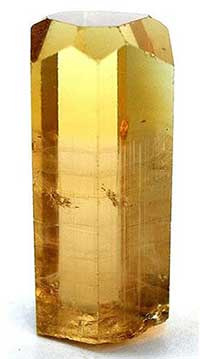 Yellow beryl is a crystal that radiates the warmth and power of a sunny color, gives concentration of thoughts and physical well-being. Subtle vibrations of this stone stimulate the activity of the brain, for the assimilation of knowledge and thus help in learning. It is also suitable for those who start their own business, gives confidence and determination in achieving the goal.

The talisman of Golden beryl will protect its owner from damage, the evil eye and all types of dark energy. Clarity will help you resist psychological and emotional manipulation of others. The “Heliodor” stone carries in itself the pure angelic energy of the Sun, which purifies a person's bad thoughts and encourages him to do right and good deeds.

Yellow beryl strengthens the immune system and also has beneficial effects in the treatment of the liver, spleen and pancreas. In lithotherapy, it is also used to recover from concussions and frostbite of body parts. This mineral is also used to massage the eyes, which has a positive effect on improving vision.

The gem “Heliodor” is associated with the third chakra “Manipura”, which is responsible for the assimilation of material, accumulation and distribution of energy throughout the human body. Vibrations of golden beryl restore clogged and blocked Manipura channels, which in turn has a positive effect on self-esteem and self-confidence.

Who is yellow beryl suitable for?

This gem can be worn by any sign of the zodiac . But it is especially favorable fire sign Leos , Aries , Sagittarius . “Heliodor” carries the pure energy of the Sun, and therefore can support people with a weak Sun in the natal chart . For such people, the golden beryl talisman will be like a guiding star in a new life.