Children’s horoscope. Pisces is a child. 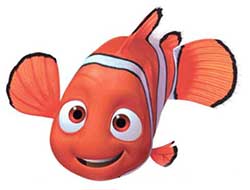 Pisces are the softest and most dreamy children. They are constantly in the clouds. They have a very rich imagination that needs to be developed regularly from childhood. Also, many Pisces are endowed with artistic abilities that can manifest themselves in the first years of life. Undoubtedly, parents need to help their child develop these talents. But Pisces is contraindicated in strict discipline, it is difficult for them to do everything on schedule, they cannot always concentrate. It is necessary to deal with Pisces children only when they themselves want it, when they have inspiration. Only in this case, the lessons will be useful.

Pisces are very vulnerable individuals. A child born under this sign can easily be offended or upset. Children – Pisces are usually whiny. They can burst into tears, it would seem, because of sheer nonsense. But the fact is that they are overly sensitive and in many ways intolerant of mental pain. Parents need to create the most harmonious, benevolent and calm atmosphere in the family, teach the child not to be afraid of the world around him, to open up to him. Otherwise, Pisces may subsequently suffer from serious psychological problems and even mental neuroses and breakdowns. 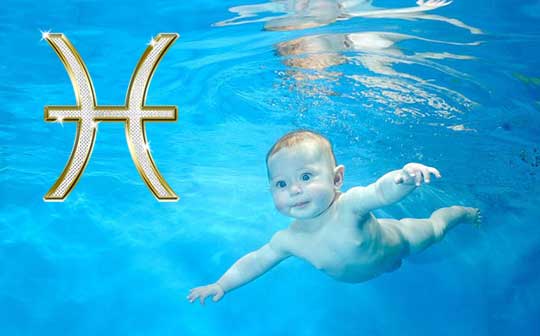 Especially difficult for babies – Pisces is given the neonatal period. Life in the womb is an ideal state of harmony and peace for them. The new world around them becomes a real shock and test, it is very difficult for them to adapt. Therefore, in the first month of life, little Pisces especially need constant closeness to the mother, the feeling of the mother’s heartbeat, smell and warmth. Therefore, when the Pisces baby sleeps in his crib, and not next to his mother, he often wakes up and cries bitterly, feeling unprotected. Fishvery strongly attached to the mother at all periods of their life. Mother for them is the embodiment of safety and protection in this cruel and frightening world. Children born under this sign need to get used to separation from their parents very gradually, starting from the very short periods. This applies to both kindergarten and school. Give the child – Pisces to children’s groups should be as late as possible, first taken to the kindergarten for an hour, gradually increasing the time of separation from the mother.

In general, little Pisces in their outlook resembles little hippies. They want to see only love, peace and harmony around them. Loud noises and angry faces can scare them to tears. Pisces are very sensitive to the emotional state of the people around them. To those who treat them well, they themselves will open up with all their soul and warmth. But they will be afraid of unfriendly people and avoid them with all their might.

Pisces children are often very shy and restrained in communicating with other people. They are safer to show their multifaceted personality in their own fantasy world. That is why Pisces are very prolific for masterpieces of music, painting or other art.