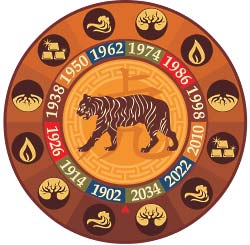 The tiger belongs to the Yang group of animals. It is the third sign in the Chinese horoscope and rules from 3 to 5 am. Winter is the season of the Tiger, and its peak is February. Its element is Wood. According to the European zodiac sign, the Tiger corresponds to the sign of Aquarius. The color that brings good luck and happiness is orange and brown with gilding. Plants favorable for them are heliotrope and bamboo. Countries for their favorable habitat – France, Uganda, Chile, Ecuador, Italy.

Years of the Tiger in our century

FAMOUS PERSONS BORN IN THE YEAR OF THE TIGER 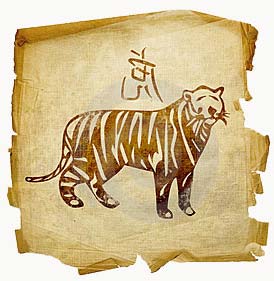 The tiger belongs to the animals of the Yang group. He came to us from the far East. The tiger is the king of beasts, he is great and he has the protection of Yin and Yang. This protection is in the drawing of the tiger's skin, contrasting stripes, they protect him from the cold, and also endowed with mystical power. The tiger is the king of the jungle, he gives his orders to beasts, and brings fear to evil spirits and demons. In China, caps in the shape of a tiger's head are used to protect against evil spirits.
The tiger is a symbol of patience and faith, he is feared and honored, but he does not protect everyone. People insert its silver claws as a talisman in their amulets, this gives people masculinity. Such daredevils risk their lives to get a striped hide and prove their courage to others. White tigers are also found in nature. They symbolize royal dignity, their skins adorn the royal robes. Also, white tigers symbolize immortality, because they live longer than all animals. But we must not forget that there are tigers who are like shy cats, although none of them differs in size from their ordinary counterparts.
The tiger will not allow itself to ride. Even if the tame Tiger growls, he will still terrify those around him. The third pentagram in the “Book of Changes” reads: “Step on the tail of the Tiger, and he will not bite a man.” Doesn't it sound paradoxical? But, probably, this is so, because condescension always gets along with the great. The tiger is great, he fights only with a strong enemy, without offending the smaller ones. Therefore, the Tiger must be handled with care.
An ancient Chinese parable tells of a wise old man who scattered grains around a house to scare off a tiger. When his disciple said that there were no tigers in their area, the sage calmly said: “You see, my method is effective.” This is a very clever parable, isn't it?
In China, the Tiger means luck, power and power. Of course, it is easy to call the Tiger a predator who, like Attila, devours everything in its path. In this case, the Tiger is gifted with deeper and more diverse talents. To be born in the year of the Tiger means that you receive a gift of a weapon of good and evil. It is your lot to learn life to the very bottom. In such situations, the Tiger risks becoming either a wild beast or a famous thinker. It is an alternative of two large paths: the first is submission to instinct, and the second is suppression and abstinence. And the Tiger always strives for tolerance and objectivity.
The tiger always lives in search of danger; maybe it is due to his desire for risk or negligence. But you need to look at this deeper, since over the many thousands of years of experience in their evolution, the Tigers realized that it is impossible to live in peace. And so they rarely die a natural death. On the other hand, it is luck and protection. He always fights with enemies, but never dies at their will.
This beast bristles in the face of lies and hates betrayal. His behavior shows that he is not only proud, but also attracts others with courage and generosity. The worst thing for the Tiger is the daily routine. 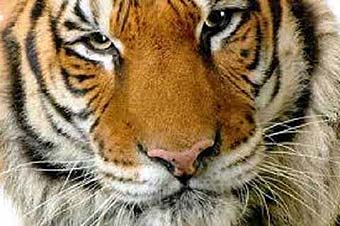 Typically, the Tiger chooses the role of a national hero, king or president. But, not having achieved a brilliant position, he can reach poverty. He has a wasteful attitude to money, he often sinks into risky ventures and, as a rule, he is lucky. He cannot live without surprises, therefore he loves unforeseen adventures. The tiger always tries his luck, chasing his chance.
According to the symbolism of the peoples of the East, the Tiger symbolizes the power of the Earth and is the guardian of human life. The tiger in the house protects from three big troubles: thieves, fire and evil spirits. But if two Tigers live in the house, then one of them must leave, because they do not tolerate the opponent's territory.

TIGER AND HIS LIFE

The Tiger was born at night – he is considered the happiest among his brothers, he is wise and calm, the night is the element of the Tiger, he is active and walks in search of food. His deeds bear good fruit, and his rivals are all asleep. Tigers born in the daytime are very active, but at the same time careless, because the daylight puts them on display.
Their childhood is always peaceful and calm, but very rich in children's adventures and pranks. In their youth, Tigers are very exciting and emotional, they are full of conflicts and changes. Tigers are very passionate natures, they are constantly pursued by other people's misunderstandings and shocks. Tigers live happily for the first half of their lives.
For people under the sign of the Tiger, maturity is interesting, but if they have not learned their life lessons and have not managed to learn to restrain themselves, then disappointment and frustration will haunt them in life. They have family conflicts, financial difficulties, and love dramas. In old age, it is difficult for them to calm down and get used to their state of affairs. Old age was not created for people under the sign of the Tiger, it is difficult for them to live up to it after battles. In general, their lives are very diverse and full of different passions, and in the end they will get the life they were striving for. The tiger dies violently and suddenly.

THE CHARACTER OF THE TIGER 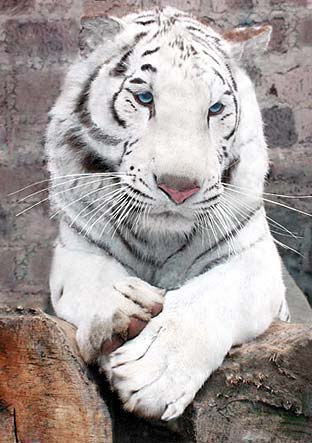 The Tigers have a talent for a broad vision of the world, they can be liberal and tolerant until it comes to their honor. They do not accept everyday life, but they have to shoulder this burden on themselves. The Tiger man has royal generosity, he willingly forgives everyone, they are not petty. He can also be harsh on himself, as well as demanding on his surroundings. People do not like this sign, lies, and know how to distinguish truth from flattery. They tend to believe that they did the right thing and are always confident in their actions.
People of the Tiger sign live by their own passions and are often in tension. These people are often confused in their contradictions, they prevent them from controlling their aggressiveness, and this disturbs others.
At first glance, the Tiger man looks kind-hearted, but this is a common delusion, since they have a strong will, exceptional fatalism and iron fists. They can resist vandals well and can easily destroy enemy positions.
Women of the Tiger sign are very passionate, active, domineering and generous. It is better for them to be born a man so it is easier to conquer the world. The tiger is born with the need to confront the current order. The Tiger woman is frank, dexterous and smart. It is difficult for her to find the right method of raising children. Of her, the mistress is useless, she does not stay at home for a long time. Her constant independence and dissatisfaction very often leads to emotional demands that greatly interfere in her personal life.
People Tigers are born rebels and fighters for justice, opposed to governance and power. They love revolutionary movements, but often do not deserve the trust they have been given. Because the Tigers do not have a tendency to think over their steps, but immediately rush headlong into the pool and drag their comrades-in-arms with them. But reasonable people will always think about whether it is necessary to follow them? And this is very correct, because their followers may be on the edge of the abyss.
If this person is put in a cage, he is more likely to become brutal, or lose his dignity. He needs endless spaces. Even behind invisible bars, he can become aggressive and easily lose control. He cannot be forced to do what he opposes. It is difficult to teach him discipline, because he does not listen to anyone, his actions overtake thoughts. His courage often borders on recklessness and thoughtlessness, as well as getting pleasure from adrenaline. Some Tigers, who gain glory in dangerous actions, surrounded by the admiration of others, simply waste themselves. They are often stubborn and straightforward and often quarrel with someone. They are often considered selfish, although they are capable of generosity when it comes to something great. They are sensitive and warm, but often grow up to be selfish. If their life gets boring
And at the same time, it is difficult to resist him, he has a magnetic character and his innate gift of authority is attractive to his associates. People often respect him intuitively, and even enemies. He loves, submission. He does not allow anyone to command him and will defend his position to the end. He is sure that he was born for great things.
If the Tiger listens to sound advice, he can easily achieve great success. But, as a rule, he does not trust anyone and often stops at important decisions and hesitates until it is completely too late. 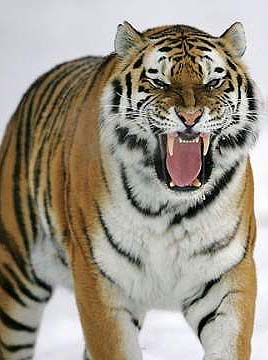 The tiger is very hardy, he always walks to visit, he does not like cars. But if there are opportunities, then he will prefer horseback riding, because he is very close to everything related to nature. On his weekends, he does not really like to look at Gothic ruins and architectural monuments, but gives himself up to active sports or hunting.