Legends say that about ten centuries ago in the distant past, the Buddha sent an invitation to all animals, promising to reward them, on the condition that they come to him on time. It is known that animals are usually engaged in non-human affairs, and in Eastern culture it is believed that the essence of an animal lies in how it sleeps, reproduces or searches for food for itself, and follows the instincts of self-preservation.

According to this legend, twelve animals came to the Buddha’s invitation. All animals came in the following order: from the beginning Rat, Ox (Ox), Tiger, Rabbit (Hare), then Dragon, Snake, Horse Sheep, Monkey, Rooster, Dog, Pig (Boar). According to other sources, instead of a Hare, a Rabbit or a Cat came, and instead of a Boar, a Pig came, instead of a Rat, a Mouse came, and instead of a Sheep, a Goat came.
As a sign of loyalty, the great god Buddha rewarded them with immortality, and appointed them one year of reign each. And now people born in a certain year will be endowed with the traits and qualities inherent in this animal. 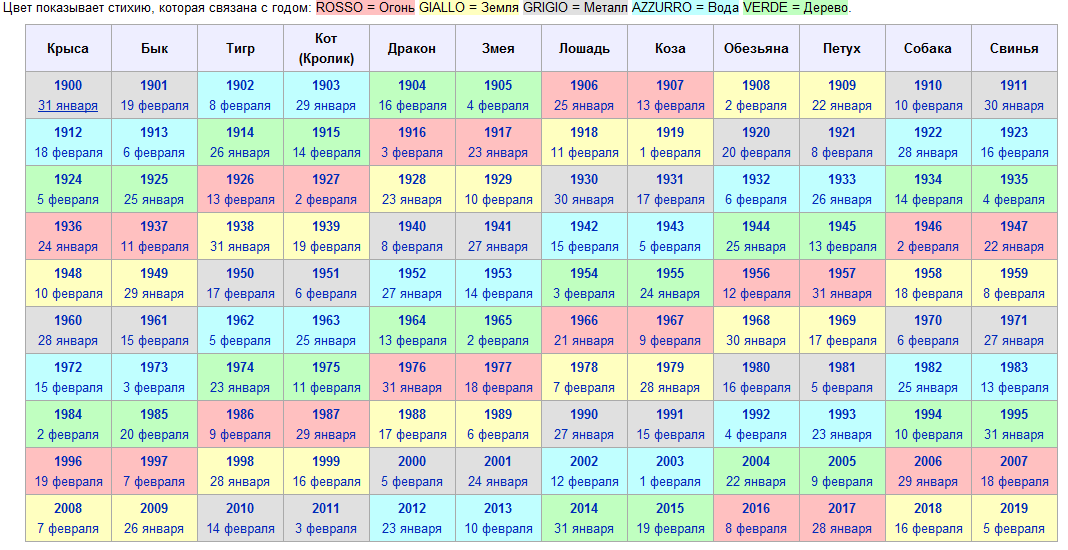 The sign according to the eastern horoscope is a single microcosm that has its own laws that are not connected in any way with other signs. There is no need to try to look for patterns, structure in the tendencies of all signs. Chinese astrology has guided and inspired the behavior of millions of people of Eastern culture for many centuries, it is difficult to even imagine having such a huge power.
It is worth noting that each animal of the Eastern calendar corresponds to the Western signs of the zodiac horoscope.
Therefore, the Rat associated with December is always depicted as Sagittarius, the Ox (Bull), patronizing January, finds a second essence in Capricorn, the energetic Tiger is like Aquarius, etc. Any person who is familiar with the Chinese lunar cycle will always listen to wise advice man – the Snake, will seek success in cooperation with the meek Sheep and will start a new business with the shrewd Monkey. It is best to play with a carefree Horse and you can always count on the Hare (Rabbit) and the unyielding Dragon. In addition, Eastern people know that the critical Rooster can only be tamed with a calm disposition, the Dog – by persuasion, the optimistic Tiger – only by struggle, and the Rat – by direct persuasion.
In order to understand how the inhabitants of eastern countries linked astrological practice with their everyday life, it is necessary to note the main principles. First of all, they wanted to know what a person can have in a given period: material wealth, honors, power, fame, good luck, success in love, prestige, profession, home, friends, attitude towards others, erudition. It is quite natural that a person asks himself the question of who I can become in a certain year and what to do. Despite the banality of such questions, this provides a key to understanding the entire Eastern culture, the bearers of which are trying to find their inner way of liberating a person and acquiring very real knowledge. The Eastern astrological school may seem to us little hopeful. And it is right, because the inhabitants of the East express their thoughts differently. They do not seek to see the flaws and flaws of the horoscope sign, but reflect on how you can become a Tiger, Sheep or Dog under certain life circumstances. Rather, we are talking about directions that imply a flexible rhythmic forward movement, because every animal has its own rhythm and gait. And everyone who wants to develop and progress should heed the advice of the Eastern sages.