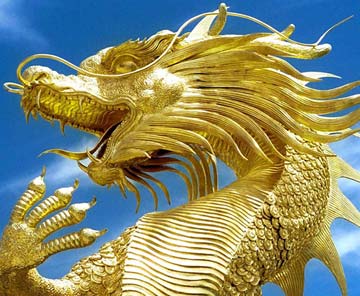 This is an animal that belongs to the Yang group. The Dragon sign is ranked fifth in the Chinese horoscope. It operates from 7 am to 9 am. The season that brings good luck to the Dragon in everything is spring, the peak of this season is April. In the European zodiac sign, Dragon corresponds to Aries. Its element is Wood. The color that brings him prosperity and happiness is yellow and black, and the plants that bring him good luck are sage, mandrake, lotus. The best countries for its habitat are Spain, Nepal, Kenya, Bolivia, Finland, Ceylon.

Years of the Dragon in our century

FAMOUS PEOPLE BORN IN THE YEAR OF THE DRAGON 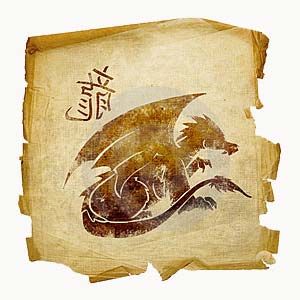 In the west, it is generally accepted that if someone is called a Dragon, this will not mean that they have paid you a compliment, but rather emphasized impatience, stubbornness and disobedience in you. The Dragon keeps several advantages inside itself, it has shiny scales and it personifies mighty power. For his residence, he always chooses inaccessible caves on high peaks or soaring in the sky. In these gloomy and dark places, heroes from mythical tales fight to the death with him, because Dragons do not forgive those who disturbed their peace. It is capable of spewing fiery jets and the earth trembles under it when it begins to move. The sign of the Dragon unites all the elements at once: he can live underground, and is in the air, for this he has wings. He swims well and is not afraid of fire.

A person often associates with this mystical animal his rich imagination and fear of destruction or chaos of nothingness. The dragon makes you tremble and bewitch. People from ancient times, depicted the Dragon on the walls of temples, this is a kind of tribute for the ruler of the underworld and it is a spell from evil spirits. In ancient China, the image of Dragons was placed on the roofs of houses as a symbol of protection and patronage.

In the countries of the East, during the New Year celebrations, large paper Dragons are carried along the streets, they personify the past year, and at the end they are burned so that, like the Phoenix bird, they are reborn from the ashes. At all times, the Dragons were looked at with great respect and a great sense of horror, since it is an echo of the mystery, the human soul and his inner world.

The dragon has always symbolized the last obstacle and test, the decisive stage at the end of the path before the discovery of treasures – this is a symbol of enlightenment and wisdom. A dragon slain by an Archangel can easily turn into a handsome prince. This Dragon is not terrible at all, but on the contrary is too attractive. Often Dragons are depicted with a large number of heads, this personifies the diversity of his passions inhabiting the human psyche, an unrelenting desire that is present in the depths of the subconscious. For example, if you chop off one head of the Dragon, another will surely grow in its place, so you should not pay much attention to them. For the victory of the Dragon, you need to hit exactly his heart, it is their vital root. The victory of the Dragon means to curb your own passions, his death gives a person immortality and invulnerability. 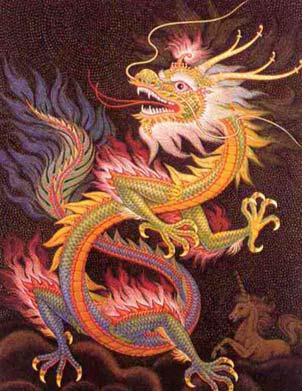 In Indian mythology, the Dragon is often depicted as a half-animal – half-human, he is considered the ancestor of the inhabitants of Kashmir. He is distinguished by unusual beauty and is very brave, in order to appease him, you need to hang more different decorations on him, because the Dragon loves glitter and gold.

The European Dragon lives in the underworld, where it has no space restrictions. He has magnificent palaces, fortresses and magical gardens. He often walks on earth, he does not always sympathize with people and the enemy of the gods.

In Legends, you can find stories about marriages between Dragons and people, among the Druids it is called Totem. To this day, Dragons are revered in Kashmir and India. In Christian culture, there is also an idea of ​​the Seraphim, he shares an important place in the hierarchy of ranks of Christianity, appearing around the throne of the Lord, in the form of various monsters, and very similar to the Dragon. He also personifies the threshold, the border, he is the guardian of the Absolute and he loves to be addressed in the most desperate situations.

In ancient China, Dragons are believed to contain truth and good fortune. He brings wealth and benefit to those who turn to him very politely, and invite him to his home, only in this case he patronizes people.

DRAGON AND HIS LIFE

People born in a thunderstorm under the sign of the Dragon are considered happy, they cannot imagine their life without their beloved freedom, air, space. In the first half of their life, they may experience various difficulties, because these people demand too much from others. Childhood for people of Dragons does not always go smoothly, they meet many difficulties, and must establish themselves, their adherence to principles and intransigence create constant problems for them. The Dragon Man constantly experiences dissatisfaction due to the inconsistency of his ideals, his reality.

In the second part of life, they are often hindered by their artistic character, they realize that they are higher than their surroundings, and because of this they suffer if they do not meet understanding. But, for the most part, everyone admires them, and often the successes of people under the sign of the Dragon are so great that other troubles against the general background seem just insignificant. Dragons in old age will certainly be happy, if they have achieved what they were striving for, life gradually gains balance.

THE CHARACTER OF THE DRAGON 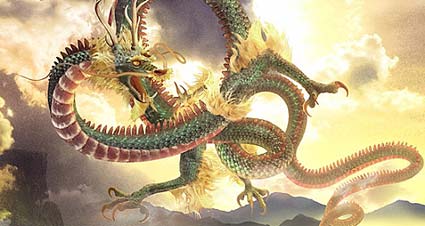 In the Eastern countries, Dragons are considered a sign of good luck, it is a symbol of life and symbolizes boundless heavenly power. The dragon represents wisdom, but not deeds. They charm, go ahead and are capable of anything, it seems that they are successful in everything. People Dragons are filled with vitality, and easily endure difficulties and are accustomed to hanging out circumstances, as if playing cards. Meeting them, it is impossible not to smile. They always have a lot of their fans who believe in their infallibility.

People born in the Year of the Dragon are gifted individuals. They are generous, tenacious and intelligent, they are capable of much. And they are used to doing everything very efficiently, these people rarely live in need. And unlike the Rabbit, Dragons can be recognized only in exceptional situations, they are not at all naive like Pigs (Boars), because they have firm and strong convictions, so it is difficult to deceive them. Their weakness is everyday life, they easily lose their shine from it, or vice versa – they transform to grace. They are straightforward and strong, incapable of scandals, hypocrisy and duplicity, often they lack a little diplomacy and tact.

People born under the sign of the Dragon have many different positive qualities, they are distinguished by liveliness of character, charged with enthusiasm and very energetic. These people are very clean and meticulous, they try to do everything right, and as a rule, they are very successful at it. They are not afraid of defeat, because Dragons are endowed with good health from childhood. 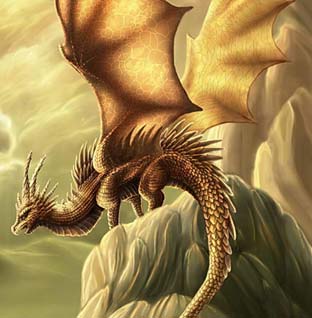 But if the coincidence of circumstances turned out to be unfavorable, people of the Dragon sign can become irritable and impatient if they do not prevail over this vice, which is why they are so demanding of relatives and friends. Such people Dragons do not have any patience, and do not know how to bypass difficulties, to be tactful, even if their lives depend on it all. They are too confident in themselves, and do not tolerate any doubts, therefore they cannot understand why others doubt them, because of all this they have difficulties. People who were born under the sign of the Dragon are idealists and often achieve perfection, they can give up a lot in order to achieve even greater goals. Desiring a lot, these people give a lot.

People under the sign of the Dragon are irritable and uncompromising, they can promise a lot, but often their thoughts are ahead of intentions. Although they can be very harsh, his opinion is worth listening to. People are used to listening to their advice, which is why their influence is great. It happens that they do not know how to admit their mistakes and are simply rude, but this does not cause protest among others. On the contrary, they are full of different admirers who sing praises. Even if they are refused, they immediately become categorical and do not back down anyway.

Dragon people are enthusiastic and very proud, their brilliance is dazzling. They are irresistible seducers thanks to the warmth of their inner nature, without them the world would be gray. People under the sign of the Dragon surround their lives with wit, often after the bright euphoria that the Dragon has arranged, he can burn out in the glow of his fire.

Arranging a fight with people under the sign of the Dragon is not easy, it is better when he gives you advice and patronizes. It is more enjoyable and easier for everyone. It is better to follow his advice unquestioningly, because they are often correct, people of the Dragon sign are almost soothsayers. Many people tend to consider their advice as absurd, but even then they are brilliant.

Everything will go well if this person has a sober mind, but unfortunately, this does not always happen. After all, these people do not use the advice of others, which they themselves give to everyone in a row. They warn their friends and loved ones about troubles and danger, and they themselves rush into the pool, not often thinking about the consequences. A person born in the year of the Dragon must remember that he is not a real Dragon, but a mythical animal from fairy tales and legends, and a person is a person. Dragons never manage to find complete balance, and many of them try to escape reality and hide. 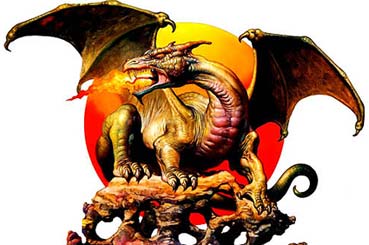 People born under the sign of the Dragon are smart and know how to benefit society, often displaying their achievements. In fact, they are not so cultured and educated, but they can be very interesting storytellers. They are not satisfied with secondary roles, they were created for the main paramount positions and probably because of this they are often dissatisfied with something.

In the East, the Dragon patronizes: wealth, harmony, charity and long life. But every medal also has a flip side, and there is some deception here: people know about these qualities of Dragons and therefore believe them, and in fact they believe because they are Dragons.

During the day they shine and shine, but the brilliance is often superficial, their power of the Dragon people is in illusion. In fact, the Dragon has a rather hidden character, it is a very disguised creature. An animal that exists for carnivals and celebrations, they look pretty strong. They can be made to release water, fire, and even gold. But after the holiday, paper Dragons are necessarily burned, and they should be reborn like the Phoenix in the next holiday.