Compatibility according to the Eastern horoscope – this is what the inhabitants of the East pay very much attention to. And we will tell you about the most favorable and unfavorable connections between the signs of the horoscope. As in Western astrology, they are connected by triangles of compatibility, and these connections are considered the most favorable. In the picture, you can easily trace the relationship between animals. 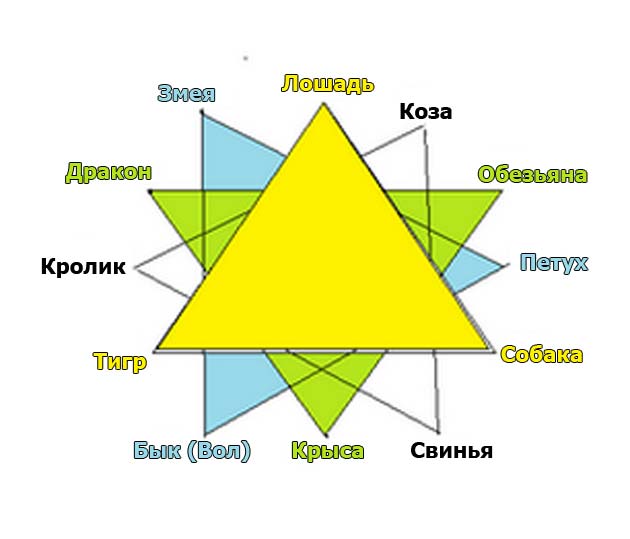 The first triangle consists of Rat, Dragon and Monkey. These are signs of progress, new beginnings, they are able to take initiative. Usually they give rise to action, remove all obstacles from their path and are considered the most penetrating. They are unrestrained, hot-tempered, if inactive. These signs are ruled by dynamic energy and ambition. Such people are real producers of new ideas, and when united, they are simply invincible.

The second triangle contains the most targeted signs: Bull (Ox), Snake and Rooster. They are executive, selfless fighters and can reach great heights with their inherent consistency and determination. These signs have unshakable conceit, they rely only on themselves, on their mind and heart. They are slow and confident in their actions, preferring to act independently. But they cooperate perfectly in mutual actions.

The third triangle consists of Tiger, Horse and Dog. These signs are aimed at serving a person, all-round understanding and mutual communication. They are based on honesty and openness. As a rule, these are great idealists. They are always honest in their intentions, rather impulsive and able to ignite enthusiasm in others. These signs also have assertiveness and a strong character.

The fourth triangle is made up of the most emotional signs: Rabbit (Hare), Goat (Sheep) and Pig (Boar). These signs listen primarily to their personal feelings and to what they can achieve thanks to them. They know how to express their thoughts, have excellent intuition, are very artistic and aesthetic. They are great at expressing themselves in art, diplomatic and capable of deep understanding. Such people, in comparison with other signs, have a balanced character. Although they give new beginnings and leading roles to others, they always easily adapt, because they are very kind to others. 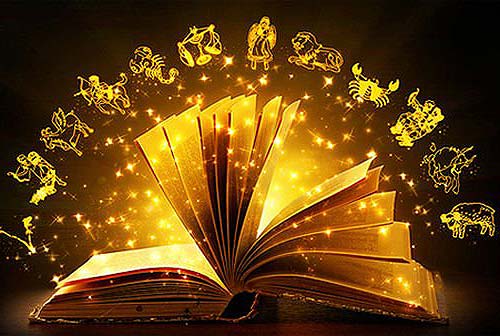 All these signs are considered compatible according to the eastern horoscope.

The most incompatible of the po signs are those that are located in a circle opposite each other. As a rule, they are unfriendly, there are frequent clashes between them. For example, a Horse will have conflicts with a person born in the year of the Rat. The Ox is the Sheep's worst enemy, and the biggest friends are not the Tiger and the Monkey. The Hare cannot stand the Rooster, and for its part the Rooster cannot stand the Hare. The Dragon and the Dog are difficult to cohabit, and the Snake and the Boar prefer not to meet at all.
Signs that are not exactly opposite each other and do not fit into triangles are compatible according to the Eastern calendar, but to varying degrees. Although the ancient Chinese method of astrology is not too dogmatic. He does not force us to sort out our weaknesses and shortcomings. Rather, it pushes us towards change itself and forces us to seek more varied and rewarding paths. Are we having difficulty communicating with the Dragon? We are asked by some Monkey and Rat to mediate between them? Does the rooster help us express our thoughts? Does the restrained Rabbit (Hare) make us nervous? Driven to despair by the fiery temper of the Tiger? Instead of driving us down and quarreling, the Chinese horoscope will teach people how to best interact. It will open up new means for us to achieve success and protect us from collisions. 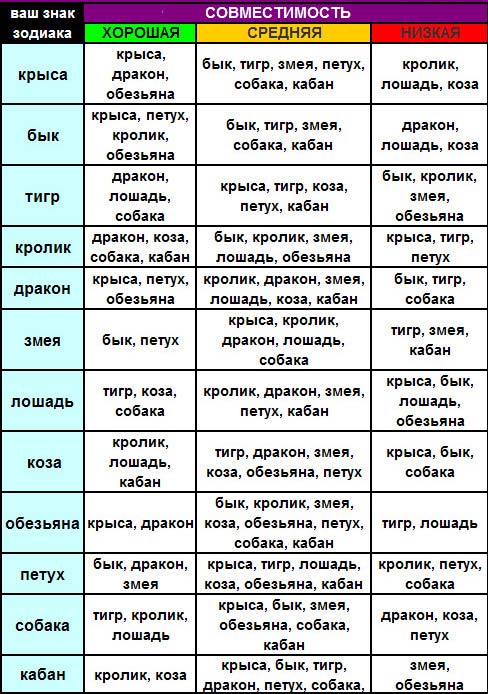