Five elements and the year of the Rooster in our century 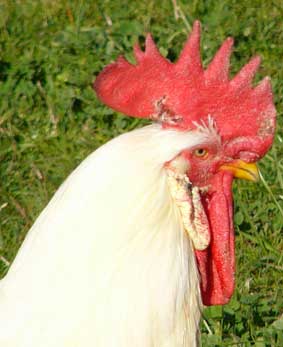 The Metal Rooster is prone to reflection. He has a talent and aptitude for analysis, classification and reasoning. His mind sorts and examines everything in detail. He is hardworking and pragmatic, and all this together makes him a true treasure in any business, no matter what business he starts to do.

In addition to their intellectual interests, these people enjoy leading a rich and varied social life. Despite the fact that he can maintain fighting qualities, he knows how to cooperate and get along with people. He can also be a close friend, loyal and sincere. Only companions and family are aware of his pursuit of leadership and emotional poverty. Since these people were born in the sign of the Rooster, they have a share of narcissism and selfishness. However, they sincerely want to do their bit for the common good and help mitigate the world’s problems. 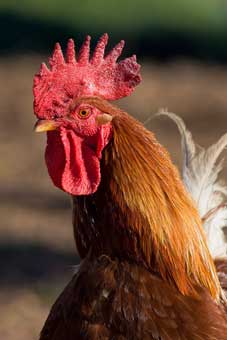 People born under the sign of the water rooster have a rich imagination and great imagination. They are much more flexible than their cousins ​​(luckily for them). They are able to put themselves in the shoes of others, and this makes them pleasant personalities. But nevertheless, it is sometimes difficult for them to resist the temptation to seem more significant than he really is. They love to charm the interlocutor.

This watermark is not as dreamy as its other cousins. These people are obsessed with striving for excellence, strive to make a professional career in life. They are not as strict and sacrificial as others. These personalities are very communicative and great conversationalists. These qualities, with his initiative and perseverance, make this sign an excellent leader.

Cheerful, sociable, open, Wood Rooster knows how to show his best side and instantly win over people. He knows how to find an approach to everyone. This Rooster respects traditions, values ​​the family hearth and true values ​​in life. Of the Roosters, he is the calmest.

Despite the fact that the Wood Rooster refers to a pugnacious and boastful sign, he does not succumb to the influence of the moment, but remains true to his beliefs and ideals.

Since the Tree rules this sign, it also gives it the ability to cooperate. He communicates with people respectfully, demonstrating good breeding, and at the same time very subtly imposes his principles on the interlocutor. Thanks to all these qualities, the Wood Rooster has a good chance of occupying leadership positions. He is calm, and therefore it is pleasant to work with him. In a high position, he takes care of his subordinates. 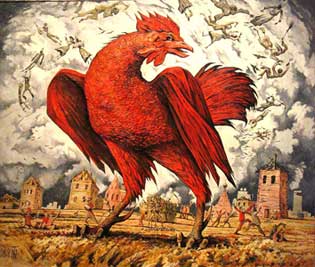 Thanks to the Fiery Heat, this Rooster is energetic and very temperamental. He requires from others as much effort as he alone can give. He is a born leader; can be authoritarian, hot-tempered, harsh and intolerant. Lack of flexibility and a mania to look at other people’s shortcomings under a magnifying glass lead to his alienation from the team, despite the fact that he does it with the best of intentions.

The Fire Rooster is tireless, ambitious and plays for high stakes. He has great organizational skills, knows how to lead and counts only on his own strength, finding his place in the world. This person is stubborn and tireless.

In matters of the heart, the Fiery Rooster is an egoist, demands loyalty, and he himself does what he wants. He plays a double game in order to avoid answering at any convenient moment. 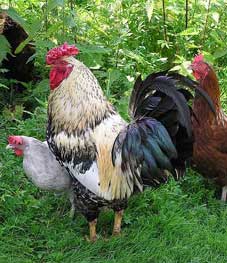 This Rooster is ruled by the Earth, therefore he is attracted by safety and comfort. He has a talent for solving practical issues, he is a committed and effective worker. In any job, he is highly regarded for his decision-making ability and maturity of judgment.

The Earth Rooster rejects innovations, seeks to adhere to well-established rules and traditions, clings to them like a drowning man on a lifeline. He doesn’t like things that are useless or temporary.

Another characteristic feature: he is very critical of others, especially those close to him. This Rooster is the coldest and most balanced of its relatives. He is tough and immune to other people’s emotions.