TYPES OF PIG (KABAN) IN THE EASTERN HOROSCOPE 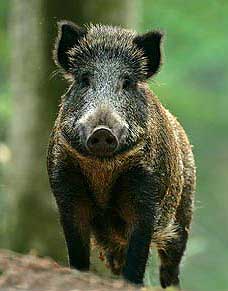 The best quality of a Pig (Boar) controlled by an element of metal is discretion, thanks to it, these people manage to safely get out of various unpleasant situations. He is conservative than his other brethren and is more cautious and wary of surprises. But, despite the fact that the sign of the metal boar acts methodically and carefully, and makes a good career, in a relationship he is open, direct and very trusting. For people born under the sign of a metal pig (boar), reputation is very important, and they will not give up if they can gain even greater authority and social position.

These people maintain a great distance in communication with others outside their circle. This style of communication borders on impolite, but in reality they have a good character and they are capable of being sincere people. Since the boar has a hot heart, he tries his best to demonstrate his love to those he loves and has feelings.

He is one “soul and body” with his partner and finds his happiness in family life. 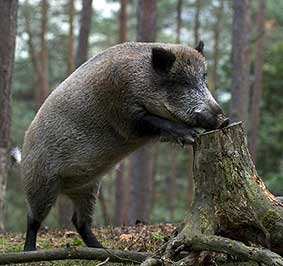 Thanks to the influence of Water, this Pig is the most fickle and unpredictable of all. This sign is always ready for immediate action, but at the first difficulty it washes its hands. He does not tolerate opposition and becomes enraged if something does not work out the way he wants.

The Water Pig resembles a capricious child. He behaves very independently, does not listen to advice and does not accept norms. Deep down, he needs to believe in people close to him and in the fact that the family hearth is a place where he can always hide in difficult times.

The boar has a developed intuition, can guess other people's intentions, and this helps him a lot in communication.

Most often, the Pig manages to be restrained and diplomatic, but at times earthly passions still overwhelm him.

The Wood Pig knows how to show his best side and wins the sympathy of people almost instantly, he needs to be on good terms with everyone. However, he is promiscuous in connections, so he often succumbs to bad influences and gets involved in trouble. He himself manipulates people well, is able to rally a large crowd around him and become its leader.

The boar has a sensitive character, is very sociable, emotional and unstable, can move from one state to the opposite in the blink of an eye. This Pig is mobile, loves to play sports; movement and healthy competition stimulate it and have a beneficial effect. His intelligence and energy make him an excellent organizer, and he also has a kind heart.

In his personal life, he does not differ in constancy, breaking up relations and new hobbies for him is a common thing. 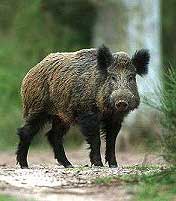 Fire has endowed this sign with inexhaustible energy. These individuals know how to work with full dedication. They are extremely stubborn, the Fire sign of the Boar (Pig) chooses its own path, otherwise it will always be dissatisfied with something in life.

These people are fearless, always confident and optimistic. Can be a little arrogant and even aggressive. All this because of their ardent disposition, they are always surrounded by people who want to recharge from their energy.

They love to mobilize and unite people for some cause, and at the same time gain many followers and supporters, while becoming exceptional leaders.

People under the sign of the Fire Boar (Pig) are pursued by extremes, and it is difficult to do something about it. They can fly very high, or they can fall into the underworld. 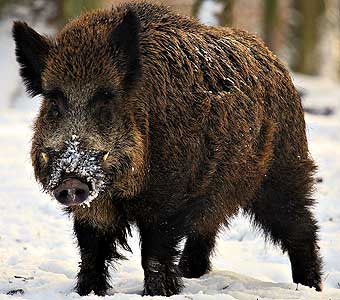 People born under the sign of an earthy pig (boar), like no other, are attached to the material world. They yearn to live in great luxury, in a nice comfortable home, surrounded by beautiful and expensive things. For nothing they will not resist pleasures, and will not be able to deny themselves a source of entertainment or a good feast.

It is equally important for people under the sign of the Earth Pig (Pig) to achieve good success in life. Therefore, they will not miss an opportunity to remind them of their achievements and merits and will stop at nothing if someone stands on their way to the top. But usually they are peaceful and sensible and always think twice before doing something, and this often bears fruit. Their practical mind weighs the pros and cons in all situations. They are stubborn, calm, and able to withstand a lot of stress. Productivity is one of their priorities, they are not afraid of responsibilities, and this makes them very valuable workers. And since they know how to avoid conflict situations and remain faithful, they therefore enjoy the full confidence of others.

Due to the influence of the element of the Earth, they value material values ​​very much, are very ambitious and over time acquire everything that they passionately desire.