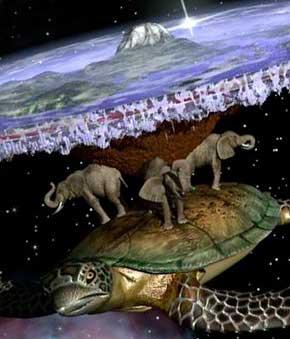 In the theory of the world order, among many peoples of the world, the turtle plays an important role. Eastern peoples associate the beginning of the universe in general with this animal. European alchemists of the Middle Ages argued that this symbol was the primary cause of physical matter. The ancient Greeks believed that the turtle personified the constancy of physical processes, and the inhabitants of India are still convinced that the turtle is the progenitor of all life on earth.

The Feng Shui turtle in China is a kind of harmony of yin and yang – a symbol of cosmic order. This animal symbolizes longevity, wisdom, constancy, perseverance, health and protection.

The meaning of the feng shui turtle mascot

In any form and in every home such a talisman as a turtle should be present. This is a kind of protection, without which (according to the Chinese), the house is considered unsuccessful. The main advantage of a turtle mascot is luck, assistance in solving difficult problems, an increase in living standards, and an increase in income growth.

The tortoise shell represents a symbol of stability and reliability. If a person has his own turtle, as a kind of amulet, then he will be under the turtle's shell, which means he is completely protected.

In addition to health and longevity, the Feng Shui turtle is a symbol of labor that is rewarded sooner or later.

A turtle is like a lonely animal, and therefore even an image or figurine of a single turtle is able to cope with any problem. Since there cannot be much good, the Chinese prefer, without hesitation, to place talismans in different parts of the house, in large numbers.

Talismans are made of metal, wood, plaster, ceramics, they are painted in different colors. They draw on fans, panels, paintings, etc. Even a soft turtle toy can act as a talisman.

Undoubtedly, the best turtle is real and alive. A wonderful feng shui mascot is a pond or an aquarium with one or more turtles. However, if there is no desire to mess with them, it is enough to place a symbolic turtle in a container with water.

Types and colors of turtles 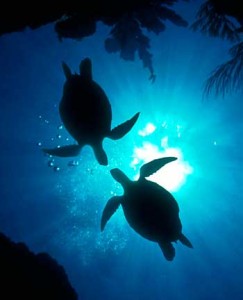 A black feng shui turtle should be placed in the north, since it is she who is the guardian of the north.

If you need help in your career or work, it is recommended to purchase a metal turtle, and it can be pure metal, or painted golden or black.

The ceramic turtle solves a career issue, endows its owner with wisdom, and increases financial income.

And, nevertheless, despite the material from which the mascot figurine is made, it will always play the role of attracting finance and good luck.

To protect children, it is better to present a gift in the form of a soft animal toy.

Few people know that you can make your own talisman yourself by cutting it out from a magazine or newspaper, or simply draw it on a piece of paper. If you draw a blue triangle on its shell, then the Feng Shui turtle will symbolize water. You can place a photo in the center of the triangle. It is advisable to place this symbol in the north of the room, raising its head up, then one can expect a take-off in business or career.

Where and how to place a turtle in the house

The most important place for the turtle in the house is the northern part, i.e. Career sector . This part is the place of the water element. To strengthen this sector, you should purchase or draw a black turtle. The aquarium with a turtle located in the north gives a powerful force, but only single, since 1 is the number of the career sector.

To create family well-being, it is recommended to use the turtle located in the east . In this case, you should use a talisman of three turtles in the form of a pyramid.

Do not forget about the wealth sector – this is the southeast, there should also be a feng shui turtle. In this case, you can use a real animal, a golden or wooden figurine. But best of all painted in the color of gold coins.

If you want to acquire powerful patrons, you can place six turtles in the north-west . This will undoubtedly bring the support of influential people.

The turtle mascot on the desktop is very important. It should stand behind your back, providing stability and a secure rear. If there is a wardrobe or a wall behind your back, then it is better to hang a fan, picture or panel. If there is a window, then a turtle figurine can be placed on the windowsill. But you cannot put an aquarium with a live turtle behind your back, since water, in the truest sense of the word, will wash away all efforts and aspirations to build a career.

In a private house, you can settle an animal in a pond. The most important thing is to make sure that this turtle house is not to the right or back of the house. Ideally, the turtle should live in the north of the house. The Feng Shui turtle always brings good luck and protects its owner.