The ascendant, showing the way of people of expressing themselves in society, being in Leo (top of the 1st house) of the natal chart, requires balancing the contradictions between the desire to lead, demonstrating the strength of the personality, and the tendency to idle, lazy pastime. It is impossible not to notice these owners of the ascendant in Leo.

Generously endowed with charisma and fiery energy, they attract attention with a regal appearance and manners, presenting themselves as very special ones so skillfully that those around them instantly believe in it. These are conscious manipulators, ready to exceed moral laws for their own benefits, but generous and just, if it does not infringe on their interests. The Rising Leos never fully trust even trusted people and feel on stage even alone in their own homes.

The fictional role encloses the owners of the Ascendant in Leo with a strong aura so tightly that they forget about their present themselves. In the absence of real correspondence to fantasies, these individuals overestimate their strengths and talents, which looks from the side of pomp and arrogance. Spiritually developed and intelligent people become  masters, with enthusiasm leading admiring subjects to a great goal. They show fearlessness and foresight, know how to lead, forming a team of talented smart assistants. 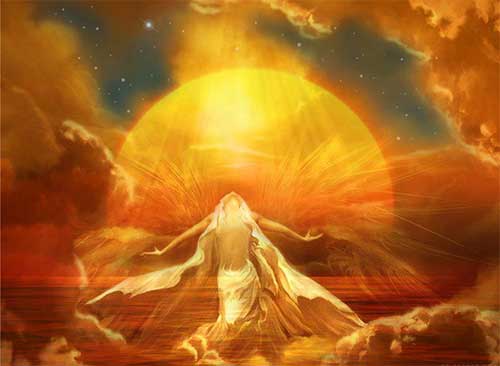 Distinctive external and behavioral traits of such individuals:

People with an ascendant in Leo adore luxury and quite quickly draw up a handful of it if they develop the talents given by nature, especially with the support of the royal star Regulus next to the Sun, which is often the case for those born on August 23-26. Striking examples are Louis XIV, Napoleon Bonaparte, Bennito Mussolini, Alexandre Dumas, Marilyn Monroe.

Leo ascending in a woman’s horoscope

A luxurious socialite, well-groomed and exquisitely dressed, attracts with a cheerful disposition, self-confidence, spreading a radiance of cheerfulness. She charms and falls in love with the interlocutor with her benevolence, graceful speech and noble intentions for which she is ready to work, as well as generosity and responsiveness.

However, do not forget that this image can be exaggerated outwardly in order to impress others. Having reached the pinnacle of fame and success, the owner of the Ascendant in Leo risks losing touch with reality, considering wealth to be a reason for dominating others, regardless of their desires. If the dream does not come true, it becomes sarcastic and bitchy, taking revenge on others for failures.

A girl with an ascendant in Leo sincerely loves children and becomes a wonderful mother, taking part in their fun with pleasure, but also requiring achievements in the field of study and creativity, confirmed by letters and awards. For a happy marriage, she need a strong man who will not interfere with personal and creative development, giving her enough freedom and independence. Leo ascending, Sagittarius, Capricorn and Libra will make a good pair.

Leo ascending in a man’s horoscope

Ascendant in Leo gives two types of personality in the male horoscope: born leaders who do not need to prove leadership – it flows through the veins and fills the eye with power, and charismatic sexy artists with sparkling humor, playing the main roles.

The native does not suppress others and does not cause irritation with a privileged position, thanks to the regal manners and impeccable polite behavior towards others, as well as nobility and generosity. Combined with confidence and authority, these qualities make him incredibly attractive to women. He chooses a bright independent girl in whom he sees a queen worthy to share the throne with him. He is attracted by the rising Lionesses, Libra and Sagittarius.

The native is a great father. He remembers his childhood well and transforms into a playmate in communicating with children, while he loves to give gifts and surprises. The behavior of a man with an ascendant in Leo is influenced by the position of the Sun in the horoscope. For example, in fire signs it manifests itself as an explosive and arrogant disposition, in water signs it enhances creative gifts, in air and earthly ones – the ability to be friends and be true to the word.

People with Leo rising  receive fame, money and honor in any business, except for monotonous routine work away from society. They need a society in order to shine and rule, which is easy to implement in state structures of the highest level, military affairs (subject to a commanding position), theater, cinema, stage, circus, television. Good luck also awaits in jewelry: these individuals themselves love to work with precious metals and create exquisite jewelry, or may own a factory for their production.