The planetoid Chiron in the 8th house of the horoscope teaches a person to expand consciousness, going through crisis states associated with the themes of the eighth sector – inheritance, marriage, divorce, death. The duality of the asteroid manifests itself in the intermediate time periods before an important event – dismissal from work and taking up a new position, the decision to inherit when the papers are not signed.

The transition from the usual egregor to another distorts the native’s consciousness with doubts, fear of change, and here the karmic humor of the mentor of ancient heroes is turned on – he experiences the ward with unexpected obstacles, presumably insurmountable from the point of view of the layman.

Profitable projects are postponed, a wedding and divorce are on the verge of failure, if the owner of Chiron in the 8th house does not abstract from the situation and soar above the generally accepted norms of behavior. The solution to the rebus of a planetoid always lies encrypted on the surface.

Sisters-brothers, classmates, uncles-aunts and colleagues are most often the cause of crises. Chiron’s ward rushes between two fires, like a real diplomat, trying to please all parties. In the midst of emotional chaos, it is necessary to remain true to eternal values ​​to stay afloat. 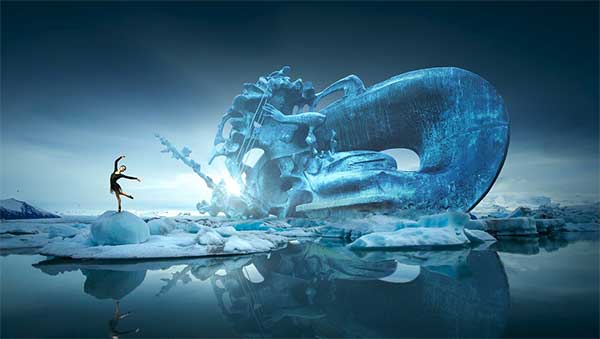 Features of the study of hazards

Harmonious Chiron in the 8th house helps to establish contact between the higher and lower principles, maintain balance, restraining the craving for cheating and interest in dark forces. The native loves “black humor”, has a penchant for secret magic rituals, espionage. When choosing the latter, both at the household and professional level, it becomes a double resident, successfully misinforming opponents, but in the event of disclosure, makes cruel enemies. The danger posed by Chiron in the 8th house is like an iceberg, most of which is hidden under water.

The planetoid contributes to:

Strengthening mental health, carefully developing psychic abilities, especially the hypnotic gift, will help to avoid the threat of fatal defeat and succeed in military service, law, forensics, vocal and circus arts. The native subconsciously chooses the profession of a trainer, illusionist, surgeon, musician in order to neutralize the risks.

Chiron in the 8th house teaches not to exalt the desires of the ego in social relationships. Wanting benefits for yourself, you should let go of the situation so that it is resolved for the highest good of all participants. The native tries to secure himself with a large amount of money, makes deals with his conscience, but paradoxically falls into dependence of a criminal nature, having lost his moral vigilance. The nature of the trauma and the way to overcome it depends on the zodiac sign of the eighth house:

2. Gemini, Libra, Aquarius – suffer from loneliness, in the process of looking for a soul mate they attract scammers, info-gypsies, dishonest realtors. Gossip and slander lead to material losses. The partners are talkative, with a medical or journalism background. Entrusting secrets to unfamiliar people is easy to fall into the trap.

3. Taurus, Virgo, Capricorn – they own several types of private property: an apartment, land, a country house, receiving a part by inheritance. Great interest in forensic science, pathology, or the choice of partners from these areas. Danger from counterfeiters, deception in currency exchange, bank transfers, registration of documents for real estate.

4. Cancer, Scorpio, Pisces – relatives hide a stone in their bosoms: they borrow money and do not return it, they cheat with the inheritance belonging to the native, secretly copying on themselves. Wealth comes from a life partner. Death occurs under mysterious, confusing circumstances. You cannot trust magicians and psychics, participate in occult rituals. The best defense is prayer practices. The danger of betrayal, tsunami, mental illness.

The favorable aspects of Chiron in the 8th house with Mercury in the natal chart give creative insights that help to get out of the trials of fate with honor, with Mars – including the courage to go ahead, defeating enemies, with Venus – bring beneficial parties of matrimony, diplomatic abilities to pacify the participants in the conflict. Square with the Moon portends diseases of the genital area, sexual disorders, with Pluto – the imposition of his personality on others, ignoring the danger when the native himself provokes a threat to life.